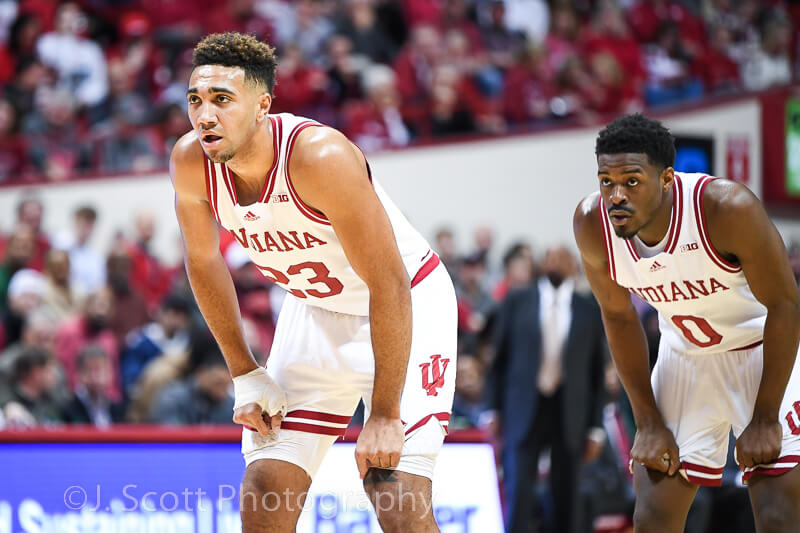 After passing their first major test against Xavier, the Hoosiers took a break from top competition with three lesser teams this week before a five-game gauntlet starting next Wednesday. As expected, Indiana had little trouble with any of the opposition and is now a perfect 6-0 and likely headed for the top 10 when the new polls come out on Monday.

In non-game related news, Assembly Call, Podcast on the Brink, and Doing The Work all had new episodes this week, while Indiana coach Mike Woodson had his weekly radio show. We will as usual conclude with a look at how other IU sports are doing, led by the Bucket Game in football and men’s soccer still alive in their quest for yet another College Cup.

Looking for tickets to upcoming Indiana home games? Vivid Seats has you covered. This week Indiana hosts North Carolina in Bloomington before traveling to Rutgers. Vivid Seats is a full-service provider – with an industry-leading customer service team, reachable by phone or online during extended business hours. (These links are Inside The Hall affiliate links, so a commission will be paid to ITH if you click and make a ticket purchase.)

After a hostile environment at Xavier last week, the Hoosiers turned around and played a pseudo-home game in much friendlier confines two days later in Indianapolis. After some early struggles, the team easily disposed of the inferior Red Hawks with a strong second half 86-56. Ironically, Miami (OH) is coached by Travis Steele who was the headman for the Musketeers last season.

Afterward, Woodson and Steele spoke, Inside the Hall had a photo gallery, Ryan Corazza wrote a Minute After and Film Session, Alex Bozich penned Five Takeaways, while Amanda Foster had a column discussing IU’s depth.

In their second contest this week, Indiana was without three key players as Trey Galloway, Trayce Jackson-Davis, and Anthony Leal all sat with injuries. Also, Malik Reneau and Race Thompson got injured in the first half, leaving the Hoosiers with just Logan Duncomb and Kaleb Banks in the frontcourt. Reneau and Thompson did return in the final 20 minutes and that eventually allowed IU to pull away from a pesky Trojans team 87-68.

A relatively healed-up Hoosier squad took the court the Friday after Thanksgiving with Jackson-Davis, Reneau, and Thompson all able to return from their various ailments which resulted in an easy 90-51 victory over Jackson State. While the team was much healthier, the night belonged to Tamar Bates who had a career game with 22 points and four three-pointers. Xavier Johnson also had another strong showing with 16 points, while Jackson Davis added 11 points.

Afterward, Woodson spoke, Inside the Hall had a photo gallery, Corazza wrote a Minute After and Film Session, Bozich penned Five Takeaways, while McDermott had a column about Bates.

The Hoosiers face highly-ranked North Carolina and a pesky Rutgers squad this coming week as the competition ratchets up for a while.

Banner #4 – Podcast on the Brink, AC Radio and Doing the Work

Podcast on the Brink and Assembly Call both had new episodes this week. POTB discussed what has been learned about the team so far with guest Ryan Corazza. Meanwhile, AC Postgame had three shows this week after each game.

Meanwhile, Doing The Work had a Monday show to discuss the win over Quinnipiac and the contest the previous week against Bowling Green. The women’s team is a perfect 7-0 on the season and is up to 5th or 6th in the country depending on the poll.

The Hoosiers went to Las Vegas for a tournament over Thanksgiving and beat Auburn and Memphis. The game against Auburn on Friday was eventful in both negative and positive ways that had nothing to do with the result itself. The good news for Hoosier fans was that star center Mackenzie Holmes confirmed she plans to return for a fifth season and use her COVID year in 2023-2024. The potentially devastating story was a possibly serious knee injury to star guard Grace Berger when she went down to the floor fighting for a loose ball very early in the game. There is no update on how severe an ailment it was at the time of 6-Banner being published but IU coach Teri Moren was very emotional when discussing Berger after the Friday game, possibly implying the team fears the worst. However, Moren was much more optimistic about the injury potentially not being as serious as first feared after the Memphis contest Saturday. An MRI will be done upon landing in Bloomington Sunday which should confirm a diagnosis.

IU coach Mike Woodson had his weekly radio show Monday night. During the program, Woodson joined Don Fischer to discuss the win over Miami (OH). Also, Adam Howard, one of the Hoosiers’ graduate managers made a guest appearance.

• Men’s Soccer edged Saint Louis to get to the Sweet 16 of the NCAA Tournament for the eighth straight time. They host Marshall tonight at 6:30 pm on ESPN+ in the round of 16. This will be the final home game of the season as the Hoosiers look to get to the Elite Eight for the fourth time in six years with a victory over the Thundering Herd. They would travel to Stanford or UNC-Greensboro with a College Cup berth on the line next weekend with a positive result.

• Football was blown out in the Bucket Game after starting quarterback Dexter Williams suffered a potentially serious leg injury early in the contest. The victory allowed Purdue to win the west side of the Big Ten and head to Indianapolis for the conference championship.

• Volleyball upset Ohio State and Illinois before falling to Maryland to close the year. However, it was the Hoosiers’ best season in some time going 9-11 in conference and 16-16 overall which allows for positive momentum for the program heading into 2023. The last IU team to win nine league games was the great 2010 Sweet 16 squad led by Ashley Benson that went 23-12 overall.