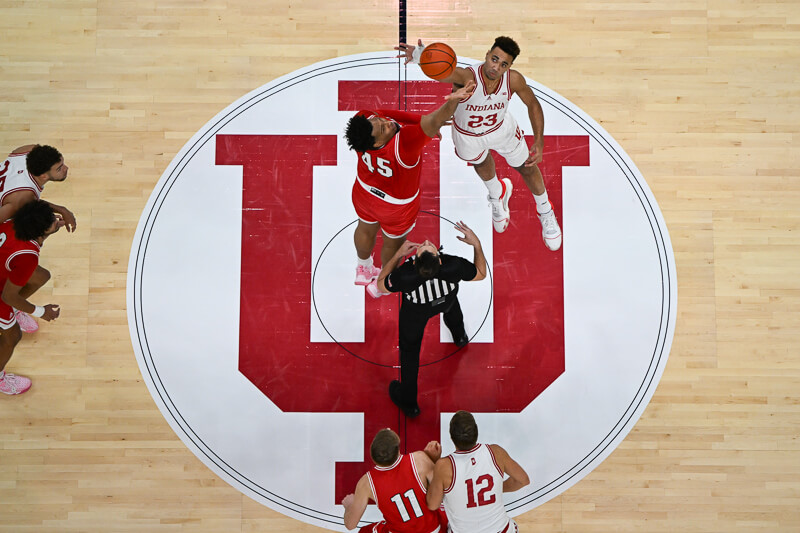 Coming off Friday’s narrow 81-79 win at Xavier, Indiana started flat in Sunday’s game at Gainbridge Fieldhouse. The Hoosiers led 6-0 early but allowed the RedHawks to hang around for a good part of the first half. Miami led at 10-9 and 12-11 and was within one at 21-20 at the 7:43 mark.

But Indiana found its stride just before intermission. The Hoosiers closed the half on an 11-0 run over the final 2:27 for a 17-point halftime cushion. Trayce Jackson-Davis had a double-double in the first half with 13 points and 10 rebounds and IU held the RedHawks to just .71 points per possession.

By the first media timeout of the second half, the contest was over. Indiana, easily the more talented team, had pushed its lead to 20 at 51-31. The Hoosiers hit four of their five shots ahead of the under-12 media timeout and led 64-40 with 10:38 remaining. By the under-eight media timeout, Indiana’s lead had ballooned to 26 at 70-44. The victory improved the Hoosiers to 4-0 ahead of a Wednesday matchup in Bloomington against Little Rock.

Jackson-Davis turned in another dominant effort, finishing with 17 points and 16 rebounds in 25 minutes. The Center Grove product shot 6-of-8 from the field and 5-of-7 from the free throw line. The Hoosiers outscored Miami (OH) by 26 points with Jackson-Davis on the floor.

Like it did on Friday at Xavier, Indiana again dominated the interior. The Hoosiers outscored Miami (OH) 42-16 in points in the paint. 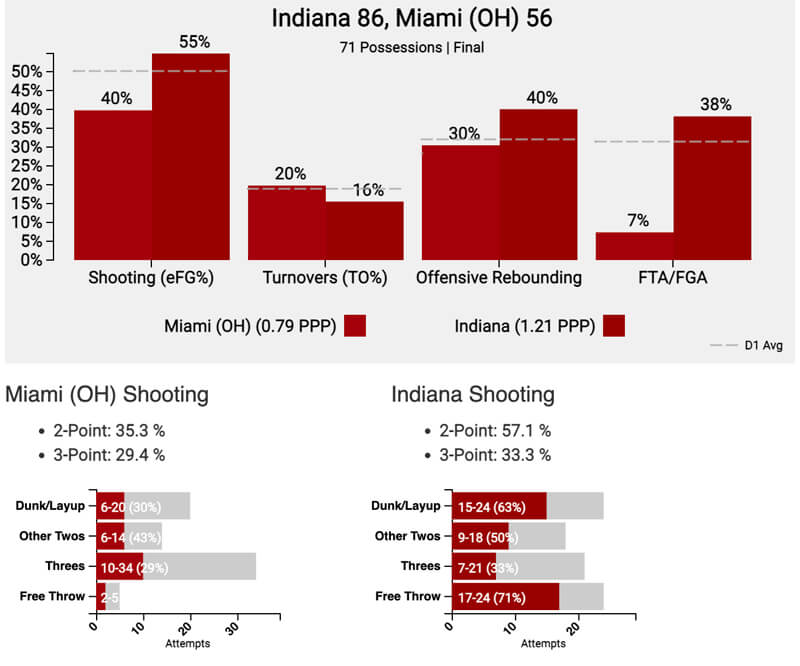