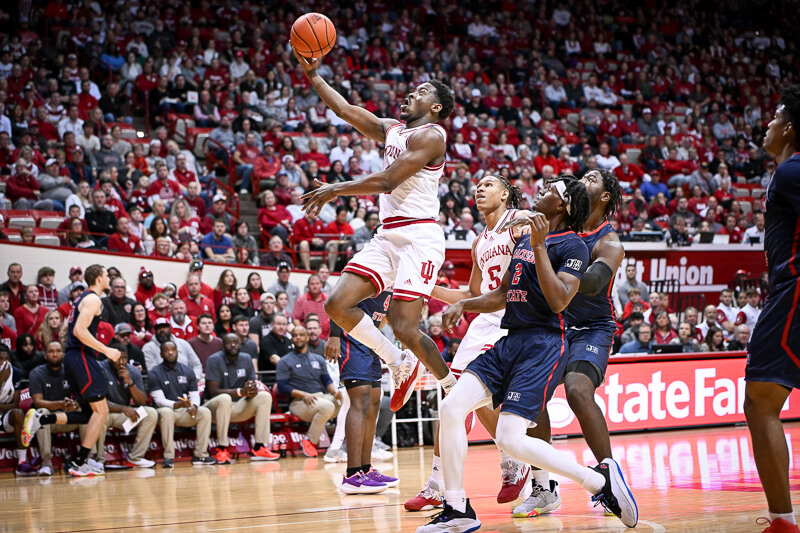 Quick thoughts on a 90-51 win against Jackson State:

Indiana led just 11-10 with 12:58 to go in the first half, but the second unit changed the game for the Hoosiers. With Xavier Johnson and four subs on the floor, the Hoosiers stretched the lead to 27-13 by the 8:08 mark. Tamar Bates was a major reason factor behind the bench providing a spark. The lefty scored 12 first-half points, including a 3-pointer in the final seconds of the half, to send the Hoosiers into the break with a 16-point cushion. In total, the bench scored half of Indiana’s 44 first-half points and the contributions came from multiple players. Jordan Geronimo and Malik Reneau each had four points and Kaleb Banks had a steal and a bucket in transition. Indiana scored a solid 1.21 points per possession before intermission.

Indiana’s lead ballooned to 26 by the 14:09 mark of the second half as Johnson connected on his fourth 3-pointer of the afternoon. The lead stretched to 28 on a Bates 3-pointer, his third of the game, with 9:49 to play. Bates sunk another 3-pointer at the 8:10 mark to make the lead 28 again and a Reneau dunk pushed IU’s lead to 30 at 71-41. The easy victory, Indiana’s sixth of the season, could vault the program into the top 10 of the Associated Press rankings ahead of next week’s showdown with North Carolina in Bloomington.

It was a spectacular afternoon for Johnson, who finished with 16 points, four assists, two rebounds and two steals in 24 minutes. Bates also had a career day, finishing with 22 points on 8-for-11 shooting in 24 minutes.

The Hoosiers were red-hot from the perimeter, shooting 10-for-22 on 3s. Defensively, IU held Jackson State, which had just scored .94 per possession at Michigan on Wednesday, to .71 points per trip. 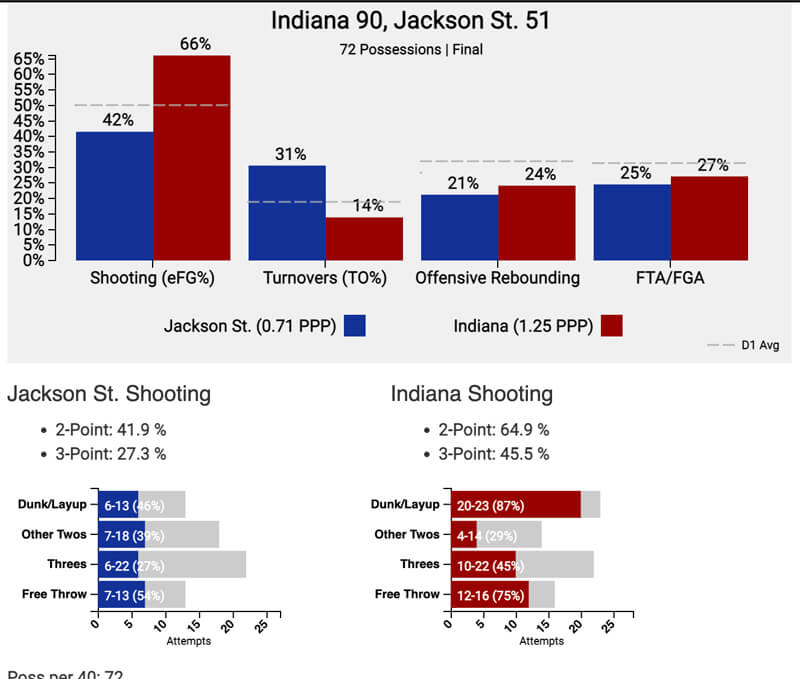