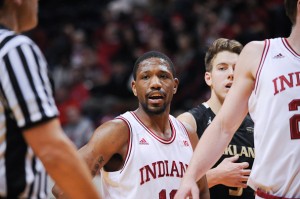 Indiana picked up its eighth win over the season in convincing fashion on Tuesday night with an 81-54 rout of Oakland at Assembly Hall. Here’s a look at five takeaways from the victory over the Golden Grizzlies: · Indiana’s first half ... 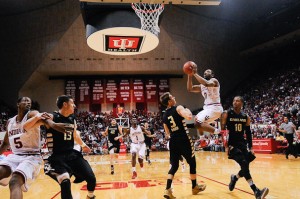 After the game on Tuesday night, Oakland coach Greg Kampe walked back to his team’s locker room with a hand to his head. Moments earlier, the buzzer at Assembly Hall sounded that finalized an 81-54 Indiana (8-2) win over the ...

The Minute After: Oakland 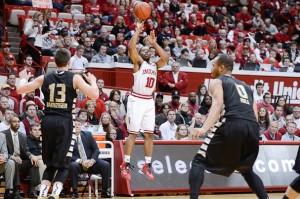 Thoughts on a 81-54 win against the Golden Grizzlies: As Yogi Ferrell sat on the bench with two fouls in the first half, Evan Gordon found an offense groove. He kept the needle on it all night, eventually garnering “Ev-an ... 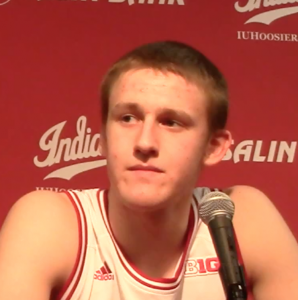 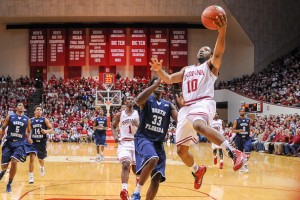 Indiana bounced back from Thursday’s second half debacle at Syracuse with a comfortable 89-68 win over North Florida on Saturday night at Assembly Hall. Here’s a look at five takeaways from the win over the Ospreys: · The Hoosiers didn’t ...

Hoosiers get hot, cruise to 89-68 win over North Florida 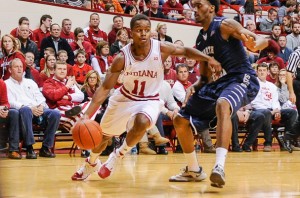 In the days leading up to Saturday night’s matchup against North Florida, Indiana coach Tom Crean told his players that whatever happened at Syracuse would just be a “short-term setback.” And when the Ospreys started the game in a 2-3 ...

The Minute After: North Florida 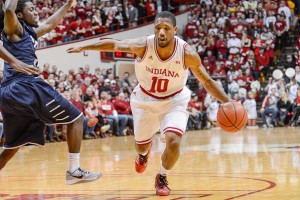 Thoughts on a 89-68 win over the Ospreys: Beyond bouncing back to form after the Syracuse second half debacle, two things stood out in this one. The first is the Hoosiers started hot from beyond arc. Austin Etherington stopped passing ... 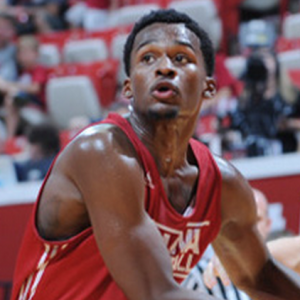 The Hoosiers came up empty on their last two attempts against the Huskies, resulting in their first loss of the season. A look at what IU was angling for on those two attempts, as well as two late scores involving ...

Indiana suffered its first loss of the season on Friday night, 59-58, to UConn in the 2K Sports Classic championship at Madison Square Garden. Here’s a look at five takeaways from the narrow loss to the Huskies: · Turnovers prove ... 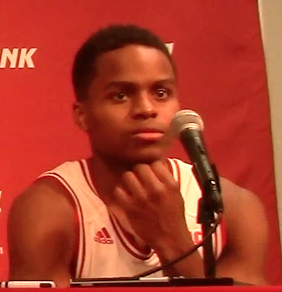 Will Sheehey and Evan Gordon met with the media in Rosemont, Ill. on Thursday during Big Ten Media Day. Watch and listen to their comments in the embedded media players below: Sheehey:

With the start of college basketball season on the horizon, we’ll be taking a long look at the conference at large as well as Indiana’s roster over the next month. Today, we look at graduate senior Evan Gordon. The decision of Remy Abell to transfer last spring opened a spot on Indiana's roster and rather than letting it sit empty or award the scholarship to a walk-on, the Hoosiers quickly moved into the mix and landed Evan Gordon, a graduate transfer from Arizona State. The younger brother of former Indiana star Eric Gordon and older brother of class of 2016 target Eron Gordon, Evan arrives at the third school of his collegiate career. He explained both of his decisions to transfer (Liberty to Arizona State and Arizona State to Indiana) to reporters at media day last month. "The reason I left Liberty was to look for a bigger program and I found that in Arizona State," Gordon said. "I was hoping it was here (when he transferred from Liberty). And to leave there, it was just being away from home five or six years. This is my sixth year away from home, but now that I'm back here, it adds a different element to it." A double digit scorer in each of his three seasons of experience, Gordon brings a solid combination of shooting, ball handling and defense to the Hoosiers. He's been in the mid 30's percentage wise from behind the 3-point line throughout his career, but the strong suit of his offensive game might be in the midrange.