The Hoosiers came up empty on their last two attempts against the Huskies, resulting in their first loss of the season. A look at what IU was angling for on those two attempts, as well as two late scores involving Evan Gordon in the latest edition of Film Session:

I. With the Hoosiers up three with just over five minutes to go, Gordon has the ball up top as Will Sheehey fakes right: 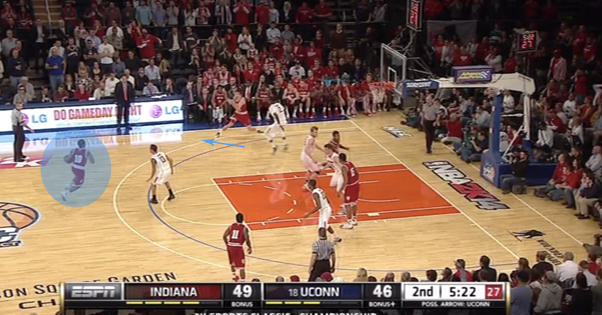 Sheehey is covered and isn’t able to get to the hoop as Gordon comes towards him. Gordon hesitates: 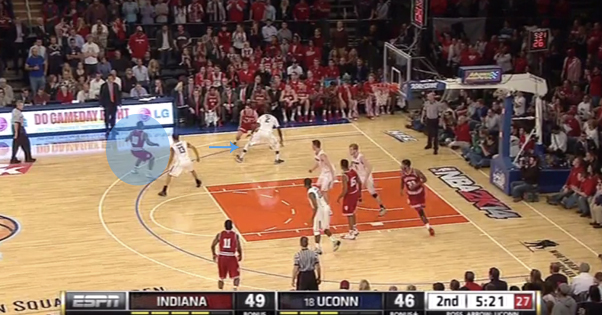 Which gets Shabazz Napier napping for just long enough for Gordon to bolt by: 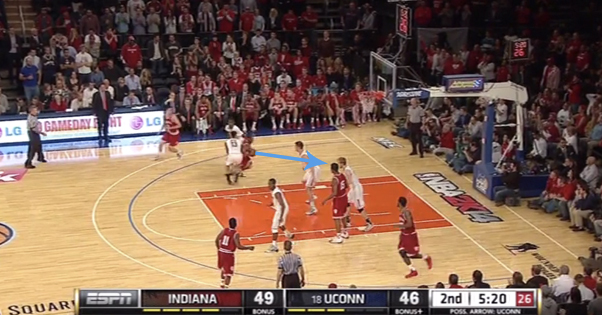 And get the score: 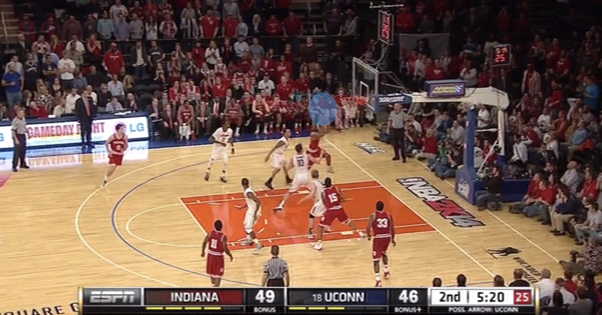 Gordon had a strong second half against the Huskies. If he continues to prove reliable as the game tightens, Tom Crean may opt to have his experience on the floor in key moments.