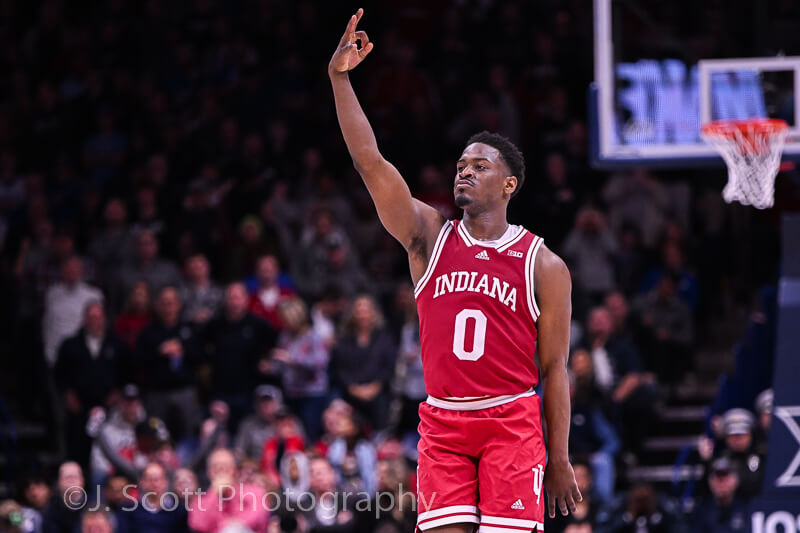 The expected but unfortunate news regarding Xavier Johnson’s injury came down and it is not good with the Hoosiers’ starting point guard expected to miss extended time. With lesser competition, that did not impact the Hoosiers’ ability to defeat their two recent opponents in Elon and Kennesaw State. However, it could be a major issue when Big Ten play starts for Indiana in 12 days following the extended break with no games.

Away from the court, Assembly Call and IU coach Mike Woodson had their normal shows this week. We will as usual conclude with a look at other IU sports led by baseball putting out its upcoming 2023 schedule.

Looking for tickets to upcoming Indiana home games? Vivid Seats has you covered. This week the Hoosiers are off but you can still search the site for future matchups. Vivid Seats is a full-service provider – with an industry-leading customer service team, reachable by phone or online during extended business hours. (These links are Inside The Hall affiliate links, so a commission will be paid to ITH if you click and make a ticket purchase.)

After going down in serious pain early against Kansas, the future of Xavier Johnson’s season at IU looked bleak. That indeed turned out to be the case as Indiana announced this week Johnson is out indefinitely following surgery on his foot.

While the release does say the team is ‘hopeful‘ he will return this year, the Hoosiers will be without their starting point guard for an extended period, right as Big Ten games are about to begin. IU will have to turn to freshman Jalen Hood-Schifino as the squad’s main ball handler for most conference play. Hood-Schifino recently returned from a back injury that caused him to miss three contests earlier this month.

Despite being without Johnson, as well as Trayce Jackson-Davis who sat out for precautionary reasons, the Hoosiers easily defeated the struggling Phoenix 96-72. Jordan Geronimo also was unavailable due to an injury to a finger, but Race Thompson, Jalen Hood-Schifino, Miller Kopp, CJ Gunn, and Logan Duncomb all scored in double-figures as IU took control early and cruised to a win.

Afterward, Woodson spoke, Inside the Hall had a photo gallery, Ryan Corazza wrote his Minute After and Film Session, Alex Bozich penned Five Takeaways, and William McDermott had a column on Hood-Schifino.

Kennesaw State was the highest-ranked team the Hoosiers faced in non-conference play of the so-called ‘guarantee’ games. While the other six contests were against squads ranked below 300 in the NET, the Owls came in just outside the top 160. Without Jackson-Davis and Johnson (Geronimo was back from his ailment), Kennesaw State used their top-notch three-point shooting to keep the score close and even led for a good part of the 40 minutes. However, excellent play from Hood-Schifino and Tamar Bates (they had 18 and 19 points respectively on the night), helped IU pull away late for a double-figure 69-55 win.

As a result, the Hoosiers finish their pre-Big Ten schedule 9-2 and are 10-3 overall on the season. The team is off until Jan. 5 when they return to league play for good, starting with a Thursday night showdown in Iowa City.

DTW also took to the air to discuss the women’s team’s victories over Morehead State and Butler as the team improved to a perfect 12-0 on the season.

Mike Woodson had his weekly radio show on Monday. On it, he discussed the recent loss to Kansas.

• Baseball announced its schedule for the 2023 season.

• Wrestling competed at a meet in Reno. Also, they had an athlete named Big Ten Wrestler of the Week in Jacob Bullock.

• Football revealed its recruiting class for next fall.