The Minute After: Kennesaw State 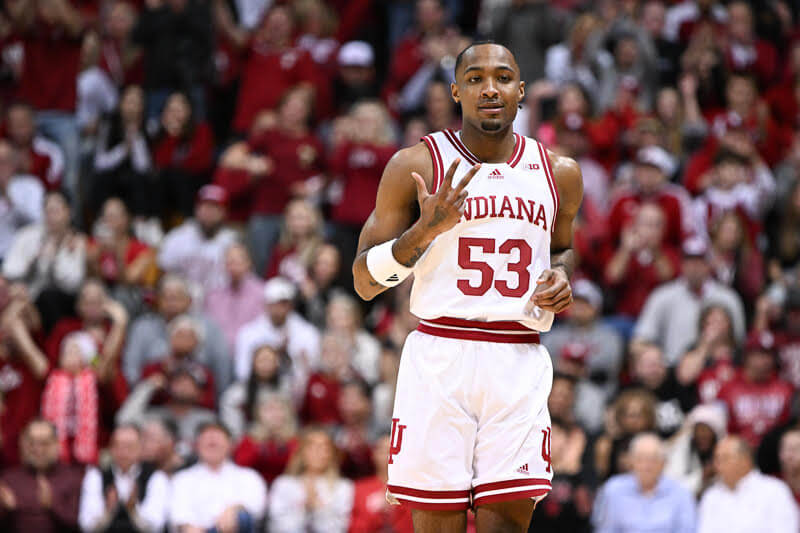 The Owls came into tonight’s contest confidently, hitting 3-pointers as they’re known to do. The Hoosiers overhelped and left shooters open, which didn’t help matters. On offense, Indiana’s Plan A of feeding the post wasn’t working at all. With Trayce Jackson-Davis out again, Kennesaw State sent double teams at Race Thompson and the results weren’t pretty. Thompson was able to shine against Elon (18 points) on Tuesday night thanks to single coverage. But he took his time upon receiving the ball this evening. This allowed the extra help to come over and slow him down. He made just two field goals and missed all four of his free throws in 38 minutes of action.

There wasn’t much movement or invention otherwise to Indiana’s offense in the first half. It allowed the Owls to lead for most of the first 20 minutes of action, getting up by as much as seven (22-15) with 5:37 to play. Indiana got it even at 27-all as the halftime buzzer sounded. But this felt like a game it didn’t have control of, hadn’t brought much energy to and was in danger of letting slip away.

Kennesaw State kept dropping in 3-pointers early in the second half, as Indiana’s weakside help to stop drivers allowed space for shooters on the wing to rise, fire and hit. But the Hoosiers brought just as much firepower from deep over the final 20 minutes. Indiana dropped in 5-of-11 after the break to the Owls’ 4-of-9.

Meanwhile, Indiana made adjustments on offense to open things up. After starting the second half, Malik Reneau exited the game with 13:27 to go and never came back in. Thompson moved to the five and stayed out of the post on several possessions, instead setting up shop at the top of the key. This opened up driving lanes for Jalen Hood-Schifino to score at the rim, who received handoffs from Thompson up top and went to work. Hood-Schifino finished the night with 18 points on 6-of-8 shooting and hit 5-of-6 from the line.

And then there was Tamar Bates. Indiana’s sophomore, who continues to show an improved game this season, came up big in the second half with several key buckets. Bates went 3-of-5 from deep and hit a tough fallaway jumper at the free-throw line to seal the game with 51 seconds to go. It put the Hoosiers up 12. He finished with a game-high 19 points on 7-of-12 shooting.

The smaller lineup Indiana went with to close out the game also helped defensively against a Kennesaw State team lacking size, as the Hoosiers switched and were still okay matchup-wise.

This one could have gone sideways and been a nail-biter down the stretch. Instead, Indiana stuck with it, made some adjustments and got key contributions from Hood-Schifino and Bates in the second half to put the game away.

The Hoosiers now get 13 days off between games before heading to Iowa City to take on the Hawkeyes on Jan. 5. It’s a sizeable break that should give Jackson-Davis more time to rest up his back before the relentless Big Ten season begins for real.