IU confirms foot surgery for Xavier Johnson, “hopeful” he will return this season 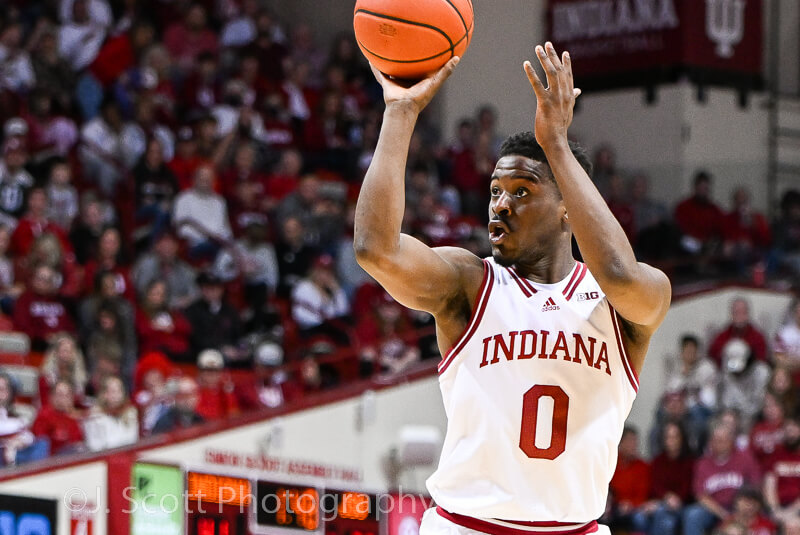 BLOOMINGTON, Ind. – Indiana University men’s basketball fifth-year senior guard Xavier Johnson will be out indefinitely after undergoing surgery today for an injury he suffered Saturday at Kansas. The program is hopeful he will return before the end of the season.

In 11 games, Johnson is averaging 9.9 points and leads the team with 54 assists and 13 steals, while shooting 37.0% from 3-point range. An honorable mention All-Big Ten pick a season ago, he averaged 12.1 points and was third in the Big Ten in assists at 5.1 per game.

In his career, which began at Pittsburgh, he has scored 1,674 points.