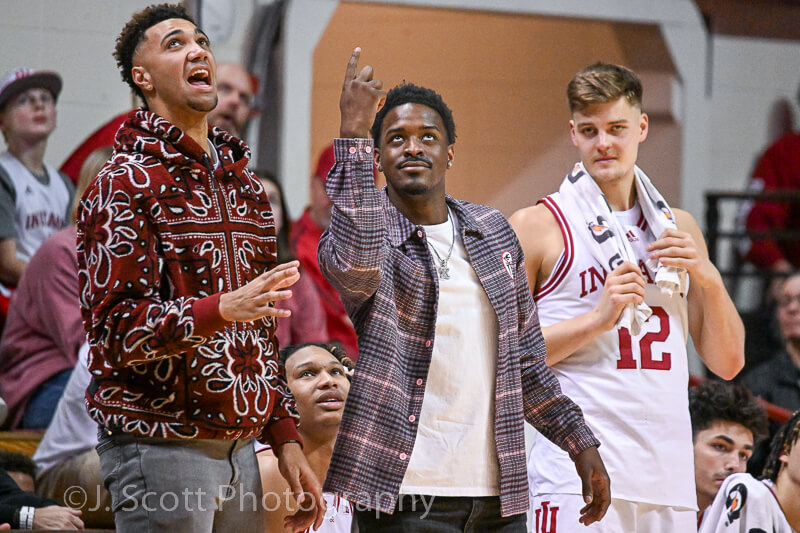 Jeff Goodman of Stadium reported news of the surgery, as did Jeff Rabjohns of Peegs.com.

In its updated game notes for Friday’s contest against Kennesaw State, IU lists Johnson as “ruled out indefinitely.”

According to Goodman, Johnson will miss “an extended amount of time.”

This is going to bring the best version out of me. Thanking everyone for their support. 0 gone be back on the court soon. ??

On his radio show Monday night, Mike Woodson provided the following update on Johnson, who hurt his right foot in IU’s loss to Kansas last Saturday.

“Right now we’re still evaluating him…” Woodson said. “We’ll know more Wednesday… we’ll wait on X if he ever gets the chance to come back… but right now we need to move forward with what we’ve got.”

After Tuesday’s win against Elon, Woodson said he didn’t have an update on the status of Johnson.

“I don’t know. I wish I could tell you that. I really don’t know,” he said. “My job is to make sure that the guys that are in uniform, that’s ready to play, to get them ready to go, and then we’ll welcome them back when that time comes.”