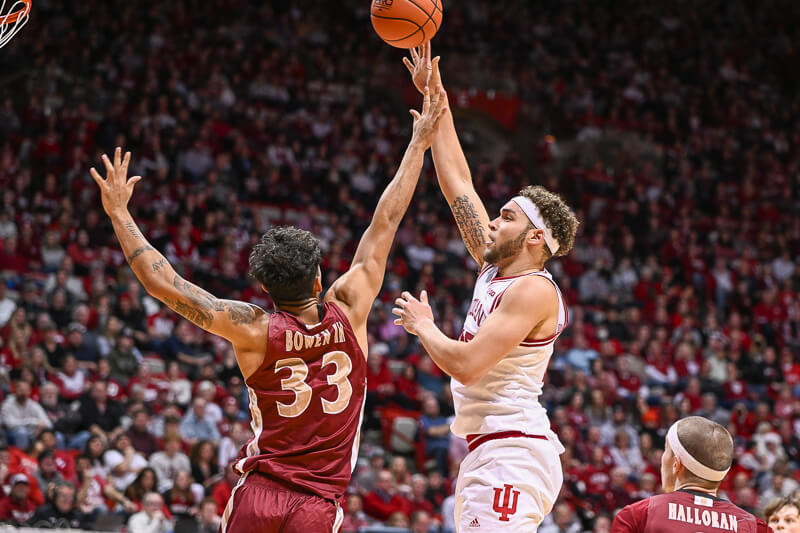 Indiana again started slow on Tuesday night, but its opponent wasn’t good enough to take advantage. The Hoosiers trailed 4-0 out of the gate and the Phoenix hung around for a good chunk of the first half. Indiana led just 27-25 at the 7:08 mark before ripping off a 20-4 run to claim an 18-point halftime advantage. Indiana was 5-for-13 from 3 in the first half and scored 1.22 points per possession. Freshman CJ Gunn put an exclamation point on the opening 20 minutes with a putback dunk in traffic with just over seven seconds remaining.

Indiana used a 6-0 run early in the second half to push the lead to 20 at 53-33, prompting a timeout from Elon coach Billy Taylor. Indiana pushed the lead to 25 on a Gunn 3-pointer at the 11:58 mark. The Hoosiers led 72-50 at the 8:54 mark and at that point, had made eight of their last nine shots. Indiana extended the lead to 27 with a 7-0 run and forced Elon to take its final timeout with 5:41 remaining. The victory improved Indiana to 9-3 ahead of the final non-conference game against Kennesaw State on Friday.

With Trayce Jackson-Davis unavailable due to precautionary reasons, Race Thompson went for a double-double with 18 points and 11 rebounds. Thompson also had four blocked shots in 30 minutes. 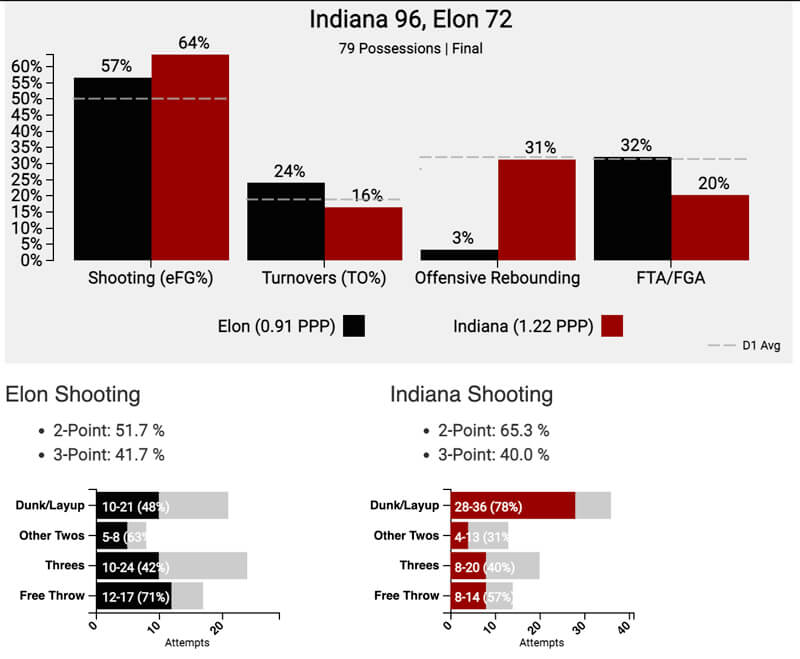