At the Buzzer: Indiana 69, Kennesaw State 55 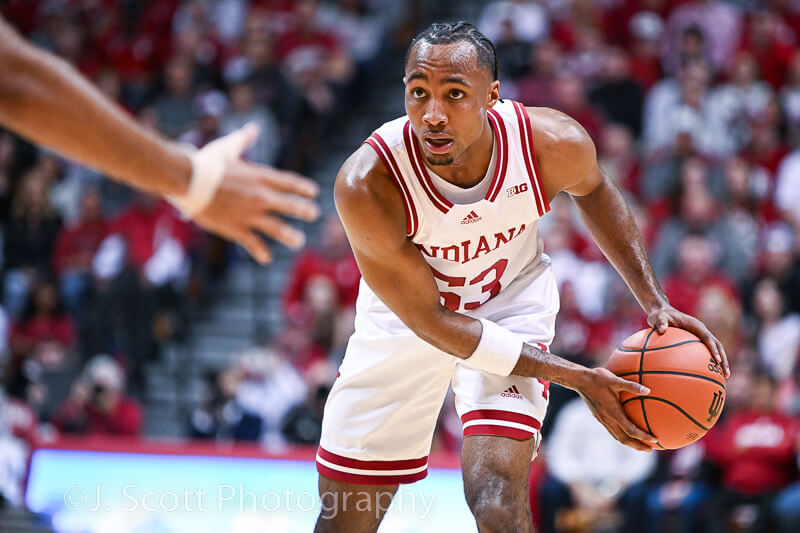 Quick thoughts on a 69-55 win against Kennesaw State:

It was another slow start for Indiana on Friday night at Assembly Hall. The Hoosiers were overhelping defensively on the perimeter and Kennesaw State capitalized. The Owls scored their first 15 points from behind the 3-point arc. Kennesaw State led by seven at 22-15 with 5:37 to play in the half before Indiana made a run to close out the first half. Trey Galloway hit a couple of 3-pointers and the Hoosiers went on a 12-5 spurt to tie the game at 27 at intermission. Both teams scored just .83 points per possession in the first 20 minutes.

The Hoosiers scored the first two buckets of the second half to grab a 31-27 lead and were up 34-31 at the first media timeout of the second half. The Owls, however, continued to splash in shots from the perimeter. Eight straight points from the Owls pushed their lead to three at 37-34. By the under-12 media timeout, Kennesaw State’s lead was 40-39.

After the game was tied at 43, back-to-back 3-pointers from Miller Kopp and Tamar Bates pushed Indiana’s lead to six. Indiana stretched the lead to eight at 55-47, but Kennesaw State answered to cut to 55-51 with 5:42 to play. Out of a timeout, Indiana stretched the lead back to eight at 59-51 on a Kopp jump shot and Galloway tip-in. By the 1:50 mark. Indiana stretched its lead to 10 on a pair of Jalen Hood-Schifino free throws. While it wasn’t pretty, the win, Indiana’s 10th of the season, sent the Hoosiers to Christmas break on a positive note.

Without Trayce Jackson-Davis available for a second straight game, Indiana had several players step up. Tamar Bates scored a team-high 19 points on 7-for-12 shooting and Jalen Hood-Schifino added 18 points, four rebounds and three rebounds. Race Thompson had just four points, but pulled down 14 rebounds and had three blocked shots.

Indiana’s defense was solid down the stretch as Kennesaw State didn’t make a field goal over the game’s final 3:31. 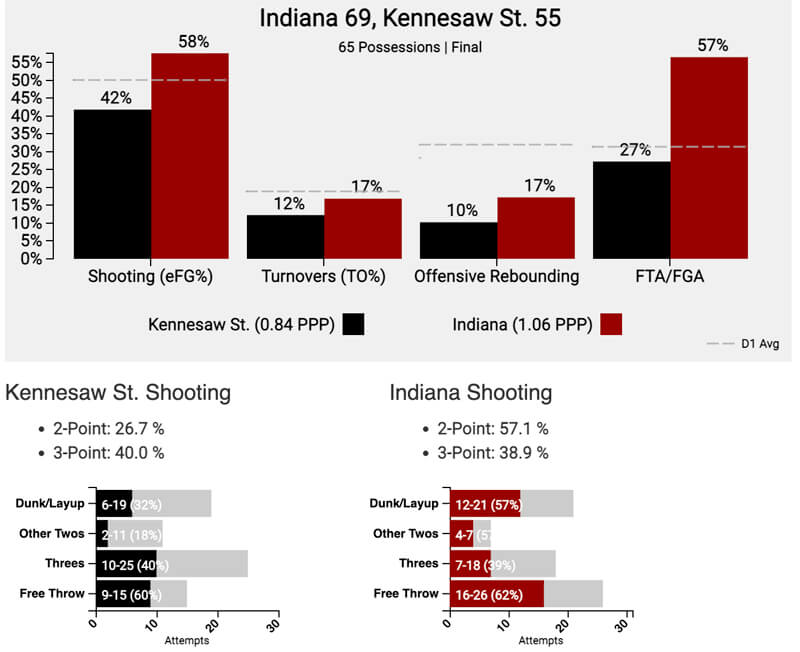