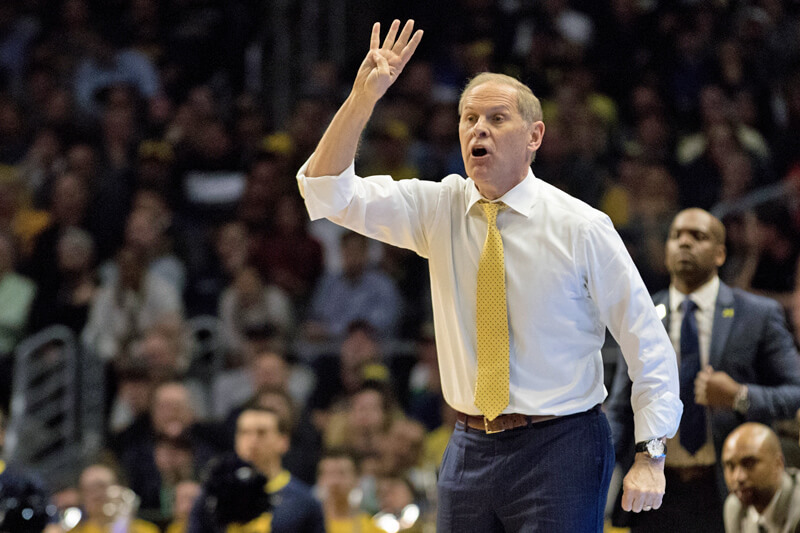 Less than two weeks remain until the start of the 2018-2019 college basketball season, which means it is time to dust off our Big Ten power rankings.

The power rankings will be a weekly feature once conference play gets into full swing in early 2019, but here’s our preseason outlook for the league (complete team previews are available by clicking on each team name):

When you’re as bad as Rutgers was under Eddie Jordan, even significant improvement isn’t enough to dig out of the league cellar. That’s exactly what has happened to the Scarlet Knights under Steve Pikiell. After finishing Jordan’s last season (2015-16) ranked 279th (!!!) in KenPom, Rutgers has finished a respectable 135th and 130th in the Pomeroy ratings under Pikiell the last two seasons. Rutgers is improving, but it’s not yet enough to warrant picking the Scarlet Knights to finish anywhere other than 14th.

The Fighting Illini are not without talent and will be as scrappy as any team in the league. However, we’re still not sold that Brad Underwood has the roster to win consistently. Ayo Dosunmu should be one of the Big Ten’s best freshmen and Trent Frazier could breakout as a sophomore, but the frontcourt depth is a serious question. If Illinois is to exceed expectations, look for Frazier, Dosunmu and JUCO transfer point guard Andres Feliz to lead the effort.

Just 19 months ago, Northwestern was a national media darling. But last season’s regression coupled with the graduations of Bryant McIntosh and Scottie Lindsey has the Wildcats back in familiar territory in the preseason pecking order. Point guard is a major question mark for Chris Collins and whether Northwestern has someone capable of just average play at that position could determine the fate of its season.

Is this too low for Minnesota? Possibly. There’s a lot to like with this roster and it starts with Jordan Murphy and Amir Coffey, two of the top 15 players in the league. But the Gophers are going to need more than just that duo to find success. Is sophomore point guard Isaiah Washington ready to take a major leap forward? If so, Minnesota could be in the mix for an NCAA tournament bid. If not, Richard Pitino’s seat could become scorching hot.

Like Minnesota, Penn State has two of the top players in the league in Josh Reaves and Lamar Stevens. But the loss of Tony Carr, who is now playing overseas rather than in the NBA, stings for Pat Chambers. The Nittany Lions won the NIT last season and are No. 32 nationally in the preseason KenPom ratings. That seems a bit bullish as the losses of Carr and Shep Garner have left Chambers without much in the backcourt outside of Reaves.

The Hawkeyes have the talent to finish in the top half of the Big Ten. But is Iowa going to play defense? After rolling out one of the worst Big Ten defenses ever in the KenPom era last season, it’s a legitimate question. Iowa doesn’t need to just improve defensively, the Hawkeyes need a complete overhaul. Iowa was 242nd nationally on defense last season, which is why it only won 14 games despite having the nation’s 19th best offense.

Maryland is another intriguing team entering the season as the talent exists to outperform this projection. But we’ve seen plenty of talented Maryland teams underperform under Mark Turgeon, which is a major reason we’re not buying the Terps in the preseason. Anthony Cowan is capable of an All-Big Ten first team season and Bruno Fernando should be one of the league’s best back to the basket players. The loss of Kevin Huerter lowers Maryland’s ceiling quite a bit, but the roster has the talent to make the NCAA tournament.

This is a nod to the coaching chops of Chris Holtmann, who deserved every coaching award he won last season. The Buckeyes lost the league’s player of the year in Keita Bates-Diop and will be relying heavily on Kaleb Wesson and CJ Jackson to lead them in Holtmann’s second season. Ohio State is going to regress this season, but we’re betting that Holtmann figures out a way to avoid taking a major step backward.

Carsen Edwards is the Big Ten preseason player of the year, but the supporting cast is nowhere near the level it was last season. The Boilermakers are betting on Matt Haarms and Nojel Eastern to breakout as sophomores, which is no sure thing. Evan Boudreaux should be a solid addition and Ryan Cline is a reliable perimeter shooter, but Purdue’s talent or depth isn’t nearly as strong as it was a season ago. For those reasons, we’re not buying the Boilermakers as a top tier Big Ten team.

This should be the year Nebraska makes it back to the NCAA tournament. James Palmer Jr. and Isaac Copeland are seasoned veterans, Isiah Roby is one of the league’s most underrated talents and Glynn Watson should rebound from an underwhelming sophomore campaign. The Huskers also have one of the league’s best homecourt advantages at Pinnacle Bank Arena, which should be good for a few wins over the league’s top teams.

Ethan Happ was our pick for Big Ten preseason player of the year and we’re buying a major rebound for the Badgers in 2018-19. What are our reasons for optimism? Wisconsin was crushed by injuries last season, but appears to be healthy heading into the season. The backcourt depth appears to be strong with Brad Davison, D’Mitrik Trice and Kobe King. And Happ should have adequate help up front with Nate Reuvers, Aleem Ford and Khalil Iverson all returning.

The Hoosiers boast what is arguably the best duo in the league in Juwan Morgan and Romeo Langford and have upgraded their overall talent significantly over last season. Justin Smith appears primed for a breakout as a sophomore and beyond Langford, the Hoosiers welcome several four-star recruits who could contribute right away. But is Devonte Green ready to grab the reins at point guard? It won’t take long to find out as he’ll go head to head with Markus Howard (Marquette) and Tre Jones (Duke) in the first month of the season.

Michigan State is the pick by most to win the league in the preseason, but the Spartans lost their two most talented players in Miles Bridges and Jaren Jackson Jr. Cassius Winston is one of the league’s most dynamic playmakers, but his two junior running mates need to prove they can produce consistently in bigger roles. Joshua Langford is a former McDonald’s All-American who has underwhelmed in two seasons and Nick Ward needs to play more than 19.8 minutes per game. The pieces are there for Michigan State to win the league, but it’s no sure thing.

After a run to last season’s title game, the Wolverines also have plenty to replace. Muhammad-Ali Abdur-Rahkman, Duncan Robinson and Moritz Wagner are all gone, but Michigan returns the league’s best defensive point guard in Zavier Simpson and one of the league’s best forwards in Charles Matthews. Sophomore Jordan Poole should thrive in an expanded role and freshman Ignas Brazdeikis could be the league’s best freshman not named Romeo Langford. John Beilein has proven that he’s one of the top coaches in the country and we’re betting that he once again molds Michigan into a contender.