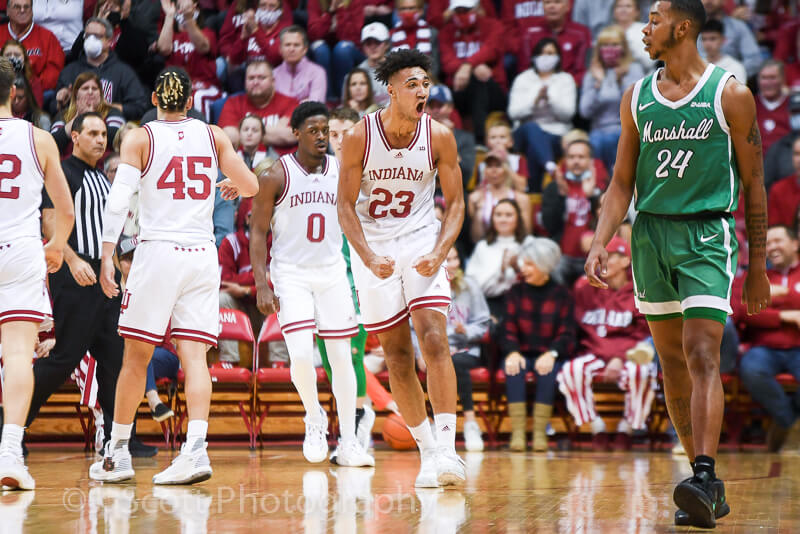 Another week and more sources are picking IU to win the conference. Actual basketball is so close now that by the time 6-Banner is published next week Hoosier Hysteria will have already taken place. With the competition now imminent, Inside the Hall is doing a series previewing every Big Ten team leading up to the games tipping off.

Looking back to last week, more videos were published from the Hoosiers’ media day. Also, yet another former Indiana player has inked an NBA contract. We will, as usual, conclude with a look at how other IU sports are doing.

The previous Thursday’s AC Radio can be viewed here.

With the first game of the 2022-2023 basketball season now roughly a month away, more publications came out with preseason previews for the upcoming year. The Almanac became the latest one to list the Hoosiers as conference favorites. Meanwhile, in their latest rankings, Andy Katz and CBS Sports have IU as their highest ranked Big Ten team.

Despite the expectations, Inside the Hall’s Amanda Foster has a story about how the Cream and Crimson are not paying attention to the hype.

It has been known for a while that Hoosier Hysteria would be this coming Friday night and coincide with football’s homecoming weekend. However, more details on the event were announced this week. The start time will be at 7 pm but students can line up as early as noon for a good seat once the doors open. Also, it was confirmed the G Herbo concert will take place after the men’s and women’s basketball teams put on their show.

The action will have celebrity emcees as ESPN’s Courtney Cronin and current IU radio network analyst and former Indiana football player Rhett Lewis will be on the microphone.

Inside the Hall is in the process of a series looking at every conference team’s outlook. So far they have profiled everyone expected to finish near the bottom of the league as Maryland, Minnesota, Nebraska, Northwestern, and Penn State were previewed. The squads expected to place higher will be  broken down in the next couple of weeks.

Indiana Basketball Media Day was 10 days ago and discussed in the previous edition of 6-Banner. However, in that publication, only Miller Kopp and Logan Duncomb had interviews published by Inside the Hall.

This week more players’ discussions were posted to the site. This included many of the squad’s most veteran and impactful players such as Jordan Geronimo, Trey Galloway, Trayce Jackson-Davis, Xavier Johnson, and Race Thompson.

Last week it was announced Cody Zeller had inked a contract with Juwan Morgan’s former team, the Utah Jazz. Now Morgan himself has potentially found a new home even further west by agreeing to terms on a training camp deal with the Los Angeles Clippers. However, this type of agreement is non-guaranteed and he will have to earn his way onto the roster.

Seven other former Hoosiers are also at other NBA teams’ training camps.

• Football suffered a crushing loss against Nebraska. It was also announced that the homecoming game this week against Michigan will be at noon on Fox.

• Men’s Soccer knocked off Northwestern to get in the win column in conference play. Also, former Hoosier great Drew Moore retired from professional soccer after 18 seasons.

• Volleyball had its best week of the season knocking off a decent Maryland squad on the road and dominating a struggling Iowa team at home. They also battled hard but fell to a highly ranked and much more talented Ohio State team yesterday

• Field Hockey beat Rutgers for their first Big Ten win as well as Miami (OH) as they continue chugging along with their best season in some time.

• Women’s Soccer had a rough time with dominant losses to Wisconsin and Ohio State. They also were without the services of star goalie Jamie Gerstenberg for most of these contests as she picked up a red card early in the match against the Badgers forcing an automatic one-game suspension against the Buckeyes.

• Women’s Basketball is having a Candy Stripe Crew Clinic on October 22. Also, the Hoosiers got yet another game on television with the announcement of the Nov. 14 contest at Tennessee being on ESPN2 at 6 pm.