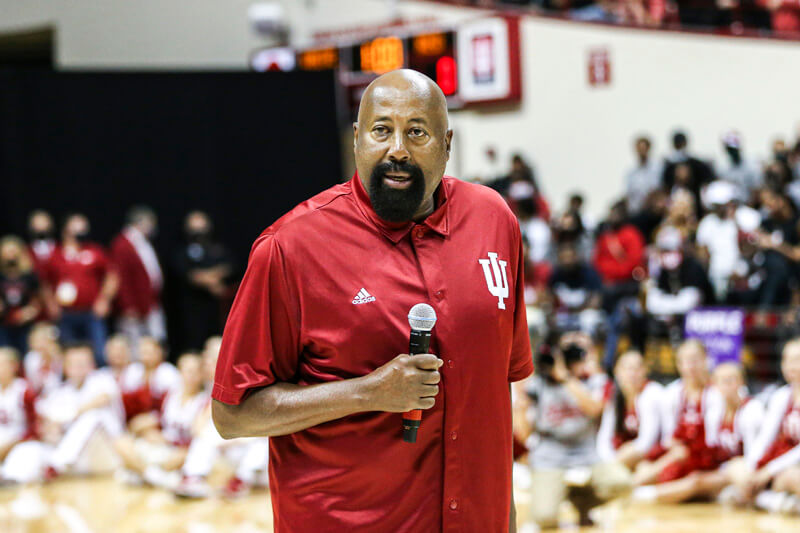 The full details from IU Athletics are available below:

Bloomington, Indiana – Don’t miss your chance to be a part of one of the most highly-anticipated Hoosier Hysteria by Smithville events in Indiana Basketball program history.

Early arrivers will be positioned to have access to the best seats in the special general admission, student section of Simon Skjodt Assembly Hall in Sections L-M for both Hoosier Hysteria as well as the post-event concert by G Herbo. In addition, they can expect to see members of the IU men’s and women’s basketball team and staff as they arrive for Hoosier Hysteria Presented by Smithville.

Once the event gets underway at 7 p.m., attendees will get the first public look at a pair of basketball teams that have lofty expectations and goals for the 2022-23 season.

Coach Teri Moren’s women’s basketball team has advanced to the Elite Eight and Sweet 16 in the last two seasons. With two of the program’s all-time bests in Grace Berger and Mackenzie Holmes back, along with a talented group of transfers and incoming freshmen, the Hoosiers expect to be a force in both the Big Ten and the NCAA Tournament again this year.

After earning the program’s first NCAA Tournament invitation since 2016 this past spring, second-year Coach Mike Woodson’s men’s basketball team is aiming even higher this season. Starters Trayce Jackson-Davis, Race Thompson, Xavier Johnson and Miller Kopp are all back, and they’ll be joined by a national top-10 recruiting class that has many talking about the program’s first Big Ten title in seven years.

Like the IU women’s team, Woodson and his squad are embracing those expectations, and they are all ready to give IU students a glimpse of what’s ahead this season. Coupled with the highly-anticipated performance of G Herbo at the basketball festivities, it promises to be a Hoosier Hysteria that should not be missed Oct. 7.