Co-Emcees announced for 2022 Hoosier Hysteria, schedule posters to be offered for sale at this year’s event 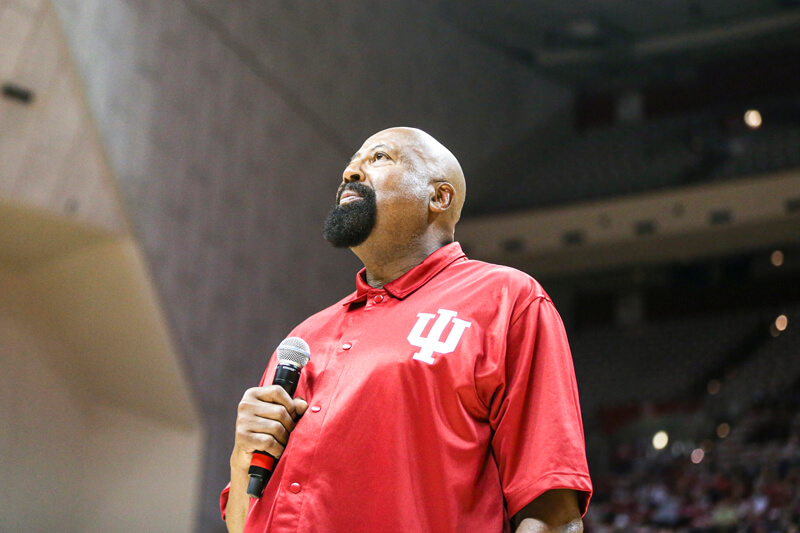 In addition, the IU team store will have the 2022-23 Indiana Men’s and Women’s Basketball floating heads posters on sale for $12 apiece at Hoosier Hysteria.

Cronin and Lewis are both Indiana University graduates who have enjoyed tremendous successes on a national level in broadcasting. Cronin is a 2012 IU graduate who joined ESPN in 2017. A national award-winning journalist, Cronin started with ESPN as its Minnesota Vikings reporter before assuming the same role covering the Chicago Bears in 2022. In addition to those responsibilities, she is also a national host on ESPN Radio and makes regular appearances on ESPN television programs, including SportsCenter, First Take and Around the Horn.

“I couldn’t be more excited to return to my beloved alma mater to help kickoff the 2022-23 men’s and women’s basketball season,” Cronin said. “I spent four years covering Hoosier Hysteria as a student journalist and am honored to be the emcee for this year’s event. Simon Skjodt Assembly Hall is one of the most iconic arenas in sports and holds a lot of my favorite memories from my time at Indiana University. I cannot wait to be a part of the best environment in college basketball on Oct. 7.”

Lewis, meanwhile, joined the NFL Network in 2014 and is the host of the network’s show, Path to the Draft. Prior to joining the NFL Network, Lewis worked as a sports anchor and reporter for television networks in Boston, New Orleans and Lubbock, Texas. In addition to his NFL Network responsibilities, Lewis is also a member of the IU Radio Network’s IU Football broadcast team alongside Don Fischer. A former IU Football player for Gerry DiNardo and Terry Hoeppner, Lewis earned his Bachelor’s degree from IU in 2005 and his Master’s in 2006.

“It’s been an incredible experience to be back around the Indiana Football program as the color analyst on radio broadcasts and going back to when I was playing for IU, I remember the atmosphere around campus on a football weekend when Hoosier Hysteria was added to the schedule,” Lewis said. “I’m so excited to now get to be a part of Hoosier Hysteria on Friday night celebrating another great year of Hoosier Basketball and then call Hoosier Football Homecoming on Saturday. What a weekend for the Glory of old IU!”

The Simon Skjodt Assembly Hall doors will open next Friday at 6 p.m., one hour in advance of the start of Hoosier Hysteria Presented by Smithville. While admission is free to the annual basketball season tip-off event, fans are encouraged to bring a canned food item to donate to the Hoosier Hills Food Bank. This is traditionally one of the organization’s most successful donation events of the year, bringing in as much as 12,000 pounds of food to support those in need in Monroe, Brown, Lawrence, Orange, Owen and Martin counties.

The Indiana Team Store, located inside the west doors of Simon Skjodt Assembly Hall, will be open for the festivities as well. In addition to being open from 10 a.m. – 5:30 p.m. on Oct. 7, it will re-open at 6 p.m. and remain open for the duration of the event. In addition to the regular assortment of great IU merchandise, the IU Team Store will also have the 2022-23 Indiana Men’s and Women’s Basketball floating heads posters on sale for $12 apiece.