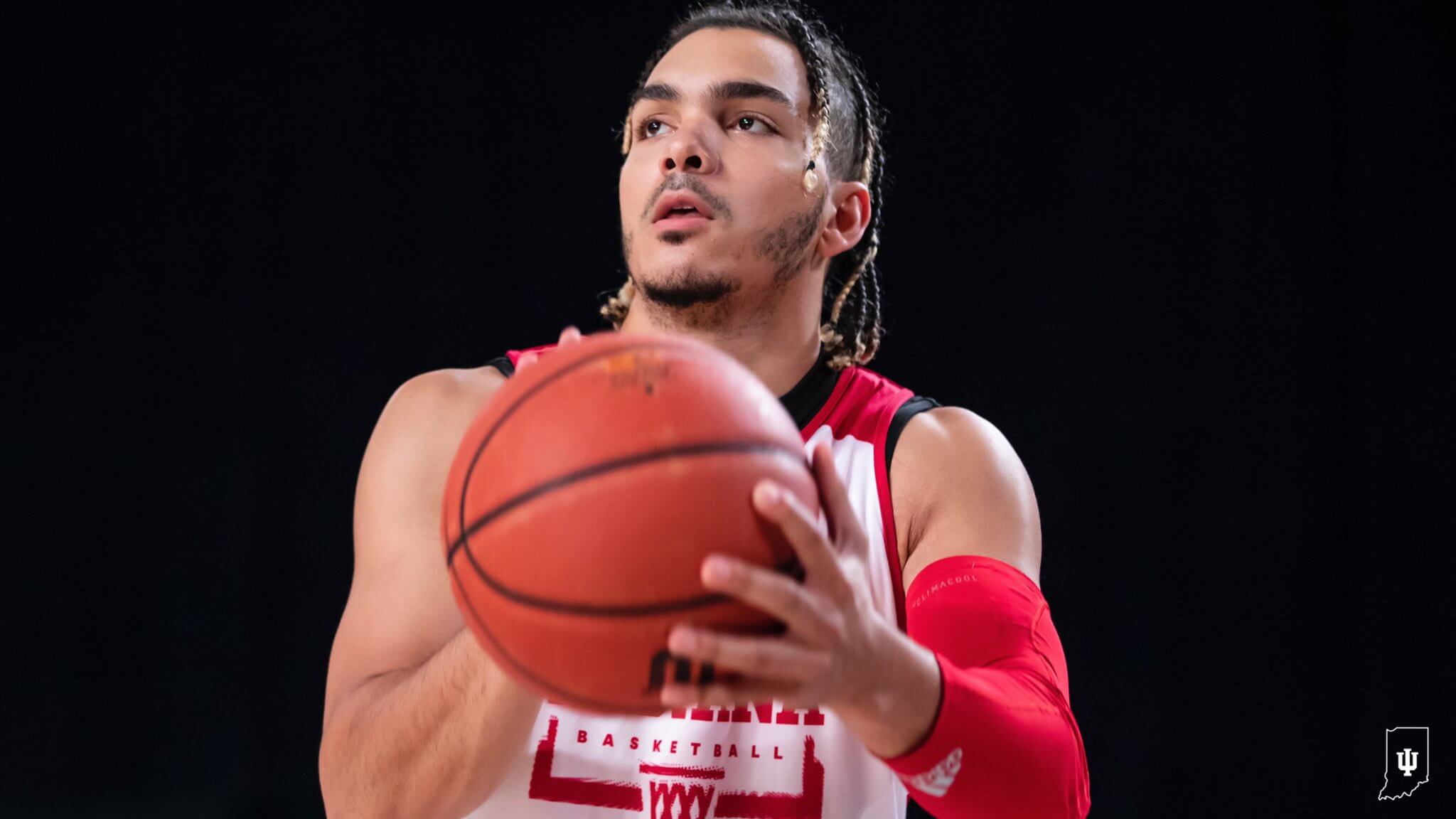 With the start of college basketball season on the horizon, we’ve transitioned from our look at other Big Ten programs to our player-by-player previews of the 2021-22 Indiana roster. Today, our player profiles continue with a look at senior Parker Stewart.

A transfer from UT-Martin who committed to the Hoosiers in December of 2020, Parker Stewart will suit up for his third college program this winter.

Ranked as the No. 273 player by the 247Composite in the class of 2017, Stewart committed to Kevin Stallings and Pittsburgh out of Union City High School in Tennessee.

As a freshman at Pitt during the 2017-18 season, Stewart started 20 of the team’s 32 games, but was primarily a complementary player. He averaged 9.1 points and shot 38.6 percent on 3s, but the Panthers finished just 8-24 and Stallings was fired at the end of the season.

Stewart transferred to UT-Martin to play for his father, Anthony Stewart. After sitting out the 2018-19 season, he broke out as a redshirt sophomore in the 2019-20 season.

With the Skyhawks, Stewart’s role grew significantly and he frequently had the ball in his hands. Nearly 30 percent of his possessions at UT-Martin with as the ball handler in the pick and roll, according to Synergy Sports. The 6-foot-5 Stewart scored .91 points per possession in the pick and roll, which ranked in the 85th percentile nationally. His assist rate of 25.4 was ninth-best in the OVC for the 2019-20 season.

But with his increased usage, Stewart’s efficiency fell at UT-Martin. He made 2.8 3-pointers per game, but shot just 34.8 percent on 3s against primarily low major competition. The drop in his overall efficiency was expected due to the fact that Stewart took on a much bigger offensive load at UT-Martin.

UT-Martin, like Pitt, struggled to win. The Skyhawks finished just 9-20 in the 2019-20 season and ended that campaign ranked 338th in the final KenPom ratings.

Stewart’s father and coach at UT-Martin, Anthony, tragically passed away at the age of 50 on Nov. 15, 2020 just weeks before the program was scheduled to begin the 2020-21 season.

A month after his father’s passing, Stewart committed to Indiana after also considering Arkansas, Kansas State and Memphis.

In a statement to Inside the Hall, Stewart cited his relationship with assistant coach Kenya Hunter as a major factor in his decision to come to Indiana.

“I just feel like it’s a good fit overall and the tradition at the school I just couldn’t overlook. I have known Coach (Kenya) Hunter for a while now. He recruited me at Nebraska while I was in high school and when I left Pitt. I feel me and him have a good relationship and that I can trust him, and my father thought highly of him as well.

“Bloomington is four hours away from where my family is currently in Tennessee and four hours away from Ohio where I’m originally from, so it just made sense distance-wise. My mom has also been working on her Ph.D. online at the university so she was happy when they recruited me as well.”

After sitting out the 2020-21 season, Stewart entered the transfer portal last spring following the firing of Archie Miller and the uncertainty of Hunter’s status with the program moving forward. But after it was settled that Hunter would be retained, Stewart opted to stay at Indiana where he’ll begin this season as a 23-year old redshirt senior.

Stewart started Indiana’s exhibition games in the Bahamas and he’s expected to bring experience at the high major level and shooting to the team’s guard rotation. His team won the 3-point shooting contest at Hoosier Hysteria and his presence on the perimeter should help Mike Woodson as he attempts to create space for All-American candidate Trayce Jackson-Davis in the post.

Bottom Line: Stewart is a sturdy, physical guard who can handle the ball and fill it up from the perimeter. He’ll be a part of a crowded guard rotation that will also feature Trey Galloway, Tamar Bates and Anthony Leal competing for minutes. A career 36.6 percent 3-point shooter, Stewart has a quick, efficient release that should allow him to be an effective floor spacer as Indiana looks to improve its woeful perimeter shooting from the Miller era.

Quotable: “I knew when he got hot, it was going to be game over. He was brought here to shoot the ball.” – Xavier Johnson on Stewart’s shooting performance at Hoosier Hysteria.