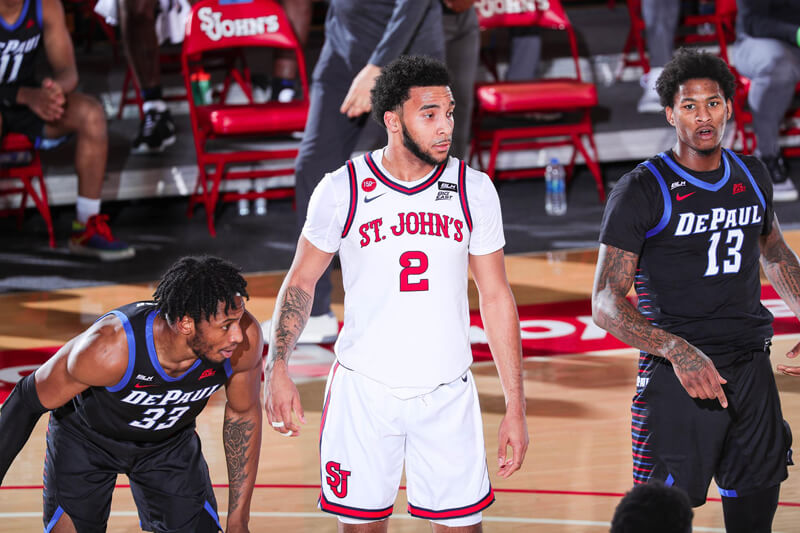 As the start of practice approaches, Grace Ybarra has already profile each of Indiana’s 11 non-conference opponents. In the coming weeks, Inside the Hall will have its annual previews of each Big Ten team along with player profiles for each of Indiana’s 13 scholarship players.

It’s important to note that Torvik projects Indiana’s overall schedule to be ranked 35th nationally, which means the Hoosiers should have plenty of opportunities to build an adequate resume for the NCAA tournament in Big Ten play.

This matchup will take place on Friday, Nov. 12, and mark the fifth-ever meeting between the schools. Indiana is 3-1 all-time against the Huskies.

NIU is a part of the Mid-American Conference, where it finished last during the 2020-21 season with a 2-12 conference record.

The Hoosiers have never lost to the Eagles, sporting a 3-0 all-time record over them. The two programs last met on Nov. 24, 2017 as Indiana prevailed 87-67 in Simon Skjodt Assembly Hall behind 18 points from Robert Johnson.

Eastern Michigan is coming off a 6-12 season, where it finished 10th in the Mid-American Conference with a 3-11 record. The COVID-19 pandemic seriously affected the program, interrupting its season for more than three weeks and causing the cancelation, postponement and/or rescheduling of 13 games.

UNCA is a part of the Big South, where it finished fourth in the conference with a 9-5 record. The Bulldogs rounded out the season with a 10-10 overall record, coming in at the No. 244 spot in the KenPom rankings.

The program is led by head coach Mike Morrell, who is gearing up to start his fourth season at UNCA. Before coming to Asheville, he worked under Shaka Smart at Texas. Since commencing his tenure with the Bulldogs, Morrell has yet to have a winning season and has an overall record of 29-53 over the last three seasons.

JSU — a member of the Southwestern Athletic Conference — is one of the largest historically black universities in the United States.

The program is led by Wayne Brent, who will soon start his eighth season in Jackson. Brent brought 15 years’ worth of coaching experience at both high school and collegiate levels with him to JSU, including time as an assistant coach at Ole Miss.

The Tigers went undefeated last season in conference play and finished with an overall 12-6 record. Despite a perfect 11-0 conference record, JSU ended its season with a second-round loss in the SWAC tournament to Texas Southern.

The private college is located outside of Boston, Massachusetts, and has a student body size of just more than 4,000.

Merrimack is a part of the Northeast Conference and is in the middle of a four-year transition to Division I. The school won’t be full members until the 2023-24 season, and therefore is not eligible for the NCAA tournament until then.

This game will mark the first-ever matchup between the Hoosiers and the Warriors.

NKU is entering its seventh season as a member of the Horizon League. Even though the program has only been a full Division I member since 2016, the Norse have reached the NCAA tournament more recently than the Hoosiers in both 2017 and 2019. NKU fell to No. 2 seed Kentucky in 2017 and No. 3 seed Texas Tech in 2019.

In his third season at NKU, the program is led by head coach Darrin Horn. Before leading the Norse, Horn was the head coach at both South Carolina and Western Kentucky.

Horn’s squad finished the 2020-21 season at 14-11 with an 11-7 conference record and ranked at No. 206 nationally in the final KenPom ratings. But in the four seasons prior, the Norse finished with at least 22 wins in every season.

The Hoosiers have never faced the Ragin’ Cajuns, but they have a 9-0 record against Sun Belt Conference teams.

This will mark Bob Marlin’s 12th season as head coach for the Ragin’ Cajuns, sporting a 205-152 overall record in Lafayette. He’s the all-time leader in Sun Belt Conference victories with 119 and won the SBC championship in 2018.

Louisiana Lafayette finished last season with a 17-9 overall record and 10-7 in SBC play. The team most notably dropped its first game of the season 112-82 to No. 1 Baylor, who went on to win the national championship. The Ragin’ Cajuns also reached the semifinals of the Sun Belt conference tournament. Louisiana Lafayette was No. 201 in the final KenPom ratings last season.

Indiana has a 3-0 record all-time against Marshall, but their most recent matchup was in 1990. This will also be the first time the Thundering Herd have traveled to Bloomington since 1940.

Marshall is led by Dan D’Antoni, the brother of longtime NBA coach Mike D’Antoni, who is going into his eighth season as head coach in Huntington, West Virginia. He has an overall record of 128-99 and has finished above .500 in his last six seasons.

The Thundering Herd have made six NCAA tournament appearances, most recently in 2018 when they made program history with their first tournament win. D’Antoni’s squad upset Wichita State in the first round before falling to West Virginia in the second round.

The Hoosiers have a 2-1 record in the games and a 5-2 advantage over the Red Storm in their seven-game history. Two of those matchups came during the NCAA tournament — an Indiana win in 1976 on its way to an undefeated season and an 86-61 loss to St. John’s in 1999.

St. John’s is led by Mike Anderson, who is now entering his third season as head coach for the program. During his 18 years as head coach in college basketball, he has never had a losing season and made nine appearances in the NCAA tournament.

Anderson’s team is coming off a 16-11 season, capped off by an overtime loss to Seton Hall in the quarterfinals of the Big East Tournament.

This year’s Big Ten-ACC Challenge will send Indiana on the road to the Carrier Dome to face Syracuse on Nov. 30. This matchup will mark the Hoosiers’ 21st game in the challenge where they hold an 8-12 record.

This will mark the seventh time the two schools have met. The Orange has won five of its six meetings with the Hoosiers. But the first time the two programs went head-to-head was in the 1987 NCAA Championship game, which Indiana won, 74-73.

It’s the final year of the Crossroads Classic and Indiana drew the Notre Dame Fighting Irish. The Hoosiers will play the Irish for the 63rd time on December 18 at Bankers Life Fieldhouse. The Hoosiers currently lead the all-time series 44-18.

The Irish capped out last season with an 11-15 record, including a 10-point loss to Purdue in the 2020 Crossroads Classic. Their 7-11 finish in conference play gave them the 11th spot in the ACC standings.