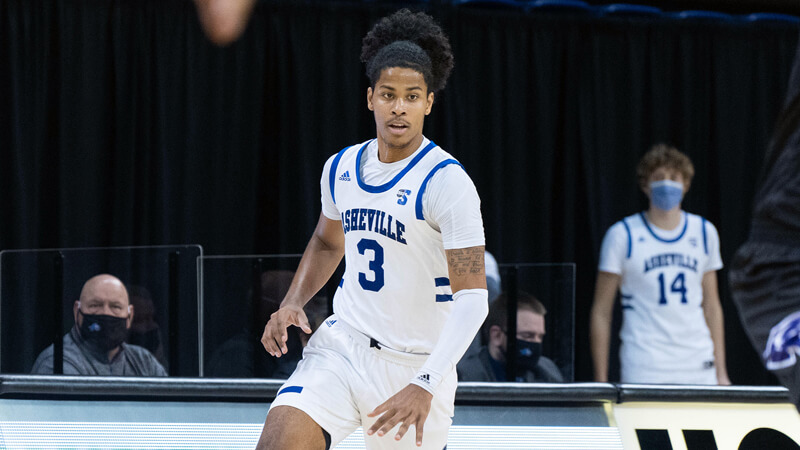 Although the Hoosiers spent some time in Asheville, North Carolina, last year, they have never faced the Bulldogs in a head-to-head matchup.

UNCA is a part of the Big South, where it finished fourth in the conference with a 9-5 record. The Bulldogs rounded out the season with a 10-10 overall record, coming in at the No. 244 spot in the KenPom rankings. UNC Asheville is ranked 242nd in Bart Torvik’s preseason rankings for the 2021-22 season.

The program is led by head coach Mike Morrell, who is gearing up to start his fourth season at UNCA. Before coming to Asheville, he worked under Shaka Smart at Texas. Since commencing his tenure with the Bulldogs, Morrell has yet to have a winning season and has an overall record of 29-53 over the last three seasons.

Morrell’s team had a rough end to the 2020-21 season after the program had to shut down for the entire month of February due to COVID-19.

Its last regular-season game was against eventual Big South champion Winthrop on Jan. 29, in which UNCA won 57-55. The team wouldn’t play again until March 1 in the Big South Tournament. The team struggled in its first game back in a month against Longwood and its postseason run was over before it started in a 77-61 loss.

The Bulldogs will return redshirt senior guard Tajion Jones. He not only led the team in points with 15.9 per game last season, but he is currently the active leading scorer in the Big South with 1,058 points. Standing at 6-foot-5, Jones has the length to produce around the rim, but he is also a threat from the perimeter after shooting 42.5 percent from 3-point range last season.

While the team has a lot of familiar faces returning to the roster, it also features three transfers and a freshman. On the transfer front, junior forward Drew Pember arrives from Tennessee, graduate transfer guard Quay Kimble joins the team from Lees-McRae, and sophomore guard Jordan Hairston is coming from Texas A&M Corpus Christi.

Dean Gabrelcik is a 6-foot-4 guard from East Lake, Florida and is the program’s lone freshman.

UNC Asheville is ranked 242nd in Bart Torvik’s preseason rankings for the 2021-22 season.