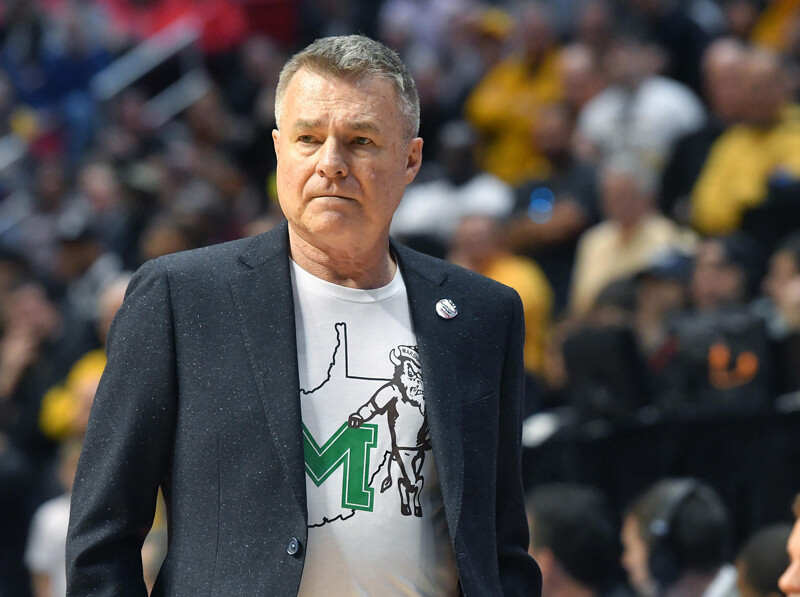 To-date, nine of Indiana’s 11 non-conference opponents for the 2021-22 season have been revealed and Inside the Hall is taking a closer look at each of those opponents as the offseason rolls along.

One of Indiana’s non-conference opponents for the 2021-22 season is Marshall. The Hoosiers and the Thundering Herd are set to face each other at Simon Skjodt Assembly Hall, according to a column from Chuck Landon.

Indiana has a 3-0 record all-time against Marshall, but their most recent matchup was in 1990. This will also be the first time the Thundering Herd have traveled to Bloomington since 1940.

Marshall is led by Dan D’Antoni, the brother of longtime NBA coach Mike D’Antoni, who is going into his eighth season as head coach in Huntington, West Virginia. He has an overall record of 128-99 and has finished above .500 in his last six seasons.

The Thundering Herd have made six NCAA tournament appearances, most recently in 2018 when they made program history with their first tournament win. D’Antoni’s squad upset Wichita State in the first round before falling to West Virginia in the second round.

This past season, Marshall went 15-7 and finished with a 9-5 record in Conference USA, with several games canceled due to the COVID-19 pandemic.

The team’s season ended on a 72-68 loss to Rice in its first game of the conference tournament and with a No. 92 ranking nationally according to KenPom.com.

Returning for the Thundering Herd is senior guard and leading scorer Taevion Kinsey, who was named first-team all-Conference USA. Kinsey’s offensive production is clear in his stats — averaging 19.5 points per game, 28th most in the country, shooting 53.2 percent from the field. He recorded 11 games of 20 or more points last season.

Some NBA draft projections touted the 6-foot-5 guard as a potential selection, but instead, Kinsey chose to return for his senior year. He was one of six players to post a stat line of 19.5 points, 6.2 rebounds and 3.0 assists per game in 2020-21 — along with the likes of Ayo Dosunmu (Illinois), Isaiah Miller (UNC Greensboro) and Cade Cunningham (Oklahoma State).

But Jarrod West won’t be back for Marshall after wrapping up his senior season. The guard’s presence on both the offensive and defensive sides of the floor will be missed as he led the team in both assists (six) and steals (2.5) per game. West earned second-team all-conference honors and was named to the C-USA all-defensive team.

Marshall is projected as the 128th best team in the country next season according to Bart Torvik.