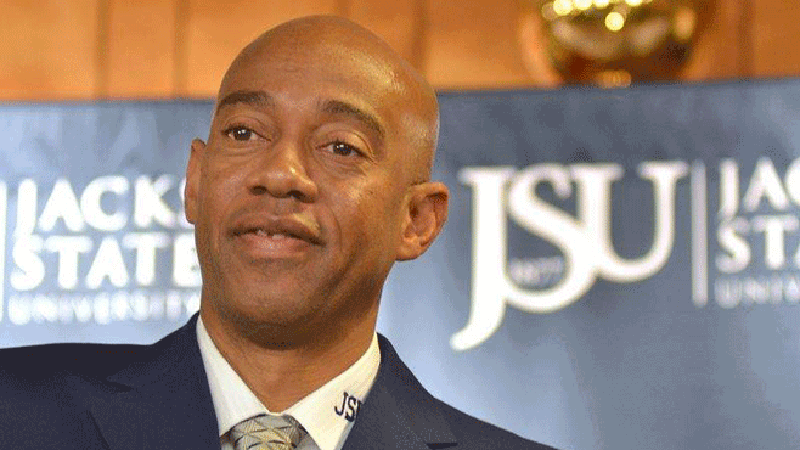 JSU — a member of the Southwestern Athletic Conference — is one of the largest historically black universities in the United States.

The program is led by Wayne Brent, who will soon start his eighth season in Jackson. Brent brought 15 years’ worth of coaching experience at both high school and collegiate levels with him to JSU, including time as an assistant coach at Ole Miss.

The Tigers went undefeated last season in conference play and finished with an overall 12-6 record. Despite a perfect 11-0 conference record, JSU ended its season with a second-round loss in the SWAC tournament to Texas Southern.

Although JSU’s record earned them a second-place finish in the SWAC, senior guard Tristan Jarrett topped the conference by being named SWAC Player of the Year. Not only did he lead the Tigers in scoring with 21.1 points per game, but also the entire conference.

Despite being granted an extra year of eligibility due to the COVID-19 pandemic, Jarrett still declared for the NBA draft in April, where he went undrafted.

But forward Jayveous McKinnis — who was given SWAC Defensive Player of the Year honors — will be back for JSU after entering the transfer portal. He received offers from 20 other programs, but he said he wanted to return to his teammates and JSU to make a deeper postseason run than last season.

The Tigers were ranked first in opponent average points per game with 61.6 last season, and McKinnis was a big part of that. Standing at 6 feet 7 inches, McKinnis averaged a double-double with 12.5 points and 13.2 rebounds per game.

Brent told the media he’s confident the Tigers can make their first NCAA tournament appearance since the 2007 season with McKinnis back for them.

After finishing No. 265 nationally in the final KenPom ratings last season, Jackson State is ranked 186th in Bart Torvik’s rankings for the 2021-22 season.