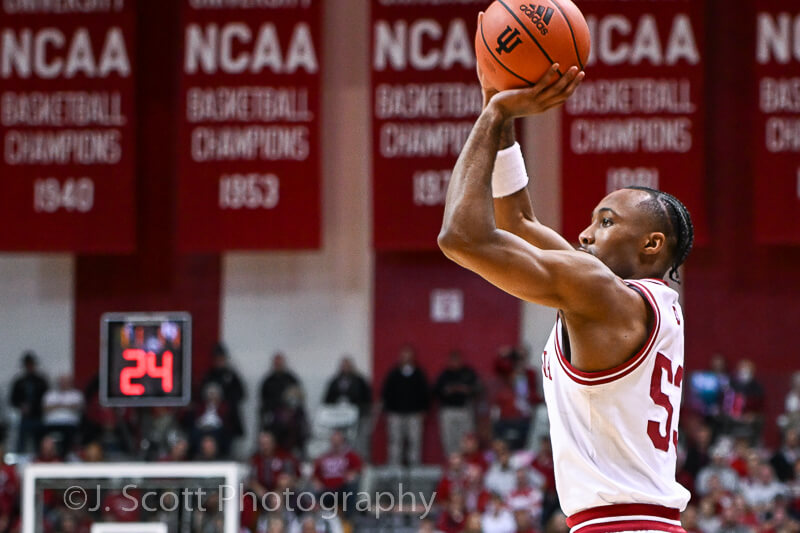 For the second straight week, IU delivered mixed results. It started on a strong note with the Hoosiers picking up their first conference victory of the year against Nebraska. That good feeling did not last much beyond a couple of days however as Indiana came out slow against Arizona and never recovered in defeat.

Away from the court, the first NET ratings of the season are out. Also, Assembly Call had new episodes of their shows this week as did IU coach Mike Woodson’s radio show. We will as usual conclude with a look at how other IU sports are doing, led by men’s soccer playing for a national championship on Monday night.

Looking for tickets to upcoming Indiana home games? Vivid Seats has you covered. This week Indiana Travels to Kansas. Vivid Seats is a full-service provider – with an industry-leading customer service team, reachable by phone or online during extended business hours. (These links are Inside The Hall affiliate links, so a commission will be paid to ITH if you click and make a ticket purchase.)

Coming off the disappointment against Rutgers last weekend, IU rebounded nicely and thoroughly controlled the contest against a struggling Nebraska team 81-65. IU managed to shoot it well from the outside and Trey Galloway and Tamar Bates  had excellent nights. Also, Trayce Jackson-Davis recorded the third triple-double in IU history.

Afterward, Mike Woodson and Fred Hoiberg spoke, Inside the Hall had a photo gallery, Ryan Corazza had his Minute After and Film Session, Alex Bozich penned Five Takeaways, and Amanda Foster and William McDermott had columns.

A poor start doomed the Hoosiers against an Arizona squad that may be the best in the country. IU fell behind by 19 points early and never fully recovered despite playing a strong second half. Indiana managed to shoot it well from the outside for the second straight contest and Race Thompson had his best game of the season so far. However, none of these positives was enough in an 89-75 defeat.

Afterward, Woodson spoke, Foster and McDermott had columns, and Corazza had his Minute After.

The NCAA released their first NET ratings of the season and it was good news for the Hoosiers. The computers are high on Indiana slotting them 10th in their initial release. The NET is the main tool the selection committee uses for rankings when deciding seeding for the NCAA Tournament. IU’s spot was third in the Big Ten behind No. 3 Purdue and No. 6 Maryland.

While Podcast on the Brink took the week off, Assembly Call had new episodes of both AC Radio and postgame shows following the contests against the Cornhuskers and Wildcats.

Also, Doing The Work had a recap of the Illinois win as the No. 3 Hoosiers survived a scare against the Illini and handled Penn State on the road to remain undefeated on the season at 10-0.

Mike Woodson had his normal radio show on Monday. On it, a variety of topics were discussed including the UNC victory and Rutgers loss,

• Men’s Soccer is 90 minutes from the program’s ninth national title following a dominating 2-0 win over Pittsburgh in their first game of the College Cup. Assembly Call was on site with coverage for subscribers. The national championship is Monday at 6 p.m. ET on ESPNU against Syracuse.

• Track and field competed in their first event of the season.