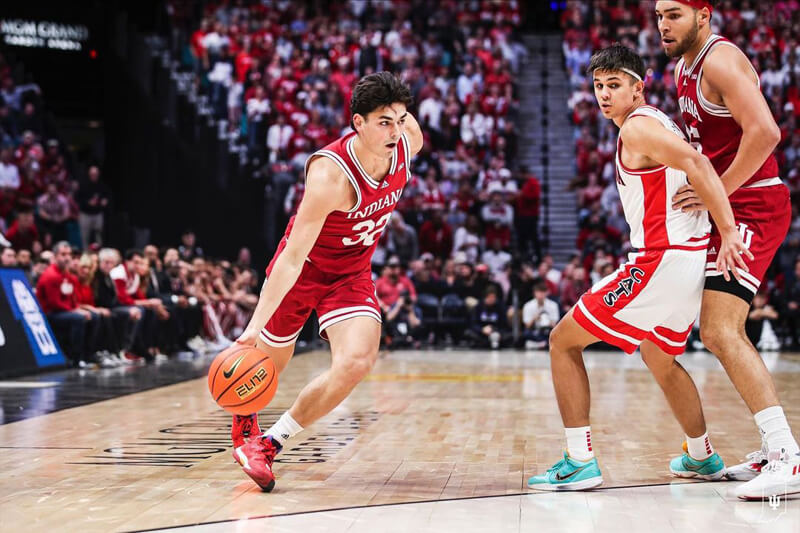 Indiana’s defense wasn’t up to the task early against Arizona at the MGM Grand Arena. The Wildcats were the quicker and more aggressive team, building a 27-8 lead by the 11:13 mark of the first half. The Hoosiers couldn’t buy a bucket from the perimeter and it looked like Arizona might win running away. But Race Thompson came to the rescue from the perimeter. Thompson, who entered the game 3-for-18 from distance, buried three 3-pointers and Indiana cut the lead to five at 36-31 with 3:47 remaining in the first half. The Wildcats closed the first half on a 5-0 run to lead by 10 at intermission. Arizona finished the first half at 1.2 points per possession.

Indiana got within five at 47-42 early in the second half, but Arizona stretched the lead back to nine at the under-16 media timeout. The Hoosiers, however, had another answer. Back-to-back 3-pointers by Xavier Johnson and Tamar Bates brought Indiana within three at 59-56, forcing Tommy Lloyd to take a timeout at the 12:44 mark. That, however, was as close as Indiana would get. By the under-12 media timeout, the Wildcats were 10-for-22 from distance and led 72-60. After Arizona stretched the lead to 14, Indiana answered with an 8-0 run, forcing another timeout from Arizona with 6:02 to go. The Arizona lead was stretched back into double figures at 86-75 on a pair of free throws by Pelle Larsson and Indiana never challenged the Wildcats the rest of the way.

Indiana had five players finish in double figures. Thompson led the Hoosiers with 16 points, Miller Kopp added 14, Tamar Bates had 13 and Xavier Johnson and Trayce Jackson-Davis each had 11.

Indiana’s defense struggled to keep up with Arizona’s high-powered offensive attack. The Wildcats scored 89 points and 1.28 points per possession. 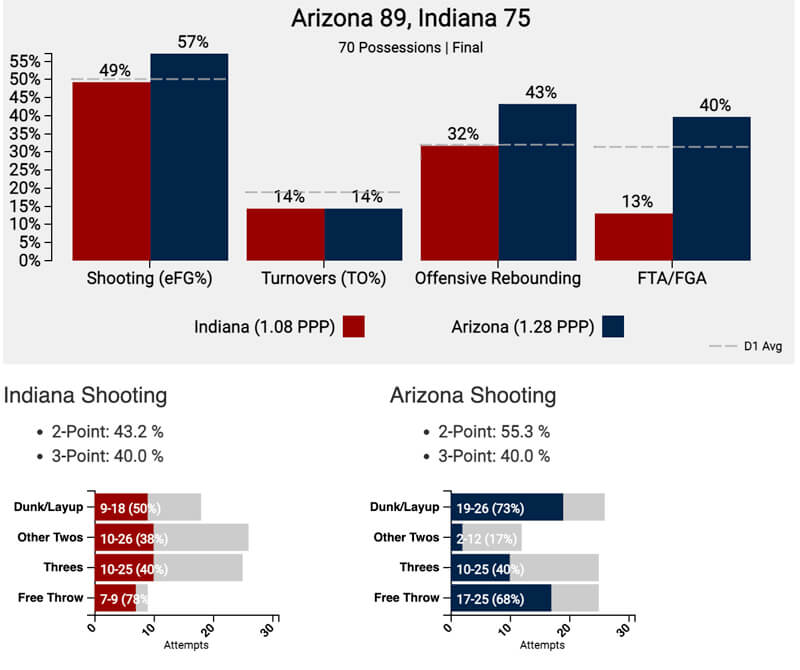