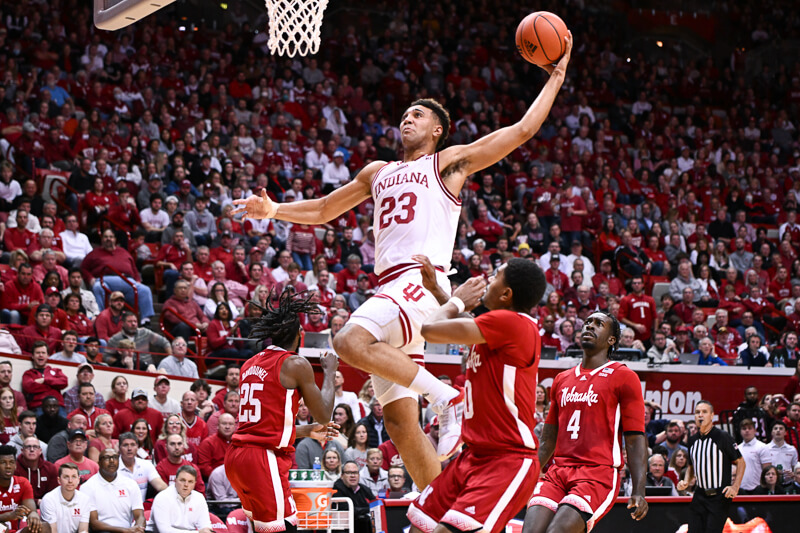 Quick thoughts on an 81-65 win against Nebraska:

Indiana raced to a 14-2 lead out of the gate on Wednesday at Assembly Hall. Trey Galloway, starting in place of Jalen Hood-Schifino for the second straight game, had five points in the opening five minutes for the Hoosiers. Indiana extended its lead to 15 at 28-13 at the 7:51 mark of the first half on a Tamar Bates layup, forcing Fred Hoiberg to take a timeout. Nebraska cut Indiana’s lead to eight at 32-24 on a 3-pointer from Emmanuel Bandoumel, but Galloway answered with his second 3-pointer of the game to make it 35-24 with 3:51 to play in the first half. A steal by Trayce Jackson-Davis and a dunk by Race Thompson gave Indiana a 39-26 lead at halftime. The Hoosiers scored 1.06 points per possession in the first half.

Nebraska scored the first six points of the second half to get within seven at the 17:33 mark. The Hoosiers answered with the next four points, though, to push the lead back to double figures. Indiana led 43-34 at the first media timeout of the second half. The Huskers cut it to seven on a C.J. Wilcher 3-pointer with 13:35 to play, but Indiana scored the next five points for a 53-41 lead at the under-12 media timeout. The run stretched to 11-0 as Indiana opened its lead to 18 points at 59-41 with 9:30 remaining. The Hoosiers led by as many as 22 points and picked up their eighth win of the season and first Big Ten victory.

Jackson-Davis recorded the third triple-double in IU basketball history with 12 points, 11 rebounds and 10 assists. The two previous triple-doubles came from Steve Downing in 1971 and Juwan Morgan in 2018. 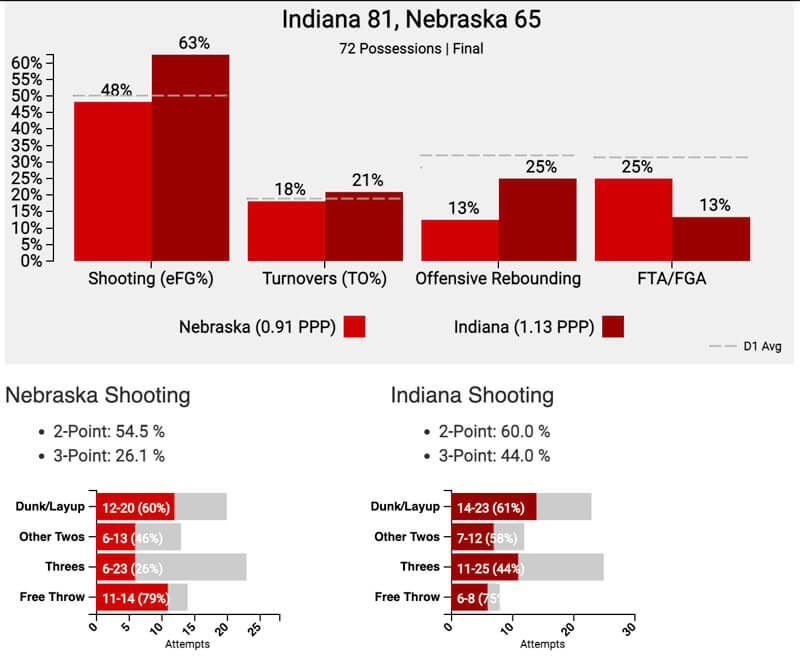