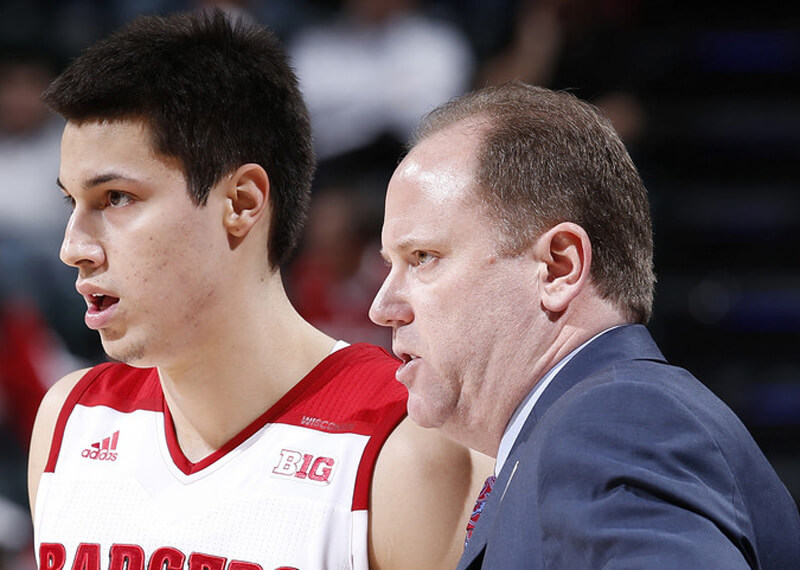 With the start of college basketball season on the horizon, we’ll be taking a long look at the conference at large as well as Indiana’s roster over the next month. Today, we conclude our Big Ten team previews with the Wisconsin Badgers.

After losing both Frank Kaminsky and Sam Dekker following the 2014-2015 season, and the abrupt end to Bo Ryan’s tenure as Badgers coach at the end of last season’s nonconference slate, Wisconsin somehow managed to turn its season around in 2015-2016. The Badgers made the NCAA Tournament for the 18th consecutive year and advanced to the Sweet 16 before falling to Notre Dame.

Now a year older and with largely the same roster intact, the Badgers are ready to compete for a Big Ten title in Greg Gard’s first full season as head coach.

For Wisconsin, it all starts with Nigel Hayes. The 6-foot-8 forward played more than 90 percent of the Badgers’ minutes last year, averaging over 15 points, five rebounds and three assists per contest. Facing an increased workload, Hayes struggled shooting the ball, finishing the campaign with a career low field goal percentage (37 percent). Hayes also shot below 30 percent on 3s and committed 2.3 turnovers per game.

Returning alongside Hayes in the frontcourt is 6-foot-9 forward Ethan Happ, a redshirt sophomore. Happ averaged 12 points and eight rebounds per contest as a freshman while hitting nearly 54 percent of his shots and should continue to blossom as one of the best big men in the conference.

The starting backcourt will also remain the same for Wisconsin with the return of guards Zak Showalter and Bronson Koenig. A fifth year senior, Showalter doesn’t fill up the stat sheet, but drew a team-high 16 charges. Koenig will be relied on from behind the arc, as he shot nearly 40 percent from 3 on more than 200 attempts last season.

Rounding out the starting lineup is likely to be 6-foot-8 forward Vitto Brown. After averaging under two points per game as a freshman, Brown averaged nearly ten as a sophomore, starting in all but one game for the Badgers.

The Badgers have added two freshmen with three-star recruits Aleem Ford and D’Mitrick Trice, but any contributions in their first seasons in Madison would just be an added bonus to a team ready to return to the top of the Big Ten.

Bottom Line: Returning all five starters, expect the Badgers have a much easier time making the NCAA Tournament. The toughest non-conference test will likely come at the Maui Invitational, where a potential date with North Carolina looms. Whether they compete for a Big Ten title and a Final Four berth may be dependent on being more efficient from the field. Wisconsin finished last season with an effective field goal percentage ranked just 234th nationally by KenPom.

Quotable: “We’ve talked about it and acknowledged it from the first day of school. These guys are aware of the situation and they know what’s coming. The upperclassmen have gone through something similar two years ago and they understand that nothing changes based on expectations. It’s not like we’ll do fewer drills just because people are ranking us high.” – Greg Gard on how Wisconsin plans to handle increased expectations.