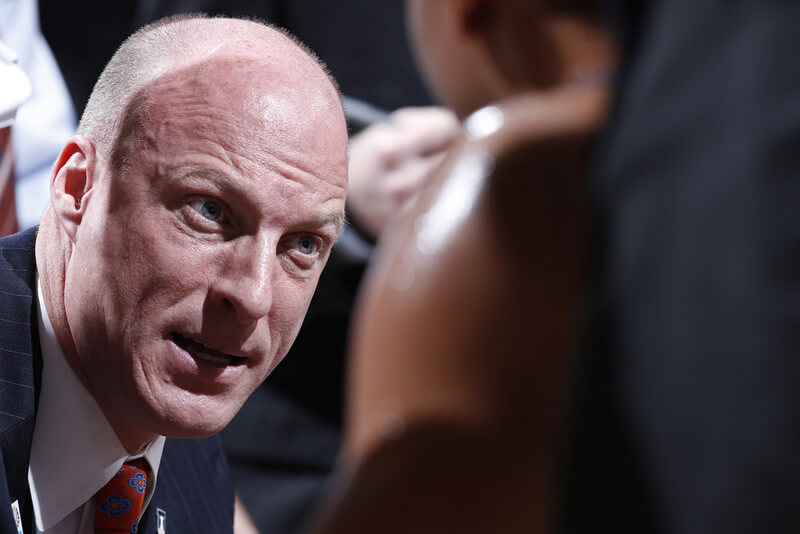 With the start of college basketball season on the horizon, we’ll be taking a long look at the conference at large as well as Indiana’s roster over the next month. Today, we continue our Big Ten team previews with the Illinois Fighting Illini.

As John Groce enters his fifth season at the helm in Champaign, the Illinois program is at a crossroads.

The Fighting Illini have missed the NCAA tournament in three consecutive seasons and a fourth straight miss would turn up the heat even more on Groce’s seat. However, Groce still has the confidence of new athletic director Josh Whitman and has recruiting momentum in the class of 2017.

This year’s Illinois squad might be the toughest Big Ten team to project as the Illini have been picked to finish as high as sixth in the league and as low as 12th in the preseason. The talent is certainly there to surprise, but there are plenty of caveats, too.

At the top of the list of those caveats is health. Illinois has been plagued by injuries in recent seasons and will need Tracy Abrams, Mike Thorne and Leron Black at full strength if expectations are to be exceeded.

Senior wing Malcolm Hill is one of the Big Ten’s best players and will once again carry a heavy offensive load. Hill used 27.7 of Illinois’ possessions last season while on the floor and posted an effective field goal percentage of 47.8. Hill does a great job of using his body to get into the lane and draw fouls. He can play both forward spots and averaged 18.1 points, 6.6 rebounds and 3.3 assists as a junior.

Abrams is back for a sixth season after injuries derailed his last two attempts at a senior year. He’ll get the first shot at the point guard position, but could be pushed by freshman Te’Jon Lucas.

Sophomore Jalen Coleman-Lands is currently recovering from a broken hand, but should be ready to go sometime in November. Coleman-Lands connected on 42.2 percent of his 3s last season and is a prime candidate to have a breakout season.

Sophomore D.J. Williams is a solid athlete and slasher while classmate Aaron Jordan hit 34.4 percent of his 3s last season. Both could have a chance at increased minutes following the offseason dismissal of Kendrick Nunn, the team’s second leading scorer last season. Transfer Kipper Nichols is another player to watch, but he’ll miss the first 11 games due to NCAA rules.

Up front, Illinois should have more options this season if Thorne and Black are healthy. Thorne was granted a medical redshirt after missing most of last season with a knee injury. Black is suspended for the first four games, but is a former top 50 recruit who has the potential to make an impact on the glass.

Senior Maverick Morgan and sophomore Michael Finke, both of whom started last season, could be looking at lesser roles if Thorne and Black are healthy. The 6-foot-10 Finke can stretch the floor with his ability to shoot and Morgan shot 56.4 percent on his 2s as a junior.

Bottom Line: While it may be a stretch to call this a make or break season for Groce, there’s pressure to show progress. Strong early returns in 2017 recruiting have taken some of the pressure off, but Illinois needs quit moving backwards in the Big Ten standings. After a 23-win season in 2012-2013, the Illini have won 20, 19 and 15 games in the last three seasons. If this group can stay healthy, there’s potential to surprise, but it may be a reach for Illinois to finish in the top half of the league. It will also help quiet critics if Illinois can stay out of trouble off the court, which was a major issue last season.

Quotable: “I think it’s important today that folks understand that John Groce is going to continue to be our basketball coach. He’s a first-class individual and an excellent leader. He’s a student of basketball and leadership, and I feel really comfortable with the leadership he’s given our guys.” – Whitman on Groce last spring.