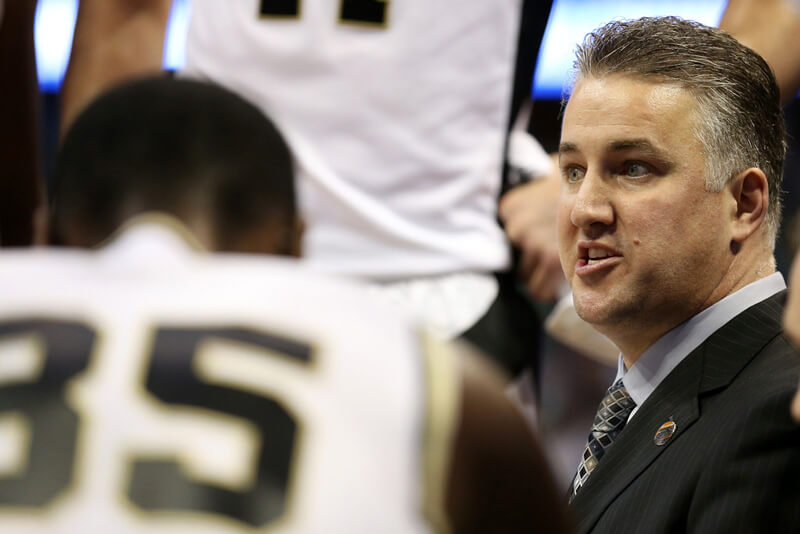 With the start of college basketball season on the horizon, we’ll be taking a long look at the conference at large as well as Indiana’s roster over the next month. Today, we continue our Big Ten team previews with the Purdue Boilermakers.

A season ago, Purdue started off with an 11-game win streak and was one of 10 teams to be nationally ranked for the entire season. The Boilermakers climbed as high as No. 9 in the national rankings and finished 26-9 overall.

In Big Ten play, it was a strong season in West Lafayette as Purdue finished in a four-way tie for third place with a record of 12-6 and set a school record with 17 wins at home. In the Big Ten Tournament, Purdue beat Illinois and Michigan before falling to Michigan State in the championship.

But when NCAA tournament time rolled around, Purdue came up short again. The Boilermakers fell to Arkansas-Little Rock, 85-83, in double overtime after leading by 13 points in the second half. It marked the fourth straight season that Purdue failed to win an NCAA tournament game.

Finishing games is going to be a point of emphasis as the Boilermakers enter the 2016-2017 campaign. And it won’t be long before Purdue gets a stiff test as defending national champion Villanova comes to Mackey Arena on Nov. 14.

The Boilermakers have a strong returning group as three starters – Caleb Swanigan, Vincent Edwards and P.J. Thompson – are back. Both Swanigan and Edwards considered jumping to the NBA before opting to return to school. Up front, Isaac Haas will assume a larger role as A.J. Hammons graduated and was selected 46th overall in the NBA draft by the Dallas Mavericks. Raphael Davis, a former Big Ten defensive player of the year, also graduated.

The Boilermakers add Final Four experience and leadership with Michigan transfer and redshirt senior Spike Albrecht. Albrecht graduated from Michigan and will be able to play immediately at Purdue.

The incoming freshmen class is just one player, but four-star recruit Carsen Edwards should crack the Purdue backcourt rotation immediately. On the team’s trip to Spain in August, the 6-foot Edwards averaged 16.3 points per game and shot 64.9 percent from the field.

Bottom Line: The Boilermakers have to do a better job at finishing games if they hope to contend for the Big Ten title or advance in the NCAA tournament. They ended last season on a poor note and should be hungry to win an NCAA tournament game for the first time in five seasons. Painter has a strong returning nucleus, which should give Purdue one of the league’s most balanced lineups. Purdue’s defense could take a step back without Hammons and Davis departing, but the offense could take a step forward with improved guard play.

Quotable: “To put yourself in a position both years to get a good seed and then lose in the first round, especially last year, it hurt a little bit. We thought we really learned from it our freshman year. It happened again and I feel like learning from those things is huge. I feel like we’ve really done that since that loss.” – Thompson recently to The Herald-Bulletin.