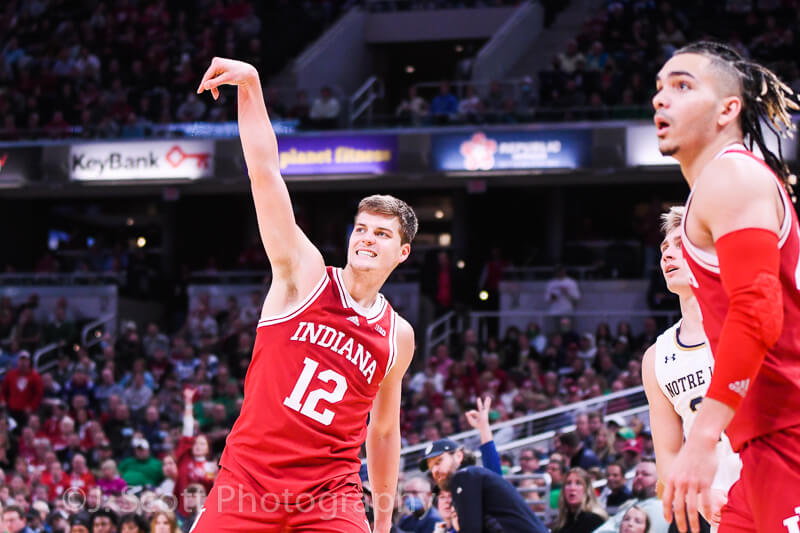 All season IU has been dominant at home, but unable to win games on the road. This week was no different as the Hoosiers pulled away late from Minnesota for a victory in Assembly Hall before second-half turnovers doomed them in Iowa City.

IU will have their best chance yet for a win outside the state of Indiana when they head to Nebraska on Martin Luther King Day for a showdown with the worst team in the Big Ten.

Off the court Assembly Call and Inside The Hall had their normal shows, as did Hoosier coach Mike Woodson. We will as always conclude with a look at how other IU sports are doing. In brief news, Inside The Hall resumed their weekly Big Ten Power Rankings.

IU was able to follow up their signature win against Ohio State in a similar fashion against the Golden Gophers, pulling away late for a 73-60 victory. Minnesota has been a bit of a surprise this season despite turning over almost their entire roster. However, in the end, the Hoosiers remained undefeated in Assembly Hall at 11-0.

As good as the Hoosiers have been at home, they have been equally bad on the road falling to Iowa 83-74 in their latest setback. IU remains winless in four tries in away games, and this time it was turnovers and poor free-throw shooting leading to the Hoosiers falling apart in the second half. With the loss, IU is now 12-4 on the season and 3-3 in the Big Ten.

Afterward, Corazza had his Minute After and Film Session, Bozich wrote Five Takeaways, and Ybarra had a column about the Hoosier’s self-inflicted mistakes,

If IU is going to capture its first road win, the game against Nebraska represents the best chance yet. The Huskers are dead last in the Big Ten and the only winless team in conference play at 0-7 and just 6-12 overall. The game is tomorrow at 6 pm on BTN in Pinnacle Bank Arena. The Hoosiers already handled the Cornhuskers easily in December at home 68-55 after a slow start.

IU guard Trey Galloway spoke with the media before the contest on Monday.

Banner #4 – Podcast on the Brink and Assembly Call postgame

Both Inside The Hall and Assembly Call were busy with shows this week as per usual.

POTB had special guest Rocco Miller of bracketeer.org to discuss IU’s tournament outlook as well as the rest of the Big Ten’s postseason aspirations. Meanwhile, Assembly Call had postgame shows following the games against Minnesota and Iowa. Also, Doing The Work had a postgame show following the victory over Nebraska.

On Monday, Woodson had his normal weekly radio show.

The IU head coach discussed the wins over Minnesota and Ohio State and previewed the Iowa game (the show took place before the contest against the Hawkeyes).

• No. 6 Women’s Basketball held on for a big victory against a solid Nebraska squad. However, the Hoosiers got bad news when it was announced that star center Mackenzie Holmes would miss a still-undetermined amount of time with a knee injury. IU plays at arch-rival Purdue today at 2 pm on FS1 in a series the Hoosiers have dominated as of late.

• Football announced a slightly modified schedule where they will open with Illinois at home instead of Northwestern. Also, IU has found its new defensive coordinator to replace the departed Charlton Warren.

• IU Soccer starting goalie Roman Celentano was selected in the MLS draft by nearby FC Cincinnati where former Hoosier star Pat Noonan is the head coach.

• The Hoosiers ranked Swimming and Diving squads split with Louisville, as the IU men and Cardinal women emerged victoriously.

• Wrestling fell to Penn State. They face Michigan State in their opener Monday.

• Track And Field competed as a split-squad at two different meets this weekend.

• Water Polo will open their season at no. 11 after being ranked in the preseason poll.