Anthony Gaines passes to Ryan Greer coming out of the left corner: 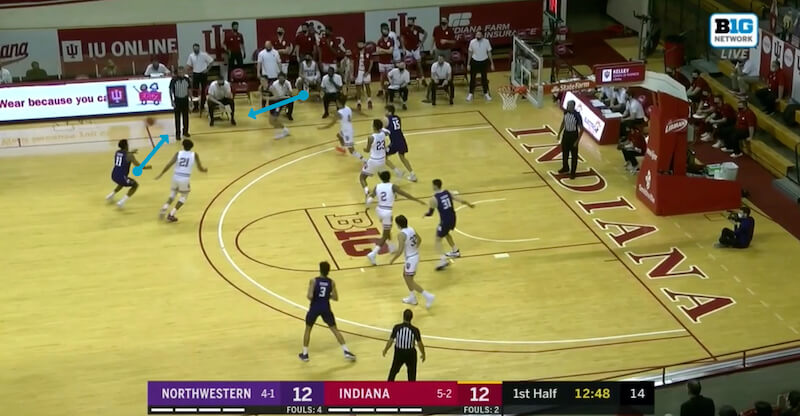 Lander guards Greer tight as he looks to pass to Ryan Young, who is being fronted by Jackson-Davis: 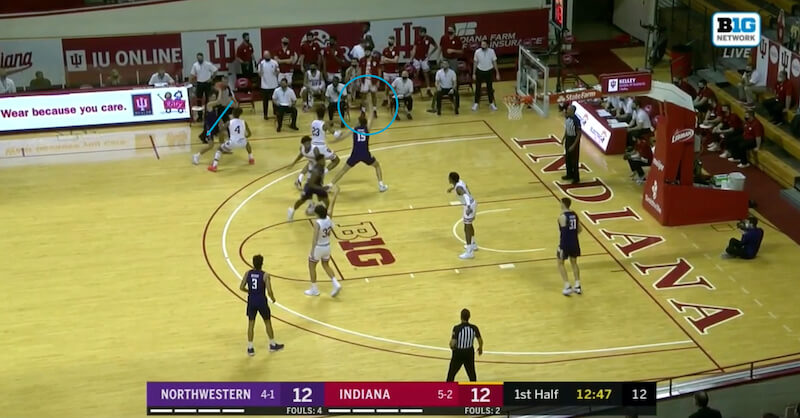 Greer doesn’t make the pass, but takes the opportunity to drive right on Lander. Trey Galloway looks on: 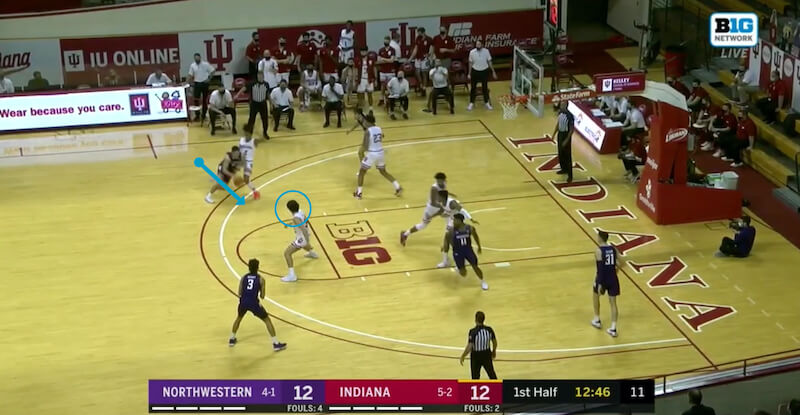 But Galloway doesn’t move over to stop the ball. With Franklin and Jerome Hunter staying home on the weak side, it’s up to Jackson-Davis to try and contest Greer’s shot as he’s now into the middle of the lane: 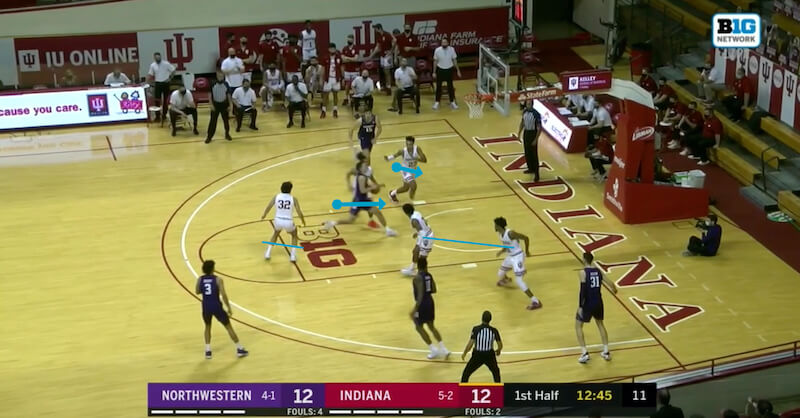 It’s a decent challenge from Jackson-Davis, but Greer puts it in for two regardless: 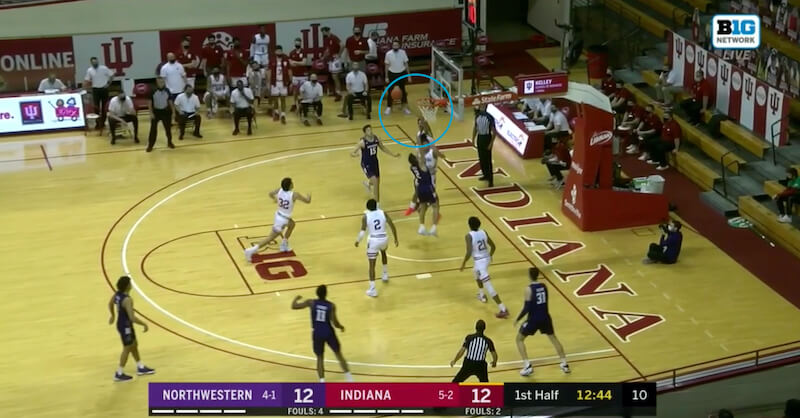 While Lander allowed the drive to start this advantage for the Wildcats, Galloway failed to stop the gap with any true help and recover defense, a principle of the pack line, allowing Greer easy access to the lane. (Perhaps he was a little leery of leaving Berry, who’s now shooting 47.4 percent on 3s for the season.)