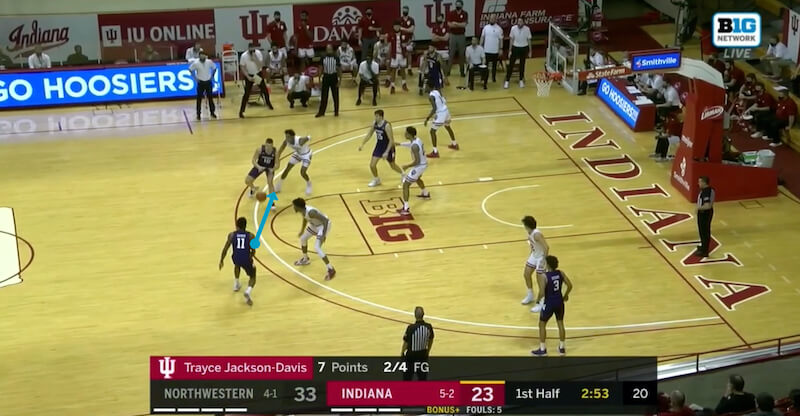 Jackson-Davis fronts Young as Kopp looks to enter the ball. The rest of Indiana’s defense is spaced: 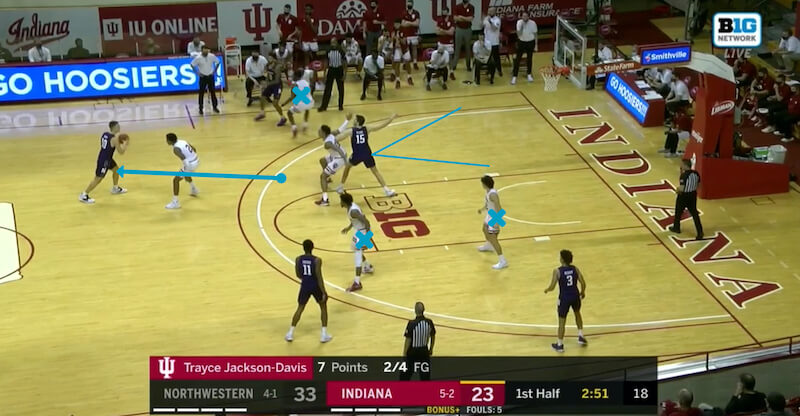 As Kopp makes the pass, both Jackson-Davis and Galloway go up to try and steal the ball: 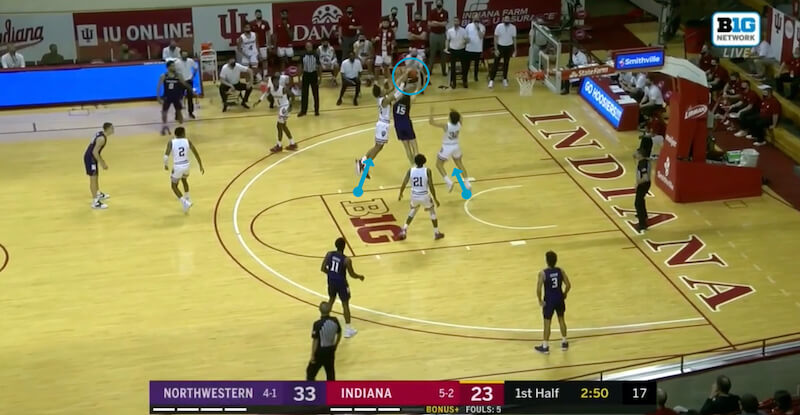 Neither are successful and all of a sudden Young is open to the rim. Hunter isn’t necessarily ready to react with his body position here: 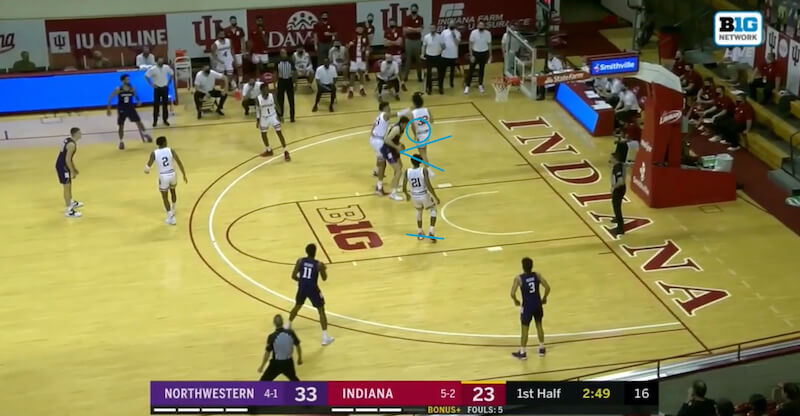 Young gets it up and in for the score: 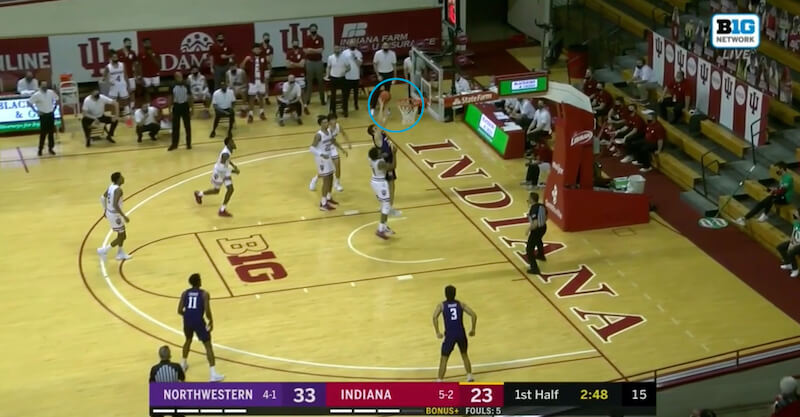 With Northwestern spreading out around the perimeter, it allowed for a good-sized gap behind Young on the entry pass. From there, Galloway’s gamble for the steal on the help allowed Young space for the score.