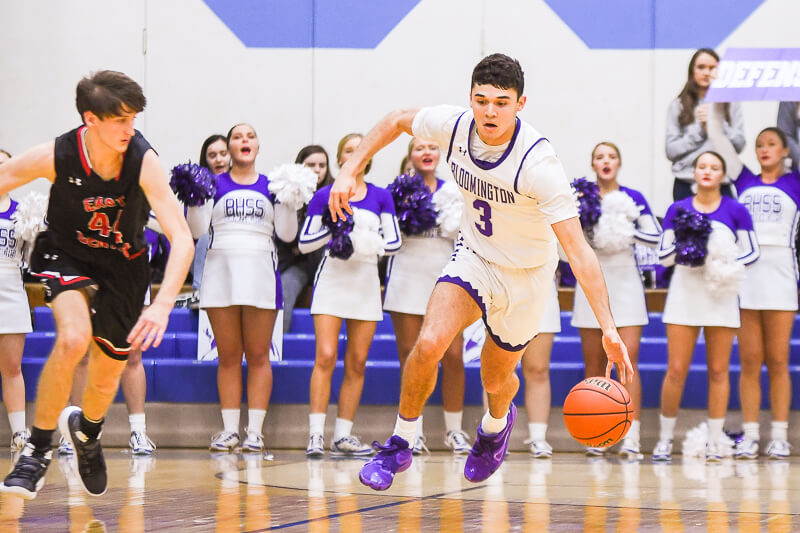 With the initial shock of the lack of an NCAA Tournament soon enough giving way to acceptance, the past week in Indiana basketball was focused on looking at the past and the future of the Hoosier program.

Inside The Hall continued its series recapping IU’s key players from the 2019-20 season, while also offering a look at what some of the incoming Class of 2020 Hoosiers are doing this offseason to remain ready to play come the fall.

Elsewhere, Assembly Call continued its live rewatch series of classic IU NCAA Tournament games, and Round of 64 voting was completed in “The Greatest IU Basketball Player of All-Time Bracket.”

Inside The Hall continues season-recap series for IU players

Five more Indiana players had their 2019-20 seasons dissected by the Inside The Hall crew this past week, as the website continues with its “That’s A Wrap” series looking back at what each scholarship Hoosier contributed last season.

Rob Phinisee, Race Thompson, Al Durham, Justin Smith and Joey Brunk were all analyzed within the lens of how they improved during another season under Archie Miller, and with all five of those players set to return for the 2020-21 season, how they figure to progress ahead of the new season for Indiana.

In total, nine Hoosiers have been evaluated in the series so far, and all nine are players who still have college eligibility left to use.

The series will conclude in the next few days with Indiana’s seniors, De’Ron Davis and Devonte Green, set to be analyzed.

If you want an early taste of the Devonte Green “That’s A Wrap,” look no further than last week’s edition of Assembly Call Radio, which dove head-first into three lingering questions about Green’s career at Indiana.

Last Sunday night’s re-watch saw the Hoosiers defeat a young Shaquille O’Neal and his LSU team in the Round of 32 of the 1992 NCAA Tournament, while on Friday night we had the pleasure of watching the great Calbert Cheaney score 32 points as Indiana defeated Louisville in the Sweet 16 of the 1993 NCAA Tournament.

There are still five more re-watches scheduled to take place, beginning with tonight’s re-watch of Indiana’s win over Kent State in the Elite Eight of the 2002 NCAA Tournament.

Be sure to hit play on the re-watch video of the game at the coordinated time of 8:00 p.m. Eastern Time tonight, follow along on Twitter for ‘live’ updates and to stick around for the Assembly Call post game show.

We helped create the bracket. Now you, the IU fans, have done your part.

The Round of 64 voting in the “Greatest IU Basketball Player of All-Time Bracket,” a joint partnership between Assembly Call and Inside The Hall, is now complete for all four regions of the bracket.

Over the course of the last week, voting via Twitter polls determined the Round of 64 winners in the Pre-Knight, Knight Pre-’85, Knight Post-’85 and Post-Knight regions.

This sets up four more days of voting next week, with Round of 32 match ups now on tap for each of those four regions. Be sure to visit Inside The Hall on Monday, Tuesday, Wednesday and Thursday mornings to view and vote on each day’s match ups to make sure that you have a say in determining the greatest Indiana basketball player to ever lace up his shoes.

Be sure to listen to this week’s episode of Podcast on the Brink to learn more about the bracket, the criteria behind its creation and what Jerod Morris, Alex Bozich and IU basketball historian Bill Murphy have to say about the voting so far.

The abrupt end to the basketball season didn’t only affect college hoops, but also plenty of state tournaments around the country, including the IHSAA state tournament in Indiana.

This meant incoming Indiana guard Anthony Leal didn’t have a chance to help finish off an undefeated season with his Bloomington South Panthers, who were 26-0 and still alive for a state title.

Leal discussed the unusual end to his high school career, and what his off season will look like given the COVID-19 pandemic, with Inside The Hall’s Alex Bozich last week.

While the COVID-19 pandemic didn’t cut short Jordan Geronimo’s final high school season in New Hampshire (his team, St. Paul’s School, was eliminated from the state tournament in late February), similar challenges face the high-flying and defense-first wing man as he also looks forward to adjusting to the college game.

Just two days ago, Inside The Hall’s Dylan Wallace spoke with Geronimo at length to learn more about what he feels he needs to do in the coming months to be ready for the hopeful resumption of college basketball come the fall. They also discussed Geronimo’s accomplishment of being named Gatorade New Hampshire Boy’s Player of the Year.

My ‘State of Basketball’ series with Inside The Hall resumed this week with its sixth installment, this time chronicling one of the most unique gyms in the world that happens to be located in the small town of Newport, Indiana.

Newport High School’s old gym is now the lower level of the Vermillion County Public Library, but although Newport High School consolidated into another school more than 50 years ago, the original building and gym still remain intact.

Renovations have kept the building ready for use, and from 2003 onward its has housed the library, which still allows patrons to check out sports equipment like basketballs and volleyballs and head downstairs for practice.

A few months ago I traveled to Newport to speak with Misty Bishop, the library’s director, to discuss the oddity of having a gym-library combination, what role the gym plays in attracting visitors to the library and why, after all this time, Newport remains committed to keeping pieces of the town’s legacy in place.

“You get that historic feel in Newport when you’re here,” Bishop told me. “The community is so involved with the building and keeping the history.”

Sports is still on hold everywhere with the Coronavirus, but articles from the offseason continue to be written.

• Football saw new IU strength coach Aaron Wellman and head coach Tom Allen do a teleconference this week. They also picked up an important transfer for next season from Stanford.

• Men’s Soccer picked up its second defensive transfer of the offseason with the commitment of Nyk Sessock who was previously at Pittsburgh.

• The Herald Times’ Jon Blau wrote about the uncertainty IU Baseball and Jeff Mercer are facing in light of the Coronavirus.

• In more unfortunate Coronavirus news, IU Like other schools, did not receive the revenue from the NCAA it anticipated in light of the cancellation of the NCAA Tournament.

• On lighter news in light of the outbreak, the increased use of the Zoom for communication has caused there to be IU related backgrounds for the app.