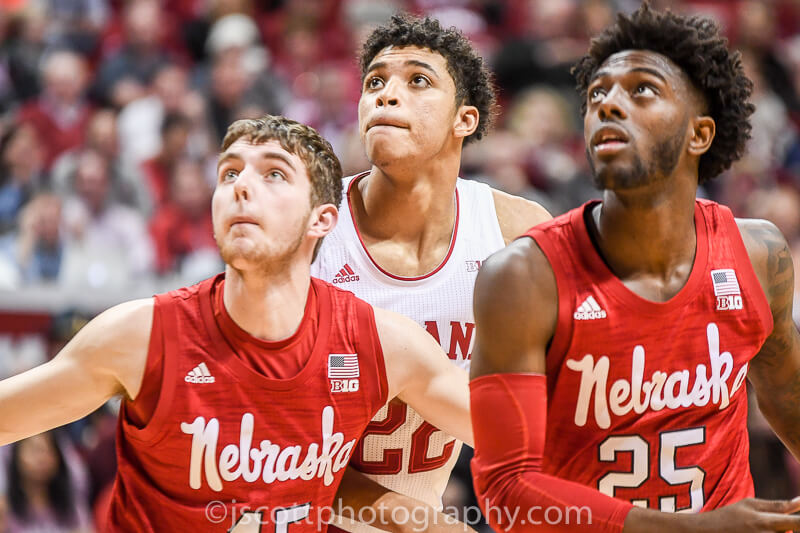 When Clifton Moore committed to the Tom Crean and Indiana in the fall of 2016, it looked as if the Hoosiers had just uncovered another hidden gem on the recruiting trail.

At 6-foot-10 with an ability to handle the ball, Moore was a late rising prospect with a ton of upside. And Crean had a history with taking players who had been under-recruited and helping morph them into professionals.

In fact, shortly after he committed, Moore cited the player development in Bloomington as his primary reason for choosing IU.

“The coaching staff is very experienced and they have a long track record with guys like me,” Moore told Inside the Hall on October 2, 2016. “They know how to bring out the best in me.”

Once Crean was fired in March of 2017, Moore stuck with the Hoosiers despite the coaching change and the buzz about him only grew as Jonathan Givony of Draft Express wrote the following after watching him in an all-star game in New York:

In a subsequent 2019 mock draft released in the fall of 2017, Givony included Moore as a first round pick.

Once the games started, however, Moore’s role was virtually non-existent as a freshman and as a sophomore, he barely saw the floor once again. His Indiana career ended last month when he announced he would transfer after two seasons.

So what went wrong for Moore and Indiana?

Without access to practice, it is impossible to know what Moore showed the coaching staff behind closed doors. But when he did see the floor in meaningful games, he rarely made the case for more minutes.

Physically, he often looked overwhelmed and while he did have a few flashes of strong play – this seasons’s Penn State game is the best example – he simply never got the reps in game situations to get comfortable. Had Indiana had more situations in non-conference games to get Moore involved, it may have done wonders for his long term development.

Bottom Line: It will be interesting to see where Moore ultimately ends up as he had several other high major offers when he committed to Indiana. While it looks unlikely that he’ll ever meet the lofty expectations cast upon him by Givony, there is potential to be unlocked if Moore finds the right fit. He was an above average shooter in high school and is skilled for his size. His decision to transfer away from Indiana was probably the correct one as there was no clear path to an increased role over the next two seasons.

Quotable: “I believe that I just need to play the game that I know I can play, and by doing that, I need to follow the game plan that we do every day in and out of practice and how we play and the transition that we play, and I feel that I need to be more versatile.” – Moore at Indiana’s media day last September.