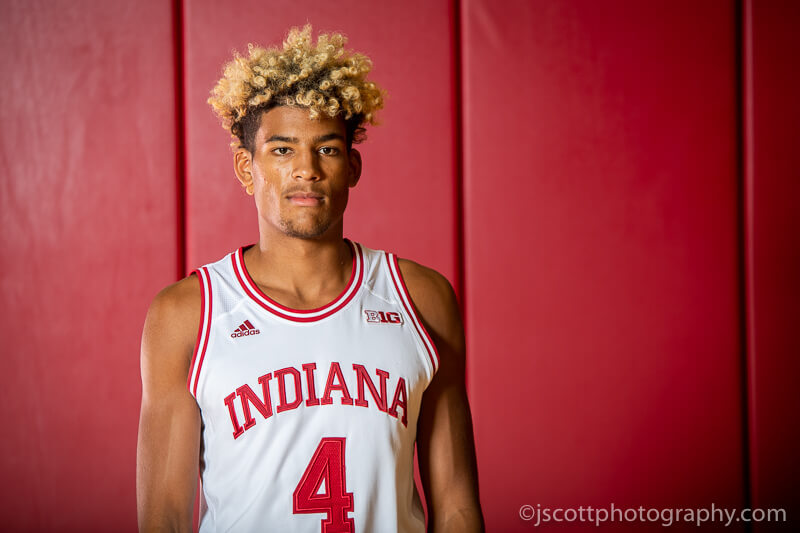 It appears Jake Forrester’s career at Indiana will end before it ever truly began.

Forrester, who played sparingly as a freshman, entered his name into the NCAA transfer portal this week.

The road to minutes as a freshman for Forrester was always going to be a complicated one. The Indiana frontcourt returned two significant contributors in Juwan Morgan and De’Ron Davis and the addition of grad transfer Evan Fitzner along with Race Thompson and Clifton Moore made for a crowded depth chart.

As a high school player at the Westtown School, the 6-foot-8 Forrester was known for being a high energy guy who always played hard. And in the preseason, Archie Miller lauded the energy Forrester was bringing to the program.

“With that motor, he’s also a guy that’s not afraid. He’s going to challenge you on both ends of the floor, whether he’s trying to dunk on you or whether he tries to block your shot, which is another great attribute to have.”

None of that, however, translated to minutes for Forrester once the season got underway.

After logging 13 minutes over IU’s first three games, he didn’t play in the next three. He played two minutes in IU’s blowout loss at Duke and then didn’t play in wins over Northwestern, Penn State, Louisville and Butler.

In Big Ten play, he logged a total of 27 minutes in 20 games and scored just two points, a dunk in IU’s overtime win at Michigan State.

So why did Forrester, a top 150 recruit, find himself on the outside of the rotation as a freshman?

In the brief minutes he was on the floor, he often looked out of position or a step slow defensively. Perhaps that could have been helped by playing Forrester more early in the season, but several of Indiana’s guarantee games (UC Davis, UT Arlington) didn’t provide much of an opportunity to dig deep into the bench.

His decision to enter the transfer portal was more surprising than the decision of Clifton Moore to enter the portal. Forrester, after all, was recruited by the current coaching staff and possesses the talent to develop into a Big Ten rotation player down the line. Miller has talked about getting old and staying old and losing a player after just one season doesn’t help in that regard.

Bottom Line: While Forrester putting his name into the NCAA transfer portal doesn’t mandate a move to another program, it’s the first step for a departure. (Update: Forrester confirmed early Thursday afternoon that he’s leaving IU.) Indiana’s frontcourt depth will take another hit as Forrester joins Moore as the second player in the last week to enter the portal. However, the arrival of McDonald’s All-American Trayce Jackson-Davis along with returnees De’Ron Davis, Justin Smith and Race Thompson gives the coaching staff a solid nucleus to build around for the 2019-2020 season.

Quotable: “I’m definitely just trying to bring the most energy I can to the team this year, do as much as I can for the team, for everybody, so the energy I bring is just to try to give out to the rest of the team.” – Forrester on September 26, 2018 at IU’s media day.