6-Banner Sunday: No positive COVID-19 results during first round of testing for IU athletics 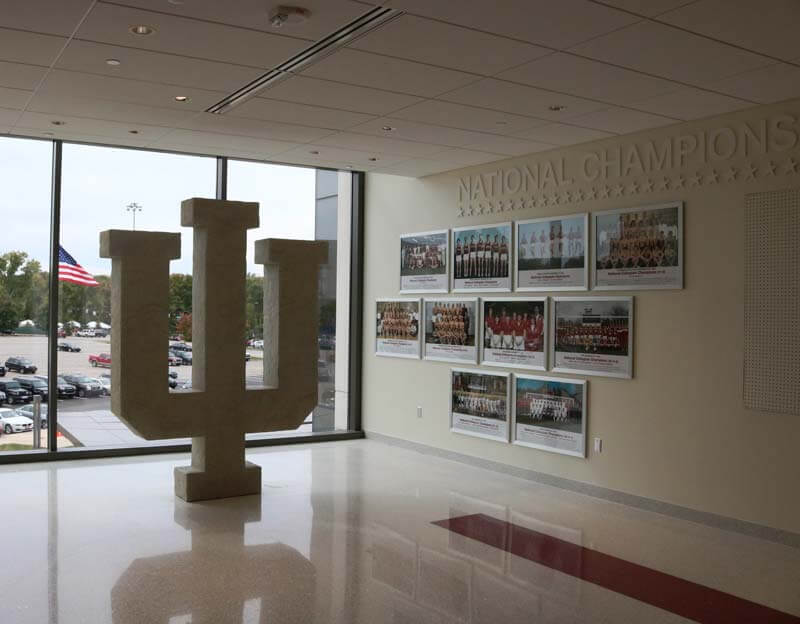 After good news surfaced from Bloomington last week about the health results of the coaches and athletes who have returned to campus for workouts, it allowed an ounce of hope that the Hoosiers could be competing in the fall.

With that in mind, there are two players that come to the forefront in terms of potential breakout seasons on the hardwood. That analysis, mixed in with some incoming freshmen, two Indiana targets and a former player round of this week’s content.

As colleges all over the world start to begin team workouts, mostly for football, many results have been released announcing positive COVID-19 tests.

It is a promising start for Indiana, whose programs are currently all preparing to be playing at the time their respective seasons are scheduled to start. More teams will be coming to campus in the first week of July, starting with women’s soccer on July 6. Then, volleyball on July 8, men’s soccer on July 13, field hockey on July 15 and cross country on Aug. 18.

With Damezi Anderson and Justin Smith gone, Jerome Hunter is expected to have an increased role during his second playing season with the Hoosiers.

He showed many positive glimpses last season, especially toward the end with his 3-point shooting. For Hunter, all the tools are there to be a standout player on the court, but it’s all about his confidence.

Inside the Hall’s Dylan Wallace caught up with Zach Fleer of 270Hoops, who watched Hunter workout in Central Ohio at the beginning of June. Fleer was so impressed by Hunter that he started to take videos of his highlights and tweet out that a breakout season is on the horizon for Hunter.

Hunter’s ability to knock down shots from the outside is his main strength, but Fleer saw the version of Hunter that reminded him of how he used to play in high school. He said Hunter was scoring off the bounce, posting players up, handling the ball more and making great reads with passing.

If Hunter can add all those skills on the court this season, he will be a vital piece for Indiana’s offense.

Could this be a breakout year for Armaan Franklin?

When looking up and down the roster for this upcoming season, there’s a lot of players that can catch your eye. The aforementioned story line for Hunter is an intriguing one. You have Trayce Jackson-Davis’ sophomore campaign, as well as five-star Khristian Lander’s arrival to shake up the back court.

But one player that might fly under the radar heading into this season is Armaan Franklin. With Lander coming in, he will get a lot of immediate attention, alongside senior Al Durham and junior Rob Phinisee. But a sophomore Franklin might be just as worthy as any to have a breakout season.

That was the main topic on this week’s edition of Assembly Call Radio. Brian Tonsoni and Ryan Phillips were on the mics to discuss where Franklin fits in an all of sudden crowded back court and if he is an underrated candidate to have a breakout year.

Make sure to tune into this one-hour conversation about one of IU’s most intriguing young players.

This week, it focused on the final two incoming freshmen in Khristian Lander and Trey Galloway.

Inside the Hall’s Cameron Drummond knocked both of these out of the park, first talking to Lander’s high school coach at Evansville Reitz, who was understandably bitter-sweet about Lander’s decision to reclassify, forego his senior season and join the Hoosiers in the fall.

But when it comes to Lander’s ability on the court, Michael Adams said Lander “just checks off so many boxes.”

As for Galloway, he was the first class of 2020 commit to officially announce he would be joining Indiana. Leal quickly followed him a few weeks later, and then eventually Lander did as well. Three in-state guys, all on Indiana Elite, and Galloway was the first domino to fall.

Archie Miller has previously described Galloway as the “ultimate competitor.”

Lander and Galloway will come to Bloomington with completely different expectations and roles, but there’s no denying that this class of 2020 is looked at as a quartet of players that will carry the Hoosiers into the future.

This offseason has provided Inside the Hall with a lot of opportunities to catch up with former players and produce fun Q&A’s out of them.

The most recent installment of these came on Wednesday when Cameron Drummond caught up with Kory Barnett, who played for IU from 2008-2012 and is now an assistant coach at Nevada with Steve Alford.

Barnett talked a lot about his time with Indiana and how the program went from the bottom to the top during the second half of his career. He also talked about what it’s like now to coach alongside Alford.

Transitioning from the past to the future, Dylan Wallace caught up with two potential targets for Indiana in class of 2022.

One is AJ Casey, a five-star forward from Chicago, who received an IU offer two weeks ago. Casey is a do-it-all type player and said he was grateful for the potential of playing at a school like IU. Casey is AAU teammates with Jalen Washington, another five-star forward Indiana offered that is from Northwest Indiana.

Another potential target for Indiana is Julian Norris, a three-star, 6-foot-3 guard out of Evansville Bosse. Norris said he is good friends with Lander.

Although Norris hasn’t received an official offer from IU yet, the Hoosiers have shown interest as one of IU’s assistants have spoken to Norris’ head coach about him. Norris feels like he has a lot to prove, and he’s ready to have a breakout junior season.

While COVID-19 has not hit any current IU athletes, with great sadness it took the life of a former Hoosier legend in IU’s most historically successful sport.

• Former IU soccer player Ken Snow passed away this week at the young age of 50. While IU did not officially report it as COVID-19, several other media sources did, including Front Row Soccer.