Later in the first half, we see a similar setup from Nebraska, but the action starts on the opposite side of the court. Ouedraogo sets the screen for Thorbjarnarson on the right side of the court while Mack has the ball on the left. Matej Kavas and Cheatham are in the corners: 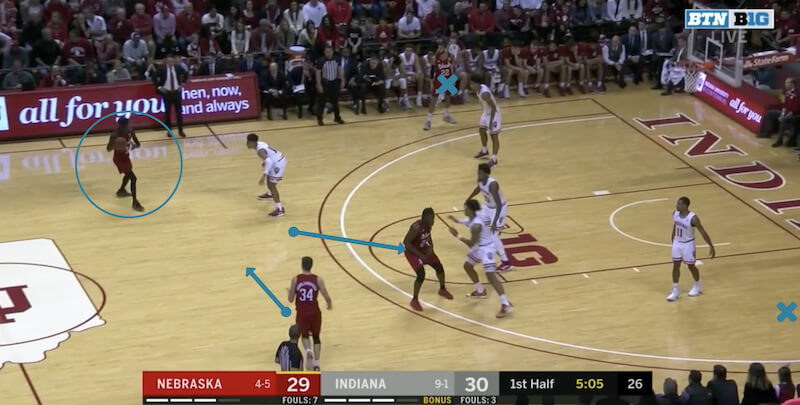 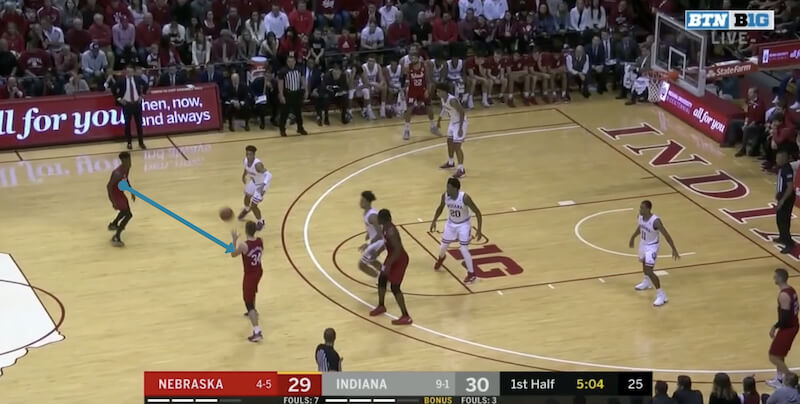 This time around, though, there’s no flip. Mack doesn’t get the ball. Instead, Thorbjarnarson drives hard left around Rob Phinisee, almost using Phinisee as a screen against Jackson-Davis: 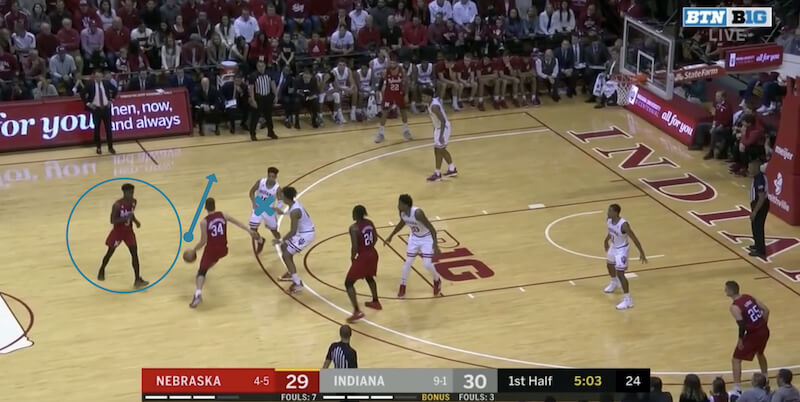 Thorbjarnarson is downhill and Jackson-Davis is playing catchup. With Thorbjarnarson coming down the left side of the line, Smith jumps over in rotation out of the corner: 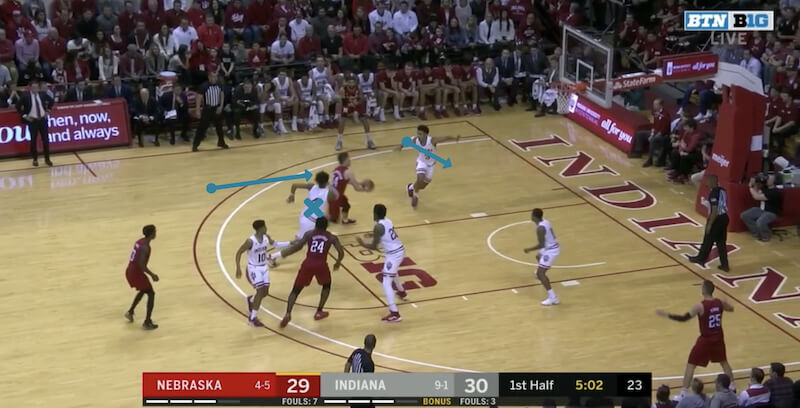 It’s a tough bucket around Smith and Jackson-Davis, but Thorbjarnarson gets it done for two. Note that Devonte Green has also rotated down into the paint, which means Thorbjarnarson had a safety valve to Kavas in the right corner for a 3-pointer should he have opted to pass as he went up in the air: 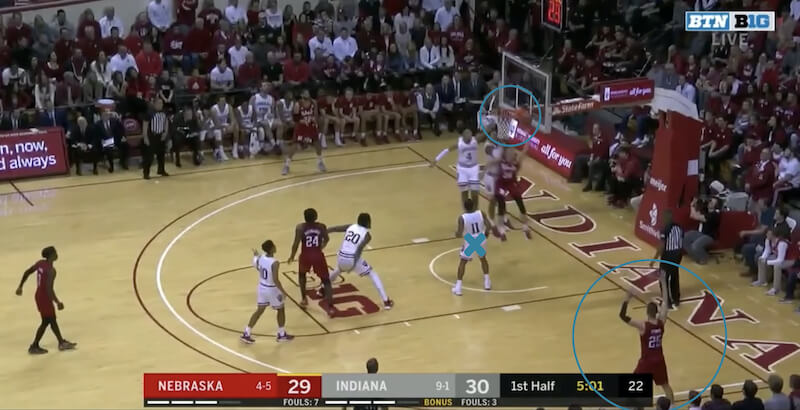 A little bit of different action from the Cornhuskers this time, but a similar result: A clear lane and IU’s backline defense spread more to the corners gave Thorbjarnarson room to get to the basket.