Here’s another back door score. In the second half, Nebraska is at it again with Mack, Thorbjarnarson and Ouedraogo in action we’ve seen before: Ouedraogo sets a screen as Thorbjarnarson receives the pass from Mack: 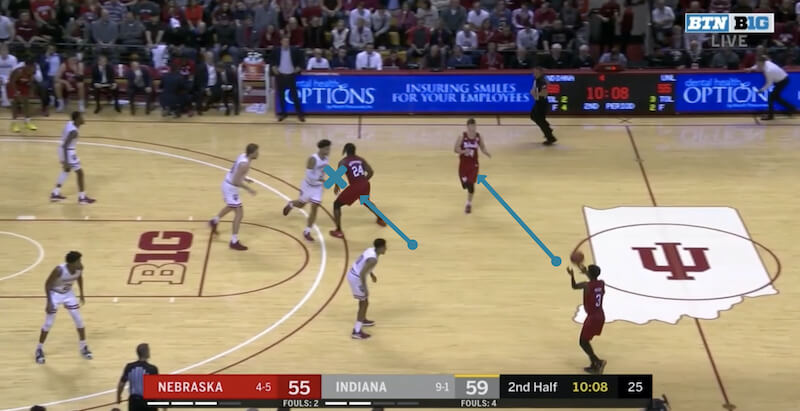 This time around Thorbjarnarson decides against the flip, keeping with it on a hard drive left. Smith is hanging more upright and not in a defensive stance, allowing Thorbjarnarson an advantage. Jerome Hunter looks on: 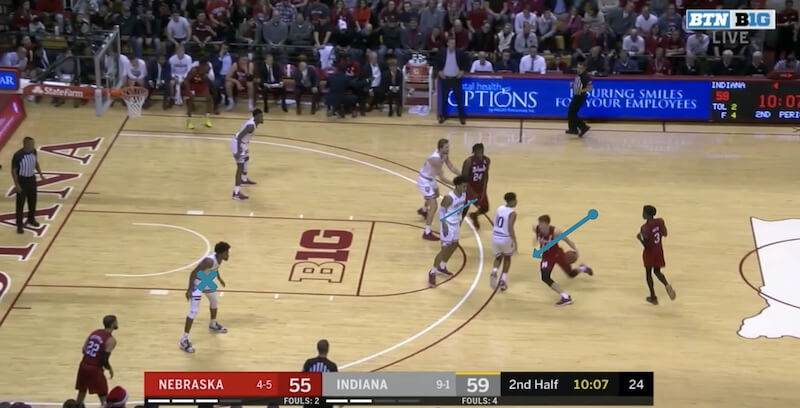 Hunter appears cognizant that a back door pass is coming as Thorbjarnarson drives down the left side of the paint. He turns as Cheatham starts to cut out of the left corner: 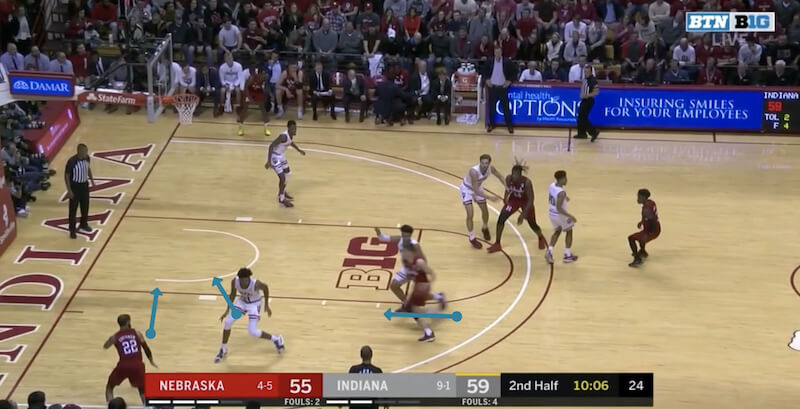 Hunter is now fully turned as the pass comes. Instead of being more spread to the left corner, Durham is actually a few steps in and close to the right low block on the other side of the court, which is more typical of the packline positioning: 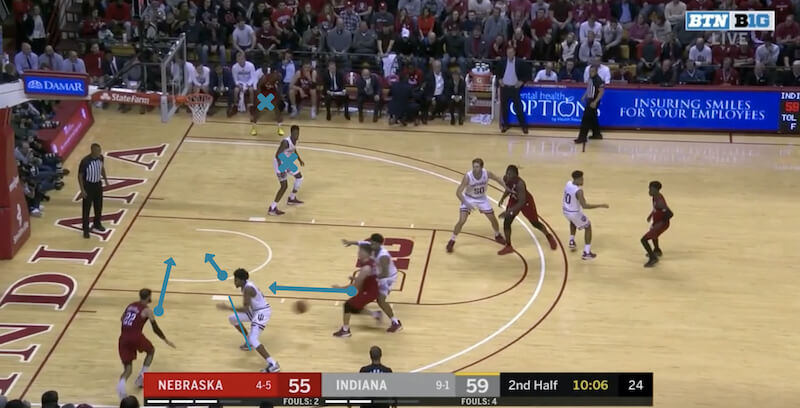 Durham turns and looks in, but doesn’t fully rotate over because it looks like Hunter has Cheatham in good position to hard contest: 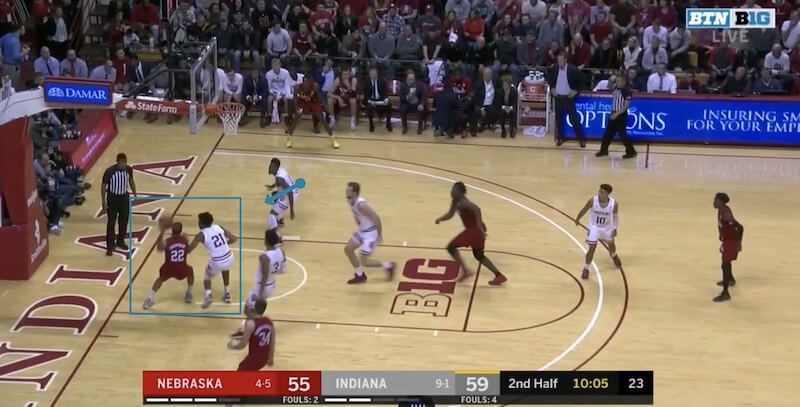 But he comes back around the backside of Hunter and is able to get the bucket with relatively little resistance: 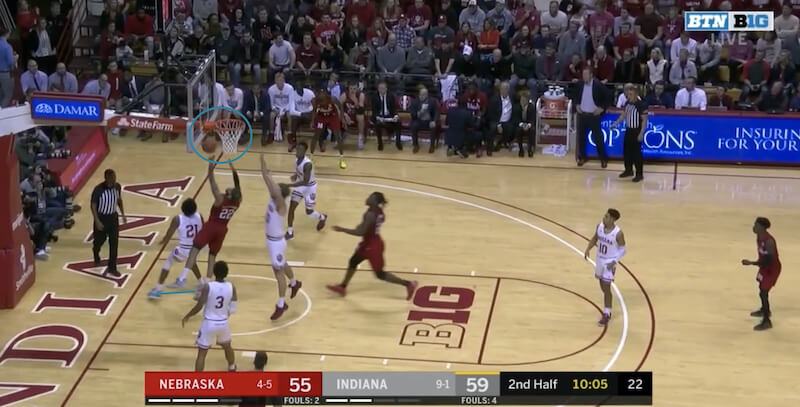 It looked like the Hoosiers had a better handle on what Nebraska was running here, but the result remained the same.