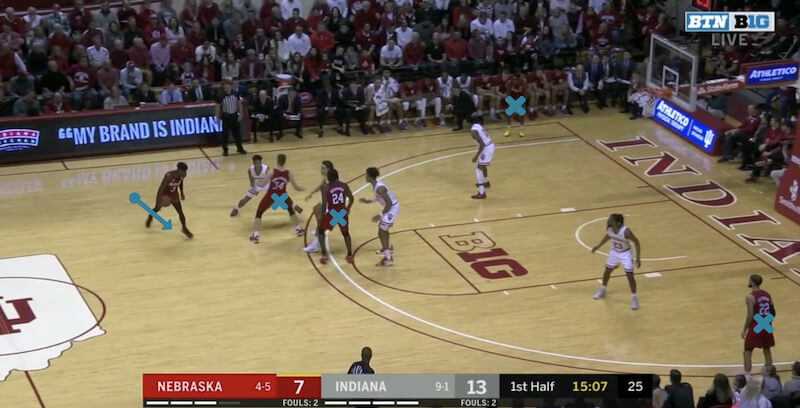 Phinisee is able to get under them as Mack dribbles right. Cheatham starts to move to the right wing as Damezi Anderson surveys the scene: 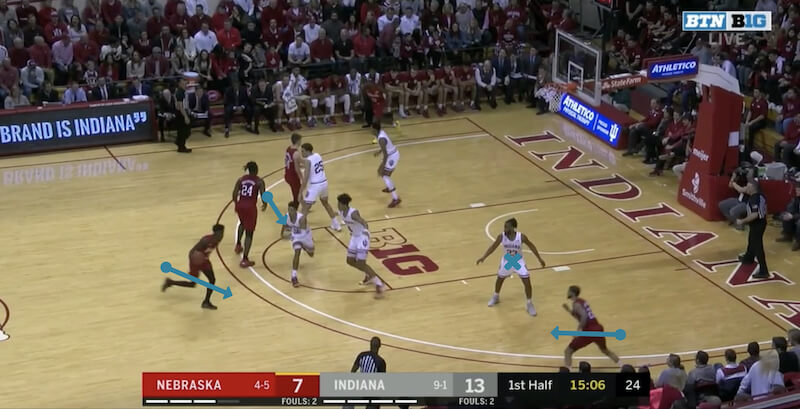 But Cheatham cuts hard to the basket before there’s any pass or flip on the wing. Mack throws a dart of a pass before Cheatham is even fully by Anderson. Notice that Burke is moving out of the left corner on the opposite side as this happens, which means Armaan Franklin is no longer in help position to slide over to the basket. He instead follows Burke to the left wing: 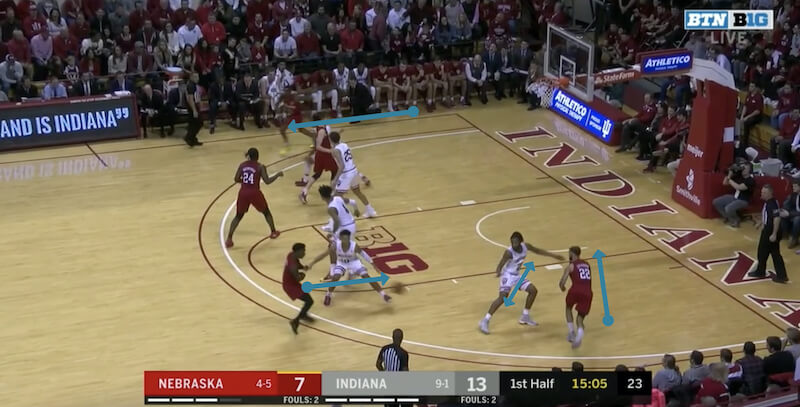 With Burke drawing Franklin out and Thorbjarnarson moving to the left corner to draw Race Thompson away from the basket, they can only look on as Cheatham scores: 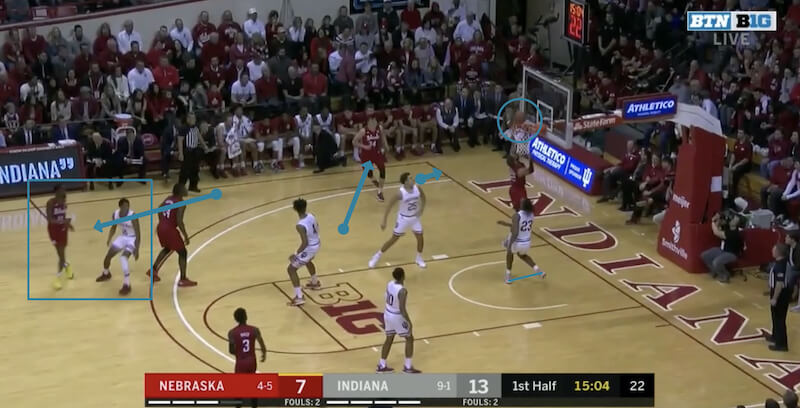 Heck of a play design here from Nebraska.