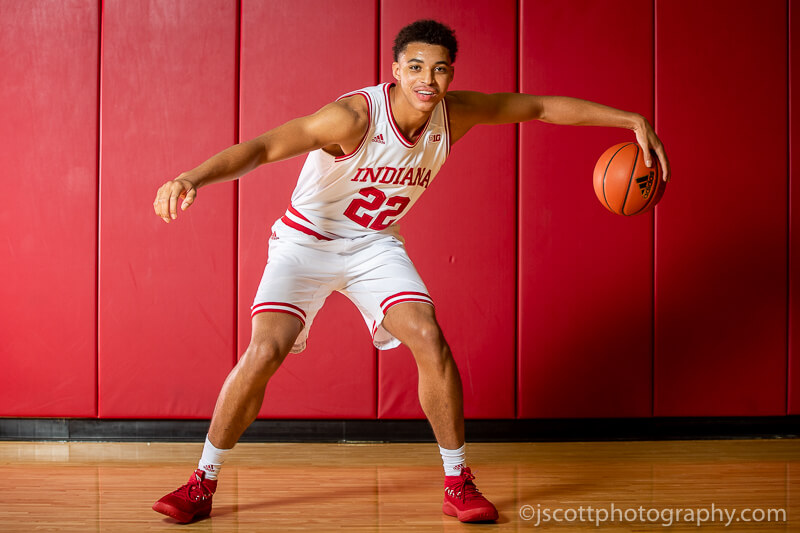 With the start of college basketball season on the horizon, we’ve transitioned from our look at other Big Ten programs to our player-by-player previews of the 2018-19 Indiana roster. Today, our profiles continue with a look at Clifton Moore. (Previously: Jerome Hunter, Robert Phinisee, Damezi Anderson, Jake Forrester, Romeo Langford, Race Thompson, Justin Smith)

As Clifton Moore enters his sophomore season, a resetting of expectations is in order.

The three-star recruit had the makings of an under-the-radar star pickup for Tom Crean, like Victor Oladipo and OG Anunoby before him. At 6-foot-10, Moore’s size, length and shooting ability made him an intriguing prospect. By April of 2017, draft expert Jonathan Givony was calling Moore an NBA prospect and even included him as a first round pick in an early 2019 mock draft in September of last year.

But his new coach, Archie Miller, sang a different song at media day in September of 2017.

“I don’t want to say he’s wet behind the ears or a little young, but he’s like a slippery guy on ice skates out there at times, just getting his footing,” Miller said. ” … He’s got great attributes that he can be good, but he’s got to learn the college game like every young guy does.”

And that was really the story for Moore’s freshman campaign: One of growing pains as he adjusted to the college game. He never really gained much footing as a freshman, barely cracking the rotation as he appeared in just nine games, scoring only six points and grabbing eight boards on the year. Moore lacked the strength to matchup with opponents in league play.

Far from an NBA prospect entering his sophomore year, Moore now has more competition for minutes with Evan Fitzner’s arrival, Race Thompson now eligible and a host of freshmen looking to make the rotation. Yet, he’s already shown signs of improvement, albeit in limited work. It was clear from the scrimmage at Hoosier Hysteria that Moore bulked up this offseason. He also looked more comfortable on the floor than at arguably any time a season ago. He showed some promise. He looked better.

But whether Moore can make enough of a leap to make an impact on this team — especially one with much more depth — remains to be seen.

Bottom Line: With a year in Miller’s system under his belt, one different than what he’d expected to play in under Crean, Moore has a better chance of figuring things out in year two. If he’s able to marry his size and toolset with more comfort and a deeper understanding of the game, he could be a sneaky addition to Indiana’s regular cast of characters this season. But with so much competition and depth on this squad, there’s no guarantee he’ll have any more of an impact as a sophomore than he did as a freshman.

Quotable: “I know he’s been working on his body a lot. He’s gotten a lot stronger in the weight room. He’s got a great motor. He can rebound, finish around the rim. He’s been good so far in practice.” – Zach McRoberts about Moore at Big Ten media day.