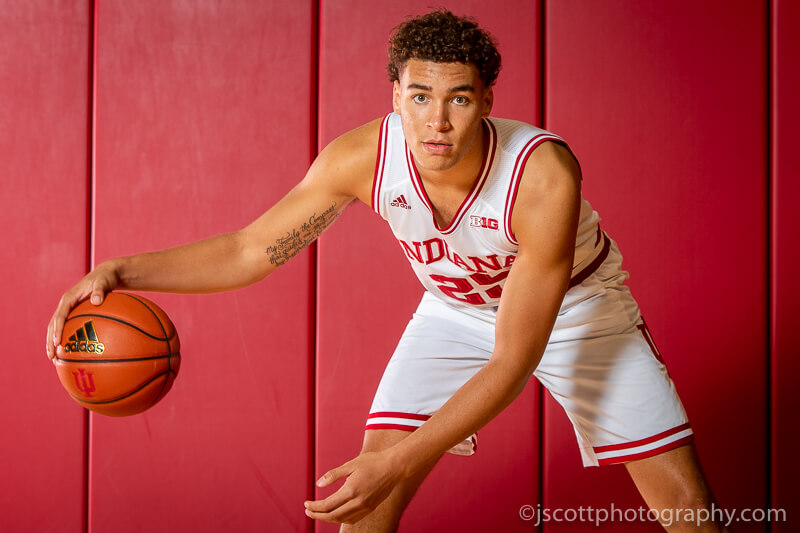 With the start of college basketball season on the horizon, we’ve transitioned from our look at other Big Ten programs to our player-by-player previews of the 2018-19 Indiana roster. Today, our profiles continue with a look at Race Thompson. (Previously: Jerome Hunter, Robert Phinisee, Damezi Anderson, Jake Forrester, Romeo Langford)

Beyond the obvious one-two punch of Juwan Morgan and Romeo Langford, one of the biggest reasons for optimism for Indiana entering the season is improved frontcourt depth.

In Archie Miller’s first season, the Hoosiers had to navigate the injury to De’Ron Davis along with limited options that often left the coaching staff searching for answers.

As Indiana prepares for the 2018-2019 season, the Hoosiers may have a frontcourt logjam. Along with a solid stable of returnees that includes Morgan, Davis and Clifton Moore, the roster is full of talented newcomers like Jake Forrester, Evan Fitzner and Race Thompson.

Thompson isn’t new to the program after deciding to reclassify in the summer of 2017 and enroll in classes last fall. The Minnesota native redshirted last season and used that opportunity to get healthy and also begin learning the ropes of the college game.

“He really changed his body, and he got healthy, so I think you’ll see — you probably won’t see it as much, but we as a staff have seen a much more fluid athlete and a much better conditioned athlete,” Archie Miller said last month at IU’s media day. “He’s in a much different place than he was a year ago at this time.”

At 6-foot-8 and 228 pounds, Thompson is the son of former Minnesota and NFL running back Darrell Thompson.

A four-star recruit nationally, Thompson has the versatility to play on the inside, but also showed an ability to stretch the floor with D1 Minnesota on the adidas Gauntlet circuit. At last month’s media day, Miller said he sees Thompson developing into a face-up forward in IU’s system.

As Thompson prepares for his redshirt freshman season on a roster with star power in the form of Morgan and Langford, Thompson should embrace doing the little things that affect winning.

Bottom Line: Thompson should have a leg up on the other frontcourt newcomers after spending last season in the program, but the competition for minutes will be fierce. He should be ready to contribute right away physically, but has to prove that he can consistently shoot it to earn minutes. He’s a charismatic guy who should develop into a leader in IU’s locker room over time. In his first season, his primary impact is likely to come as an energy guy off of the bench.

Quotable: “I think he’s a guy that’s a great team guy, he’s very popular. Did another great job last year really just fitting in and working hard, and I think if Race just stays the course here, he’ll have a chance to really find himself on the floor at times because, like I said, he’s physical, he’s not afraid to mix it up. He’s got a good IQ, and as the season starts of evolve, hopefully offensively, his niche can start to be more of a perimeter face-up guy than he is more of a back-to-the-basket guy.” – Miller on Thompson at IU’s media day.