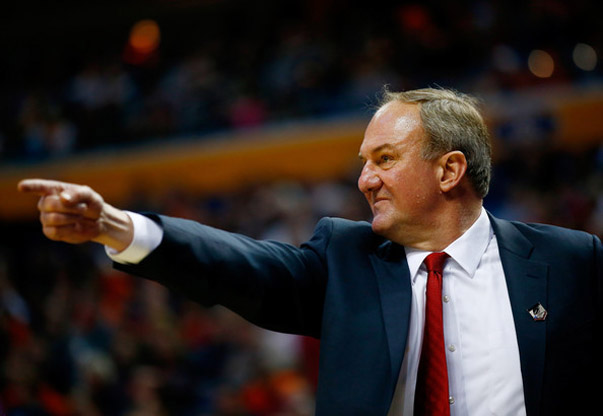 The Aaron Craft era in Columbus is over and his departure, along with the loss of Lenzelle Smith Jr. and LaQuinton Ross, means there is plenty of production that Thad Matta must replace to keep the Buckeyes in thick of the Big Ten race.

The Craft and Smith departures (both graduated) were much easier to plan for than the loss of Ross, who made the head-scratching decision to declare for the NBA draft and is now in Italy. The production vacated by the trio is substantial: 36 points, 14.6 rebounds and seven assists per game.

So who is ready to step up and fill the void? Matta returns three seniors with starting experience in Sam Thompson, Shannon Scott and Amir Williams.

Beyond those three returnees, Matta has some other pieces to work with including sophomore Marc Loving, senior big man Trey McDonald and redshirt freshman Kameron Williams, a combo guard. Loving will need to shoot it better to see the floor regularly (25.9 percent on 3s as a freshman) and Williams is likely to earn a role as a backup guard in the rotation.

While those six players on their own aren’t enough to produce a bullish outlook for the Buckeyes, Matta brought in a five-man recruiting class that should contain a few immediate contributors. Temple transfer Anthony Lee could slide right into the frontcourt alongside Williams and provide both scoring and rebounding. After graduating in the spring, Lee was one of the most coveted graduate transfers on the market.

Ohio State also welcomes McDonald’s All-American guard D’Angelo Russell, a lefty with very good athleticism and an ability to score from both the perimeter and in transition. Two other 247Composite top 100 recruits, Keita Bates-Diop and Jae’Sean Tate, along with the 6-foot-10 David Bell, also arrive, but are likely to be brought along more slowly as Matta is known for playing a tight rotation.

Like Indiana and Michigan, Ohio State participated in an offseason foreign trip, but little was learned as the Buckeyes crushed two overmatched opponents in the Bahamas.

Bottom Line: Ohio State is being picked by some as a preseason top 20 team. It’s a team that is going to win with its defense. Craft was a big part of leading that effort and his departure means that Scott is going to be tasked with running the team on both ends of the floor. Losing Ross leaves the Buckeyes without a go-to scorer and Russell, a freshman, appears most likely to fill that role. Like many of the teams we’ve covered so far in our preview series, Ohio State has a lot of questions that need to be answered in order to realize its upside.