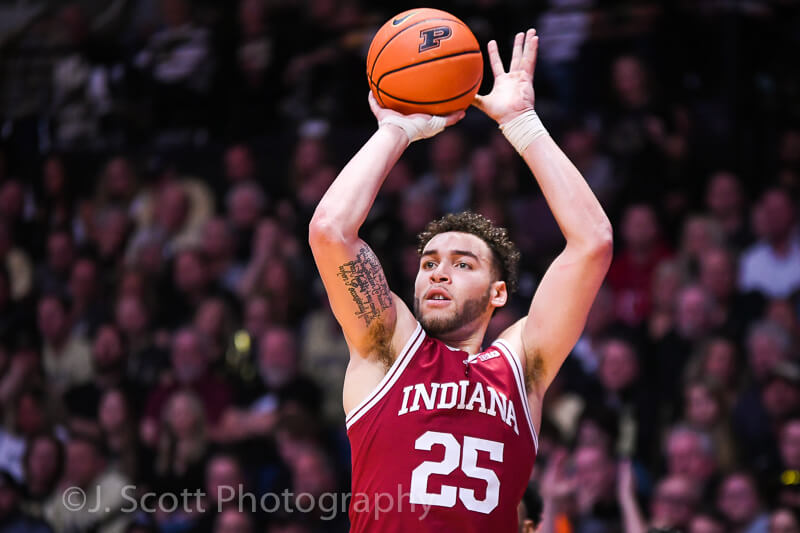 Today, our player profiles conclude with a look at senior Race Thompson.

The longest-tenured player on the Indiana basketball roster, Race Thompson has experienced a little bit of everything in Bloomington.

He’s won an NCAA tournament game. He’s been a part of teams that failed to meet lofty goals. He’s gone through a coaching change. He’s dealt with injuries.

This season – Thompson’s sixth and final season – presents his biggest challenge to date.

For the first time, Thompson enters the season as a leader on a team with major expectations. The Hoosiers are ranked in the top 15 nationally and are the preseason pick to win the Big Ten. Indiana’s players might say they aren’t feeling the expectations or reading the headlines, but it is impossible to ignore them completely.

After going through senior day activities last spring, it was presumed that Thompson would move on with the next phase of his life. But the opportunity to win big brought him back for another season.

“I really wanted to come back as a team,” Thompson said at Indiana’s media day in September. “Coach (Mike) Woodson and just the steps we took the prior years to last year is getting better and better. I wanted to be a part of that. I think the sky’s the limit for our team this year.”

Trayce Jackson-Davis is receiving most of the preseason notoriety, and rightfully so, but Thompson’s continued growth is pivotal to Indiana’s success.

His numbers might not improve this winter as the talent and number of capable contributors on the roster grows. Malik Reneau will push for minutes. Jordan Geronimo could expand his role. And even Thompson himself said Logan Duncomb looks like a different player and could challenge for a more prominent role.

But Indiana needs Thompson to continue to be the steadying presence he’s been over the last three seasons. It also needs him to continue to be a threat from the perimeter to aid with floor spacing. Last season, he made 15 of 55 attempts from distance, which was good for 27.3 percent.

“They definitely push me to shoot the ball so I can play inside and out and stretch the floor a little bit,” Thompson explained at media day. “I definitely see that being a part of my game. It’s something that I did before I was even here. It’s gotten better almost every year, so for me, it’s really just a confidence thing, and I’m feeling real confident right now in it.”

Much of what Thompson brings, however, doesn’t appear on the stat sheet.

His toughness is undeniable. In the 2020-21 season, he played the last stretch of the season with a mask after getting hit in the face in practice. He’s always on the floor pursuing loose balls.

Those hustle plays don’t go unnoticed by fans or the coaching staff. They also help set the tone on the floor, particularly on the defensive end. Thompson was a major reason Indiana finished with the Big Ten’s best defense in Woodson’s first season in Bloomington.

Bottom line: Thompson has grown tremendously since arriving on campus in the summer of 2017. He’s now 23 years old and is a grown man on and off the floor. Thompson never seems to get flustered by difficult situations on the floor, which should serve him well in a season that will be chaotic at times. Even if Thompson delivers a season similar to last, he’ll be one of Indiana’s most important and productive players. If he can improve his midrange game and 3-point shot, he could raise the ceiling even higher for the Hoosiers.

Quotable: “Just a great teammate and someone who would do anything to win a game. I mean, that’s all I could ask for. Just a good teammate, good friend, good all that. All the good stuff. That’s really it.” – Thompson on how he’d like to be remembered by his coaches and teammates.