While Trayce Jackson-Davis picked up another points and rebounds double-double (18 points, 13 rebounds) against Nebraska in Saturday night’s win, he also had a career-high four assists. As the Cornhuskers employed a defense that double and even tripled-teamed the post, Jackson-Davis made smart reads and threw leading passes to get his teammates into space for scores.

Jackson-Davis even found Joey Brunk for two scores (and Brunk found Jackson-Davis for a score), showing that Indiana’s bigs were looking for more than just passes out of the post to the perimeter.

We’ll take a look at Jackson-Davis’ four assists and Brunk’s two assists in the latest edition of Film Session:

On Indiana’s first possession of the game, Justin Smith passes the ball to Brunk near the right wing: 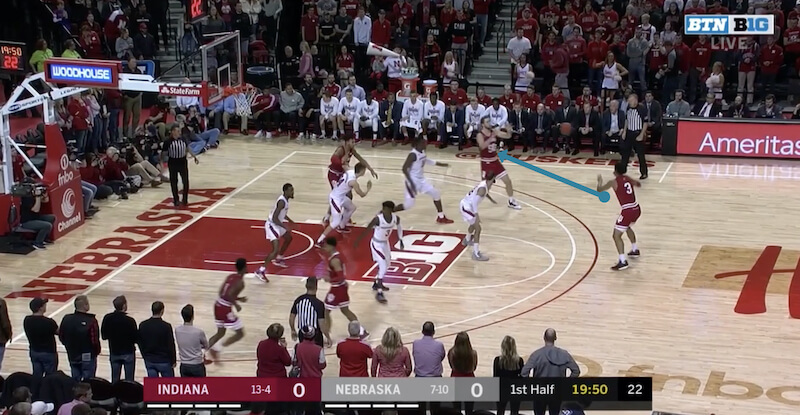 Brunk dribbles near the top of the key and passes to Al Durham: 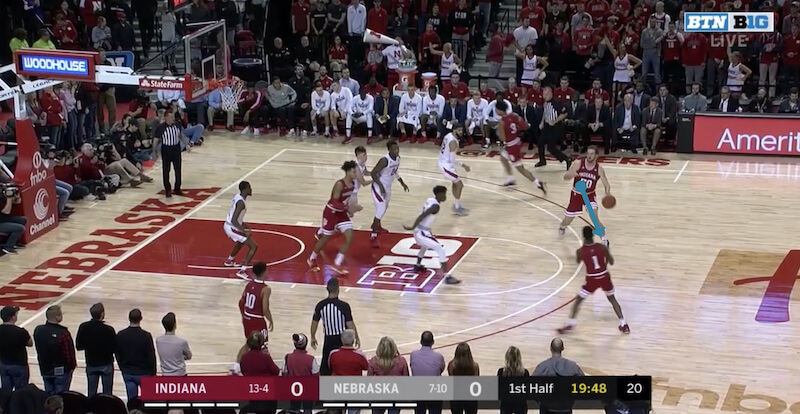 Brunk keeps moving, setting a ball screen for Durham on Cam Mack. Yvan Ouedraogo moves with Durham on the hedge. Jackson-Davis begins to pop out to the perimeter: 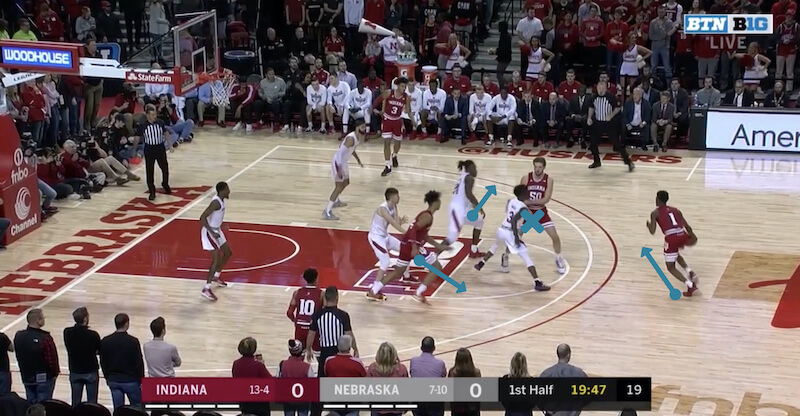 With Ouedraogo moved out to Durham, Thorir Thorbjarnarson jams up Brunk on his roll to the paint off the ball screen. This gives Jackson-Davis some space near the top of the key and Durham turns back and makes the pass: 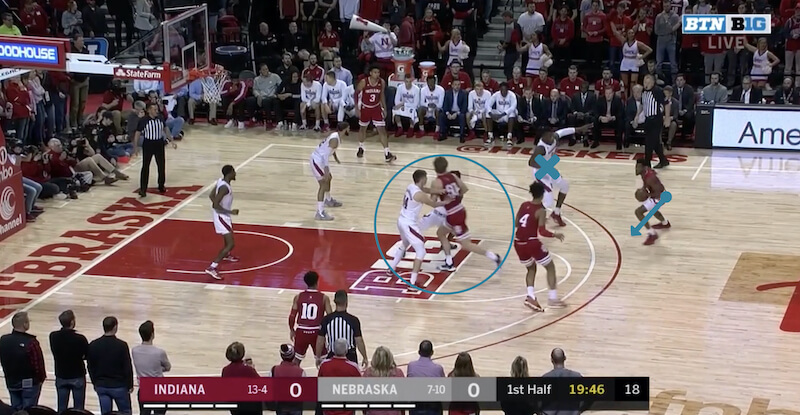 With Thorbjarnarson leaving Brunk to guard Jackson-Davis, Brunk has space in the paint as Ouedraogo recovers. Jackson-Davis makes the pass: 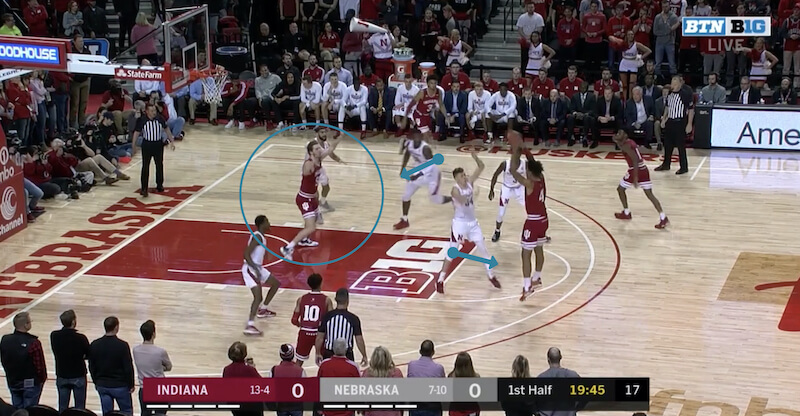 It leads Brunk left away from the defense: 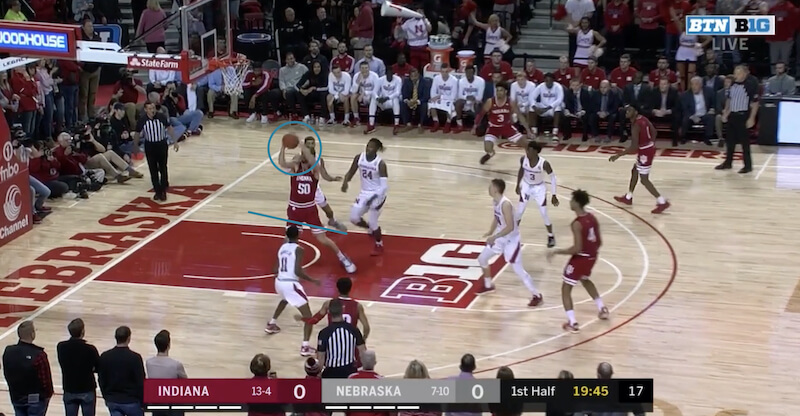 This allows him a lay-up where the defense doesn’t even leave its feet to defend: 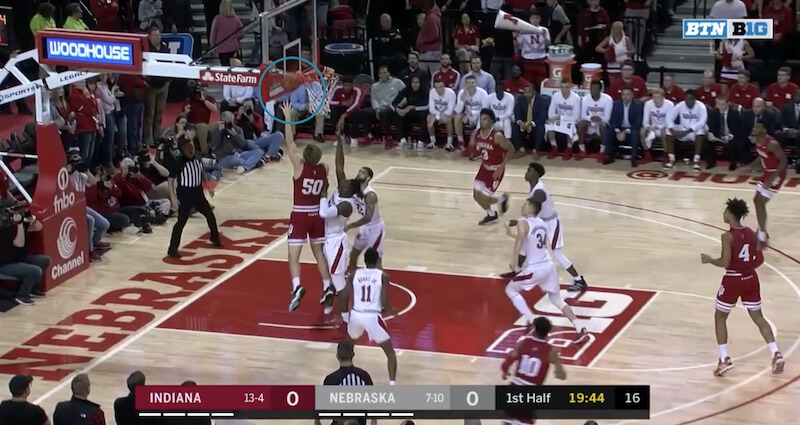 Interesting bit of high-low action between Jackson-Davis and Brunk here on the first possession of the game.