With the Hoosiers closing in on the lead in the first half, Franklin brings the ball up the court quick and finds Phinisee on the right wing. Jackson-Davis starts to find room in the paint as Brunk is a deep trailer behind the action: 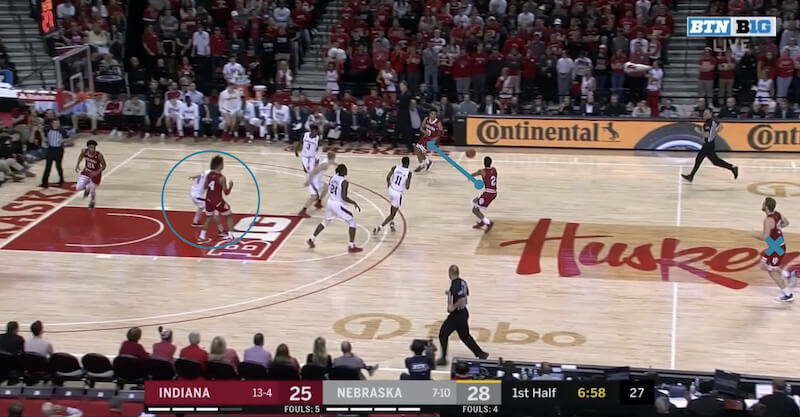 As Jackson-Davis calls for the ball on the right high post, Thorbjarnarson and Ouedraogo double him. This leaves Brunk open: 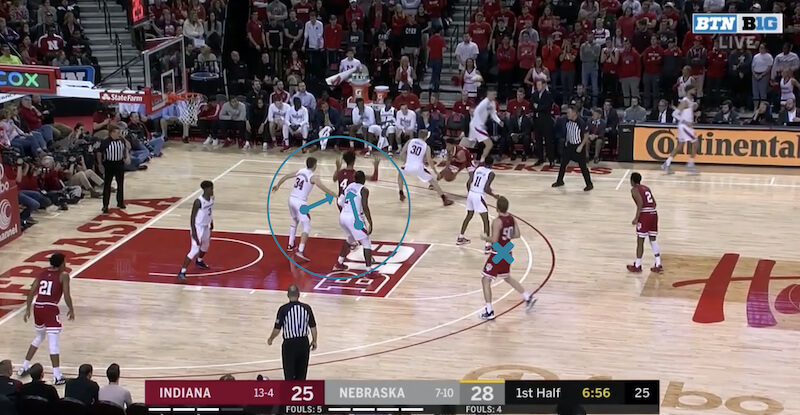 As the pass comes, Brunk cuts to the paint: 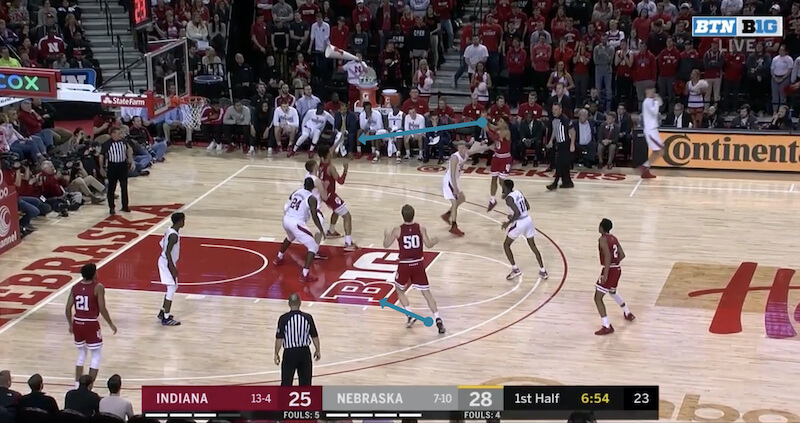 Jackson-Davis turns and finds him: 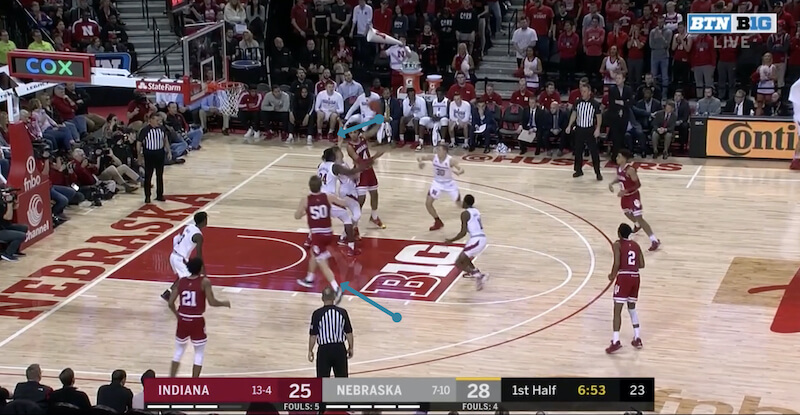 It’s a nice leading pass that puts Brunk in space on the left side of the hoop inbetween the defense: 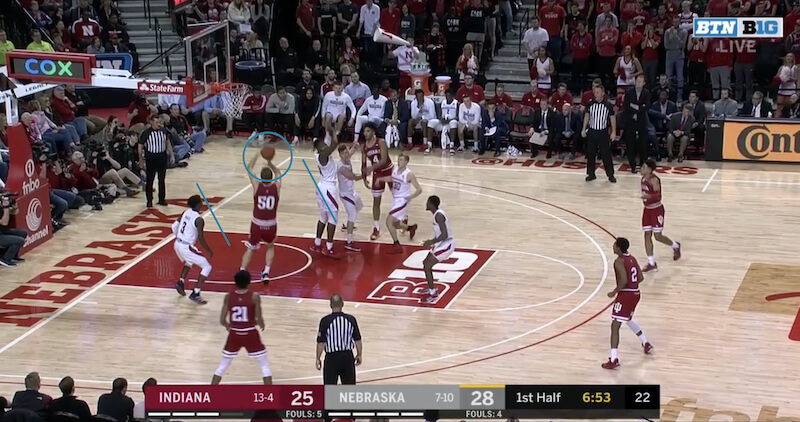 He scores for two with no one even challenging him at the hoop: 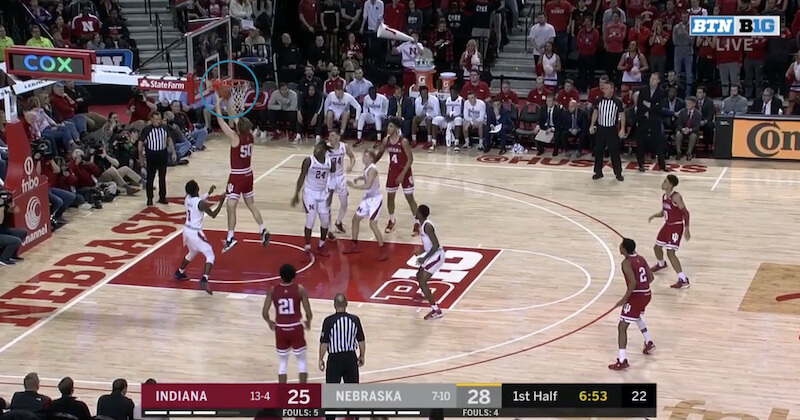 With Brunk not quite being in the picture at the start of this play, Ouedraogo felt more than free to double Jackson-Davis. But smart of Brunk to cut into space and for Jackson-Davis to hit him in time for the bucket.