Phinisee finds Hunter on the skip pass as Cheatham is sitting in the lane giving more attention around IU’s bigs in the paint: 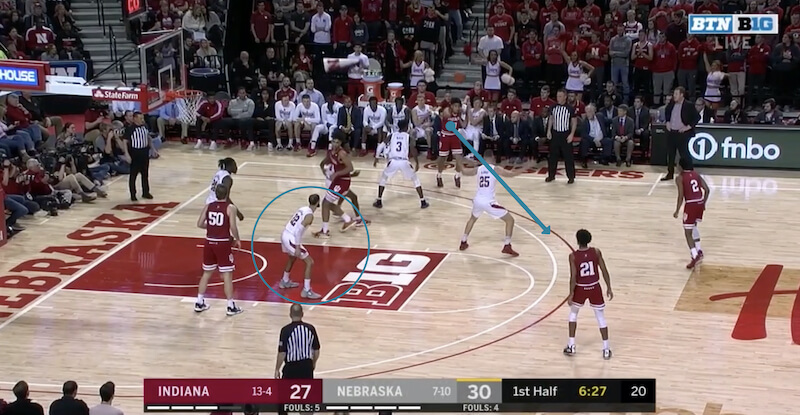 Hunter fakes a shot attempt as Cheatham rotates out to him. This allows Brunk more space to post on the left low block: 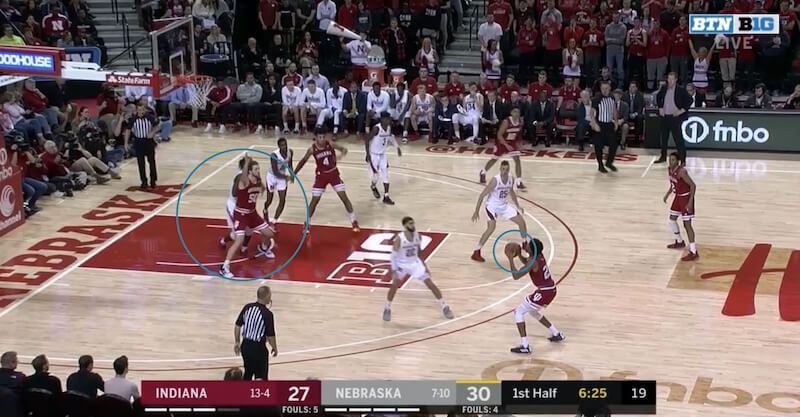 Hunter enters the ball to Brunk: 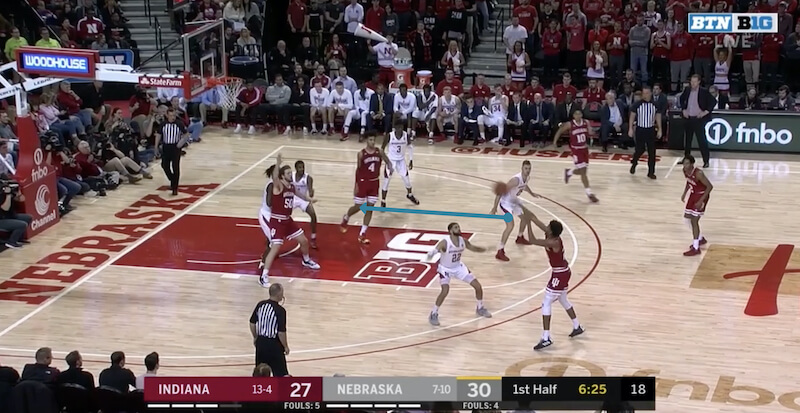 Here comes a hard double at Brunk from Matej Kavas off Franklin. Phinisee signals to Brunk that Franklin will have space to shoot with Kavas coming to him: 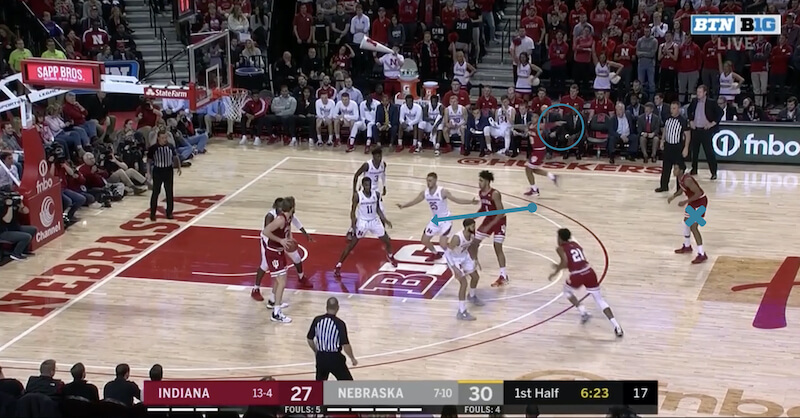 With Hunter cutting down to the paint after his pass, Cheatham has decided to triple up the pressure on Brunk as Franklin moves left to make the pass easier on Brunk: 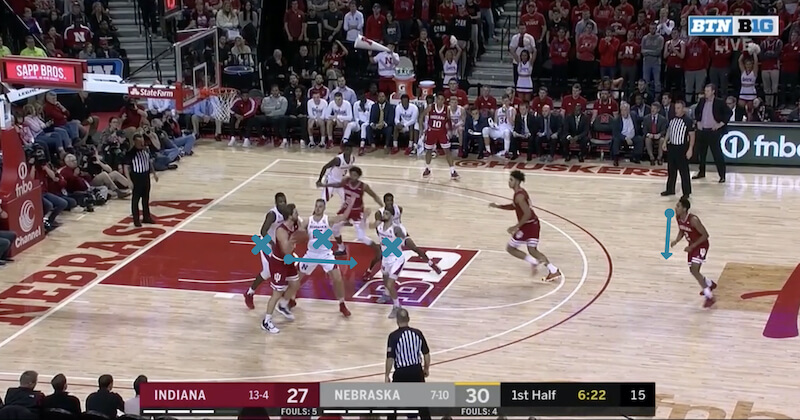 He catches with plenty of space from the nearest defender, Cheatham: 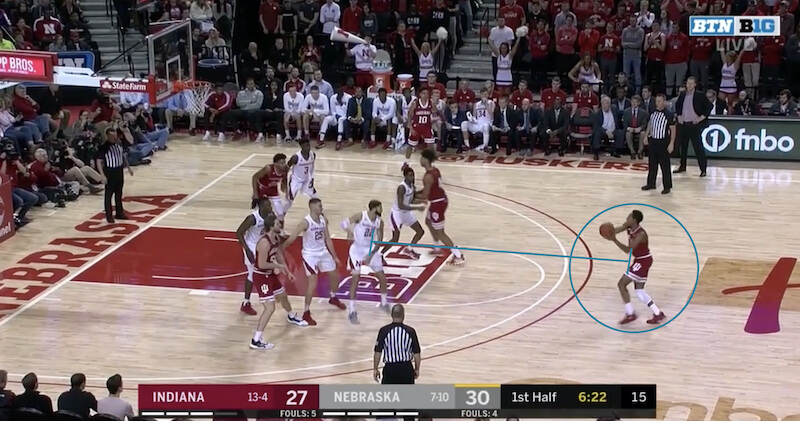 Franklin rises, fires and hits with Cheatham still on the ground: 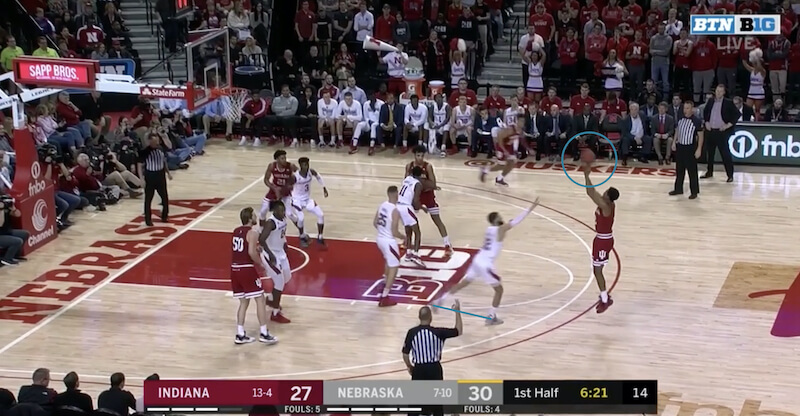 Nice communication, movement and spacing from the Hoosiers here on Franklin’s 3-pointer. But perhaps most important, as the Hoosiers showed during this stretch in the first half when they took the lead, Franklin actually knocked down the shot.