Later in the first half with the Hoosiers trailing by nine, Rob Phinisee passes to Jerome Hunter on the left wing: 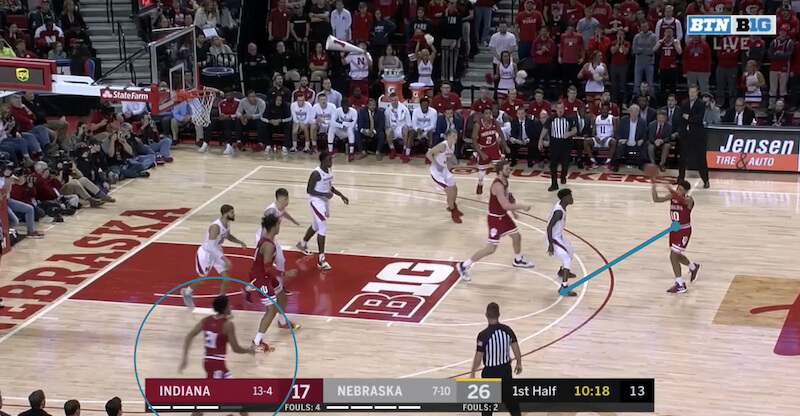 Hunter enters the ball into Jackson-Davis near the left low block: 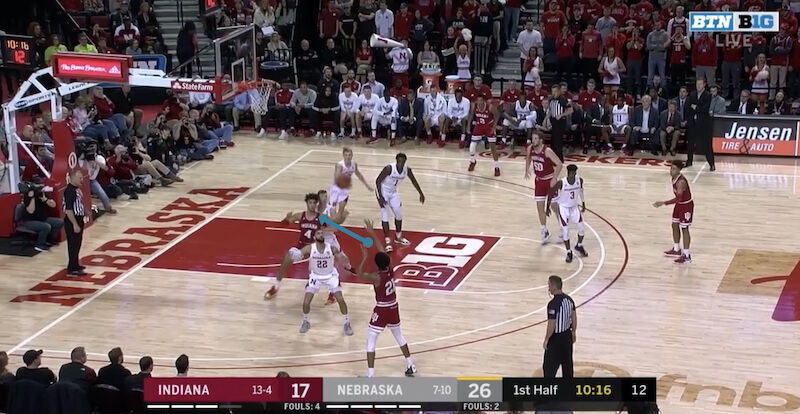 Here comes a ton of defense at Jackson-Davis. Charlie Easley rotates over from the weak side to throw a hard double on the freshman, leaving Armaan Franklin with space in the right corner. But that’s a tough pass for Jackson-Davis. Haanif Cheatham has also sunk down off Hunter to give attention to Jackson-Davis. Hunter starts moving right along the perimeter: 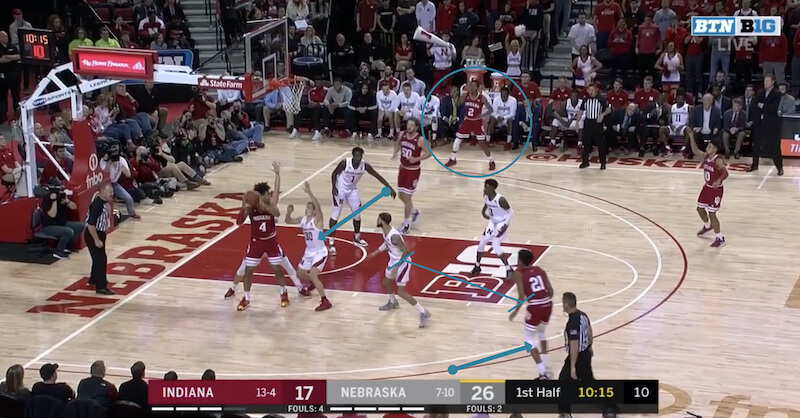 With Cheatham trying to play inbetween, Jackson-Davis dribbles out a bit and throws a hard pass to Hunter, who continues on the move away from Cheatham: 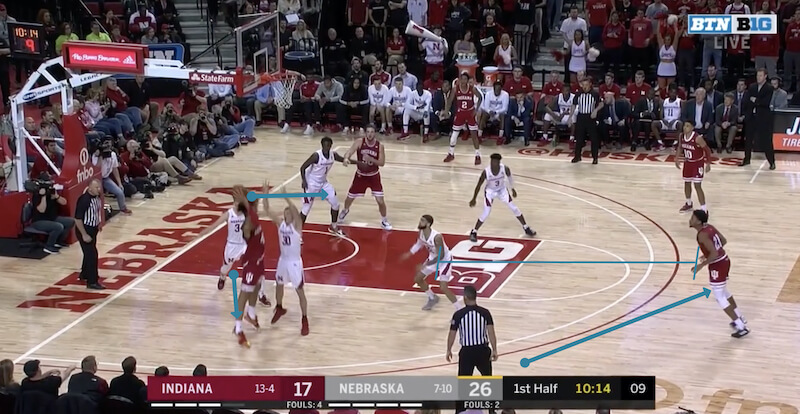 Hunter catches with a ton of space. Cheatham comes on the close out. Hunter has a rotation from Phinisee to Franklin down in the corner, but he opts to catch and square: 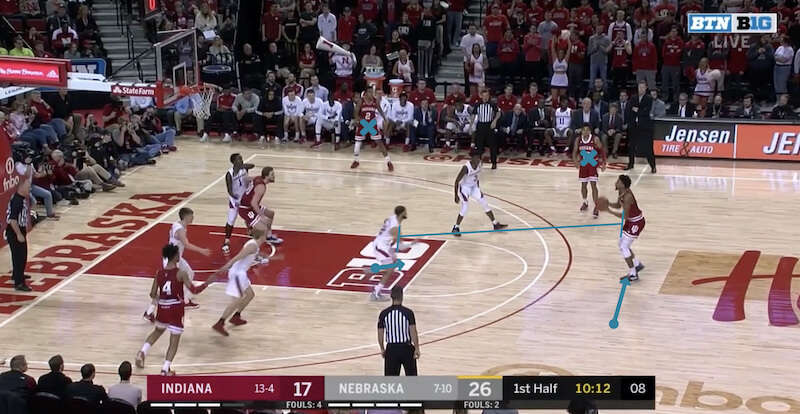 And take the 3-point attempt with Cheatham still on the ground and several feet away. It connects: 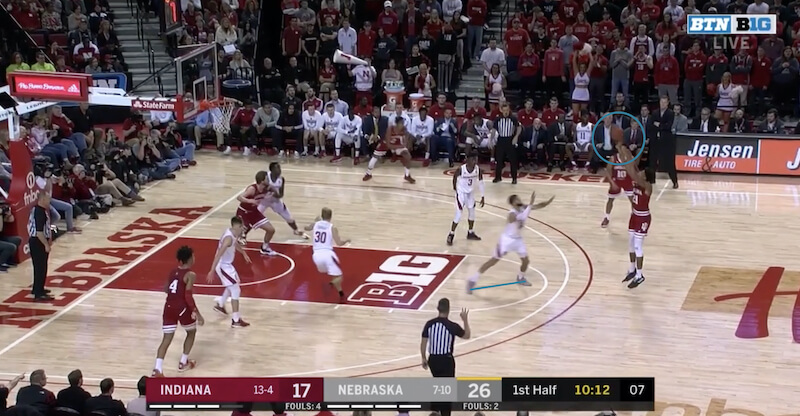 While Hunter is still finding his fit in the offense and learning to play again, it’s clear over the last couple games that he’s quite good at moving and finding space after he passes into the post. Here was yet another example of that. The movement also allowed him to catch and shoot in rhythm, as opposed to standing pat on the left wing and catching more flat-footed.