When Princeton came to Bloomington on Nov. 20, the Tigers threw a double team at Indiana’s bigs in an effort to take away Indiana’s first option. As chronicled in Film Session, IU countered in the second half by running pick and rolls on an isolated wing to get its bigs in motion towards the basket. It was a successful counter and the Hoosiers won going away.

On Saturday afternoon, South Dakota State took Princeton’s defensive game plan to its maximum. Not only did the Jackrabbits double the Hoosiers in the post, but they sagged off IU’s perimeter players, daring them to shoot while making it harder for the Hoosiers to get anything going down low.

“South Dakota State completely took the air out of the ball,” Archie Miller said after the game. “You put five guys in the paint on defense you’re going to have to make some shots. We made enough. Percentages weren’t terrible at halftime. Clearly when you’re 15 feet off your man at five positions, you’re basically saying: ‘Hey look, let these guys shoot and hopefully they miss.'”

As a result, Indiana had its worst offensive game of the season (.919 points per possession), though the Hoosiers also shot themselves in the foot by turning the ball over on 27.3 percent of their possessions and going just 9-of-18 from the line.

With the Jackrabbits sagging and walling up in the paint, Indiana’s counter this time around didn’t involve isolated pick and rolls. Instead, it had its bigs use back and cross screens in the paint and move to receive the ball on the opposite block from the wing. And as we’ll see on one first half possession, De’Ron Davis’ experience passing out of a double team was effective as well.

We’ll take a look at IU’s successes and failures against South Dakota States’s packed-in defense in the latest edition of Film Session:

Early in the contest, Al Durham brings the ball up the court and finds Armaan Franklin on the left wing early in the possession. Matt Dentlinger fronts Joey Brunk near the left low post. Alex Arians sags off Franklin, making it harder for him to enter to Brunk: 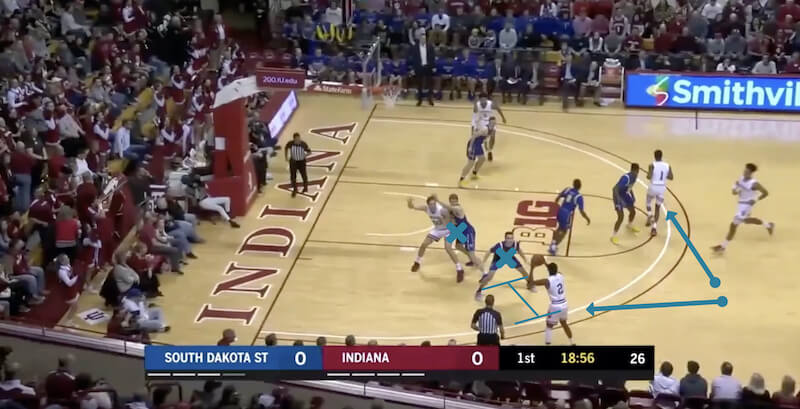 So Franklin dribbles to the top of the key as Arians, at the free throw line, continues to play several feet off Franklin. Franklin passes to Durham on the right wing. Brunk looks to re-post on the right side: 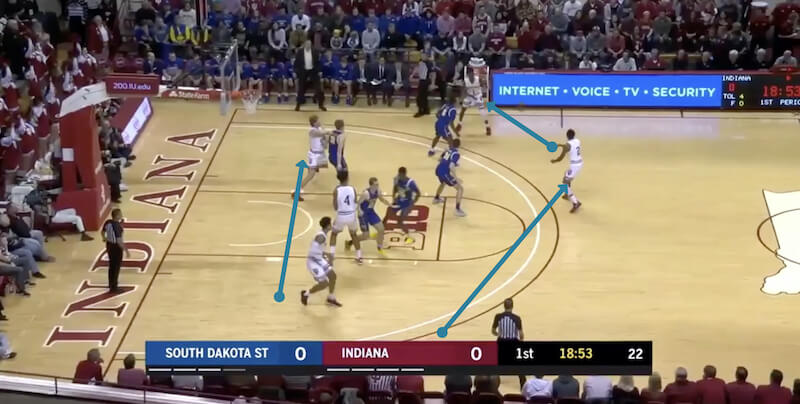 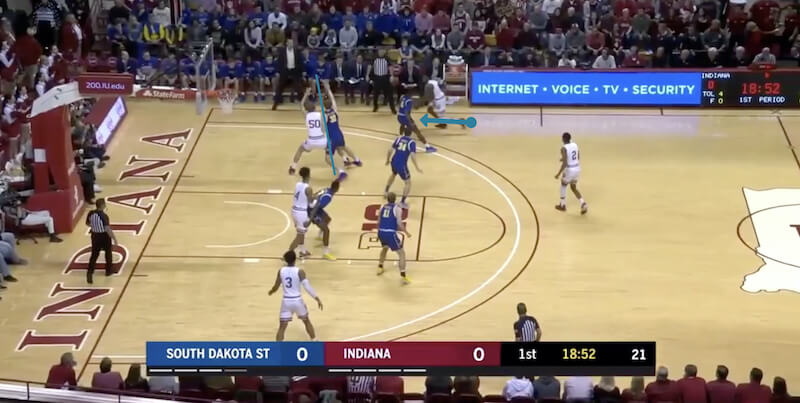 Durham’s man sinks back a bit to ward off the pass. Arians shades over, giving Franklin even more space. Durham isn’t able to enter to Brunk, so he passes back up top to Franklin: 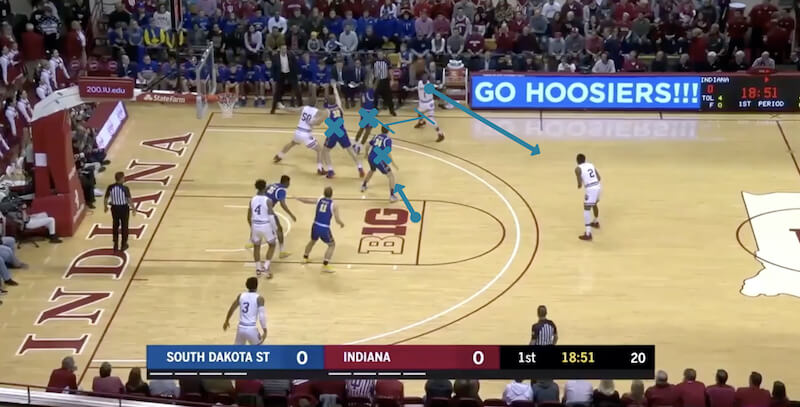 Franklin has a good seven feet of space from Arians as he begins to square up: 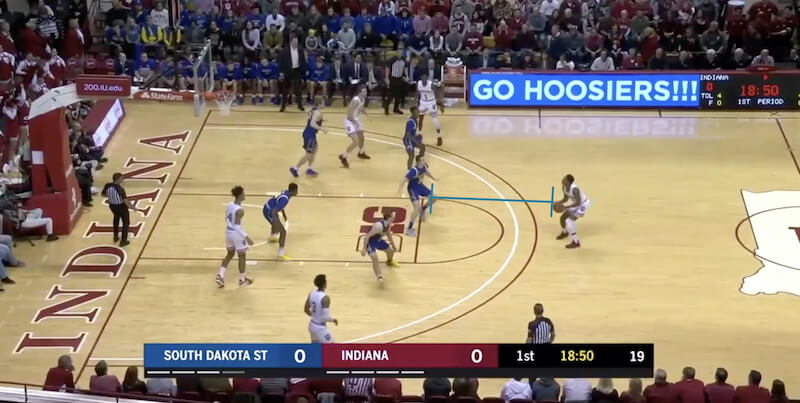 Franklin fires up the 3-pointer as Arians has no chance of a true contest of the shot: 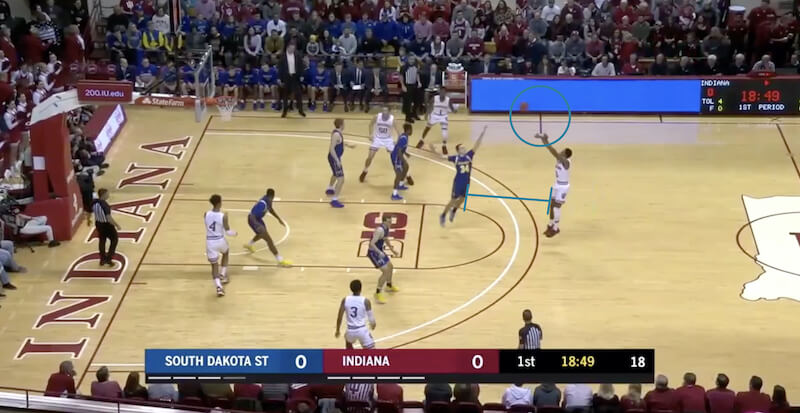 Franklin’s attempt didn’t fall. The freshman is now just 3-of-18 (16.7 percent) from beyond the arc this season. The Jackrabbits were surely playing the numbers here with Franklin. As we’ll see, they continued to pay him no respect from distance.