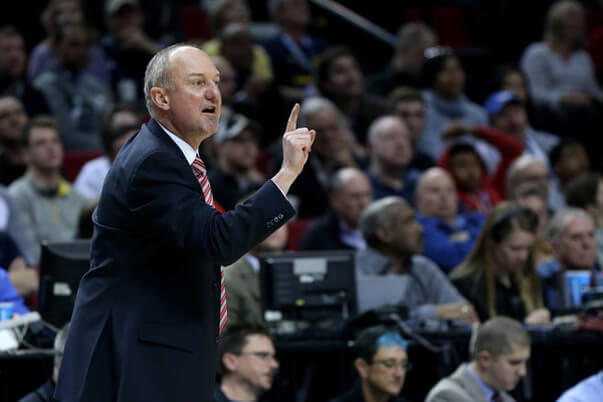 Things will be different this year in Columbus.

Russell (19.3 ppg) and Thompson (10.2 ppg) were the leading scorers last season for Thad Matta, who guided the Buckeyes to the round of 32 in the NCAA tournament.

An inconsistent team last year, the Buckeyes finished the season 24-11 overall and 11-7 in the Big Ten, the most losses for an Ohio State team since the 2008-2009 campaign.

Now Matta will be tasked with coaching the youngest team in the Big Ten. There are no seniors, and just one junior, forward Marc Loving, on the roster. The rest of the roster is made up of six freshman and four sophomores, with Jae’Sean Tate being the lone returning starter. Tate, a 6-foot-4 forward, averaged 8.8 points and 5.0 rebounds per game and made the the Big Ten’s all-freshman team.

Redshirt sophomore Kam Williams will have the opportunity to take a step forward and challenge for a starting role. Matta has compared Lyle’s ability to play both guard positions to the way Russell handled the task last year, which is high praise.

Both Loving and Tate will likely be counted on for scoring. Loving shot 46.1 percent on 3s as a sophomore. Tate posted a very good freshman campaign from an efficiency perspective with an effective field goal percentage of 59.6. Sophomore Keita Bates-Diop will also see an increased role in his second season after hitting 46.2 percent of his 3s last season.

Inside, it will likely be a rotation between Trevor Thompson, who put on 35 pounds this offseason, redshirt freshman David Bell, who gained 40 pounds in the offseason, and Giddens, an athletic post player who was an IU recruiting target at one point.

Matta will get a chance to see what his young team is made of plenty of times before the start of Big Ten play as the Buckeyes will play Memphis, Virginia, UConn and Kentucky in the non-conference schedule.

Bottom Line: Ohio State has been one of the most consistent teams in the country when it comes to making the NCAA Tournament. There are plenty of question marks this year, so the task of keeping the streak alive will be a bit taller. If Lyle is as good as advertised, and several of the other freshmen can also live up to their high expectations, a tournament berth is certainly not out of the question. Thad Matta always has his teams prepared, and it will be interesting to see how he handles such a young team, with only four scholarship players returning.

Quotable: “It’s bad to be young, but it’s good to be young. We have a lot of work ahead of us, but we’re going to be able to play a couple different ways. These guys understand that they’ve got to be ready.” – Matta to the Lindy’s College Basketball Preview