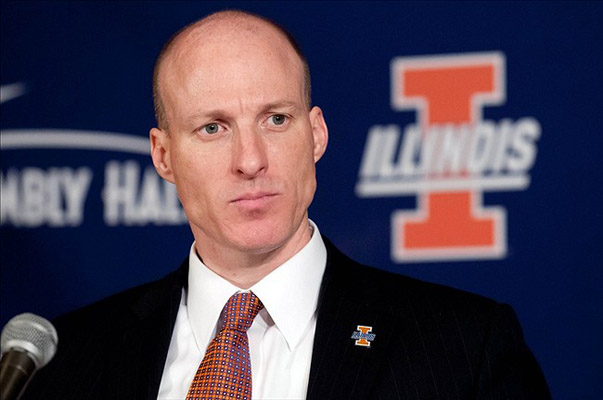 With the start of college basketball season on the horizon, we’ll be taking a long look at the conference at large as well as Indiana’s roster over the next month. Today, we continue our look at the Big Ten with the Illinois Fighting Illini.

The Hoosiers weren’t the only Big Ten team dealing with off-court issues this summer.

During the Illini’s foreign trip to Belgium, the Netherlands and France in August, Darius Paul was arrested for vandalism, public intoxication and resisting arrest in France. Head coach John Groce, after already suspending Paul for all of the 2014-2015 season for disciplinary reasons, had enough. He dismissed Paul from the team a week later.

Aaron Cosby also decided to leave the program after Groce suspended him near the end of last season.

Previously: POTB 086: Shannon Ryan on a tumultuous offseason for Illinois

Couple Paul’s dismissal and Cosby’s departure with the torn Achilles tendon point guard Tracy Abrams suffered in July which will keep him out all season, and the Illini are down a few bodies heading into the 2015-2016 campaign.

Gone too are seniors Rayvonte Rice, Ahmed Starks and Nnanna Egwu from a squad that finished 19-14 last season and lost in the first round of the NIT to Alabama. The trio accounted for 60 percent of the team’s possessions used last year.

Still, Illinois likely has enough talent on its roster to stay out of the basement of the league and compete in the middle of the pack. Malcolm Hill is back for his junior season as the team’s best returning 3-point shooter (38.9 percent) and top scorer (14.4 ppg). He figures to remain a focal point on offense.

Simeon product and fellow junior Kendrick Nunn returns as the team’s second-leading scorer (11.1 ppg). With Abrams out for the year, junior Jaylon Tate is in line to get the starting job at point guard. He sported the team’s best assist rate (25.7) and free throw percentage (84.3) among regulars. Sophomore Leron Black, a one time Indiana recruiting target, has the opportunity for more of a featured role after a freshman campaign where he averaged five points a contest.

The Illini also hit the grad transfer market and landed 6-foot-11 Mike Thorne from Charlotte. He averaged 10.1 points and 7.3 rebounds last season for the 49ers and should be an upgrade offensively in the post from Egwu. Thorne’s size is a major boost given how improved the league should be in the post this season with several freshmen McDonald’s All-American arriving.

Groce also welcomes a pretty solid recruiting trio to campus to help replace the departed. A pair of 247 Composite Top 100 players in shooting guard and Indiana native Jalen Coleman-Lands (No. 37) and small forward D.J. Williams (No. 78) join the team as does guard Aaron Jordan from Plainfield East.

Bottom Line: After a trip to the third round of the NCAA Tournament in his first season in Champaign, Groce’s last two years have seen consecutive trips to the NIT and some turmoil within the program. If the team is to return to the Tournament in Groce’s fourth season, he’ll need to find and grow the right mix of returnees and newcomers to replace the production of Rice, Starks, Egwu and Cosby.

Quotable: “It was really fun. We had a lot of really great tour guides …  It was fun playing the basketball games … It was really great for the team. We got to do a lot of team bonding. Playing against professional teams, it was different for us. So I think we got a lot out of it. ” –- Hill on the team’s European trip