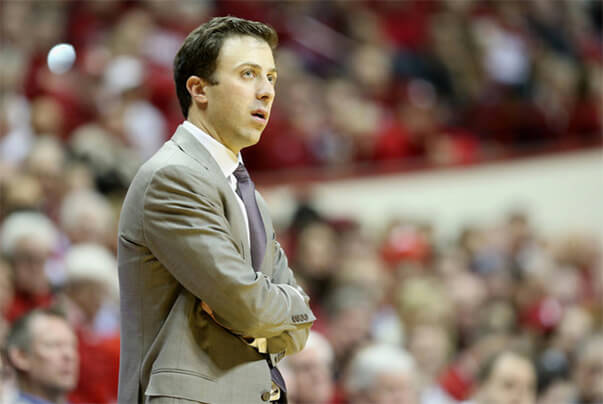 With the start of college basketball season on the horizon, we’ll be taking a long look at the conference at large as well as Indiana’s roster over the next month. Today, we continue our look at the Big Ten with the Minnesota Golden Gophers.

Minnesota won the NIT in Richard Pitino’s first season and had high hopes entering his second year in Minneapolis.

But the Gophers were one of the Big Ten’s disappointments last season as Pitino and company limped to an 18-15 record, including just 6-12 in league play, and missed the postseason altogether.

As Pitino enters his third season at the helm, there’s pressure to take a step forward following an offseason contract extension. But are the pieces in place to do so?

Minnesota’s three best players – Andre Hollins, Maurice Walker and DeAndre Mathieu – all graduated. The program did have the luxury of a foreign tour this offseason, which should be helpful given the youth on the roster. The Gophers traveled to Spain in August and finished 4-0.

The biggest question mark on the roster is up front, where the Gophers will depend heavily on largely unproven pieces. Senior Joey King averaged 9.7 points last season, hit 41 percent of his 3s and will likely start at the four. Junior Charles Buggs also returns and freshman Jordan Murphy is likely to see minutes early on the wing.

Sophomores Gaston Diedhiou and Bakary Konaté will attempt to take over for Walker, with Konaté figuring to get the majority of the minutes. As a freshman, the 6-foot-11 center averaged 2.2 points and 2.1 rebounds in just 8.9 minutes per game.

Minnesota’s strength, at least on paper, appears to be in its backcourt. Sophomore Nate Mason started eight games last season and averaged 9.8 points, 2.8 rebounds and 2.8 assists per game. Mason showed steady improvement as the season went along and will be one of the better second year players in the Big Ten.

Senior Carlos Morris is the team’s leading returning scorer at 11.1 points per game and hit close to 37 percent of his 3s last season. A pair of freshmen Kevin Dorsey and Dupree McBrayer, started in Minnesota’s exhibition finale in Spain and should push for significant minutes as well. The 6-foot Dorsey, a four-star recruit from Maryland, chose the Gophers over offers from Maryland, Virginia Tech, West Virginia and several others.

Bottom Line: Pitino enters his third season at Minnesota and his fourth overall as a head coach without an NCAA tournament appearance on his resume. Still, the athletic department rewarded him with a contract extension and appears committed to seeing things through despite his name coming up for multiple job openings last season. Minnesota’s roster underwent significant turnover and the losses of Hollins and Walker will be difficult to replace. Minnesota underachieved last season after an encouraging run through the NIT the previous season. In a league that will be incredibly difficult to crack the top 8 or 9 in the league standings, Minnesota will face an uphill battle to finish as one of the league’s ten best teams.

Quotable: “I want to do it here and I want to do it the right way. It just takes time. With that being said, (former AD) Norwood (Teague) believed in me. Norwood gave me that opportunity. It was something where I knew we would be really young this year, so I really wanted to, OK, if we’re going to do (a new contract), let’s do it and give me some time more than anything. To all the people who say, ‘He hasn’t done anything,’ I’m at the front of that line. We are going to do something; it’s just going to take a little bit of time.” – Pitino on KFXN radio about his raise and contract extension.