Indiana struggled to contain Penn State’s offense on Wednesday night, especially in the second half. With the Nittany Lions a strong threat to score from deep and playing more of a 5-out offensive style, the Hoosiers were more spread out on defense. It was often a high ball screen that got Penn State the advantage and Indiana failed to help properly or just had too much ground to make up on shooters.

We’ll take a look at three such issues for the Hoosiers — as well as two confident makes from Rob Phinisee — in the latest edition of Film Session:

With the Nittany Lions down three in the second half, Trent Buttrick sets a high ball screen for Sam Sessoms. Trayce-Jackson Davis moves left for the hedge: 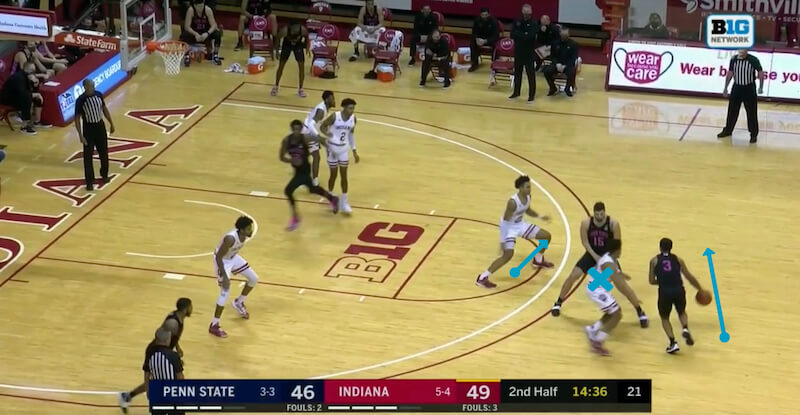 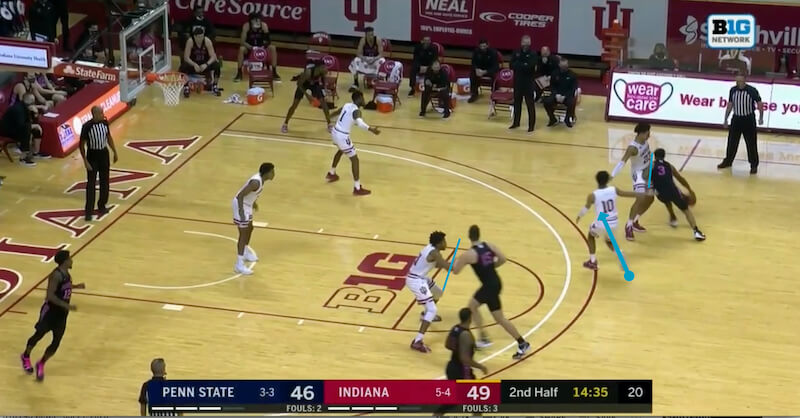 Here’s where things begin to break down a bit. Jackson-Davis lingers a bit too long on the hedge with Phinisee waiting behind to switch. Hunter moves back out to his man, Myles Dread: 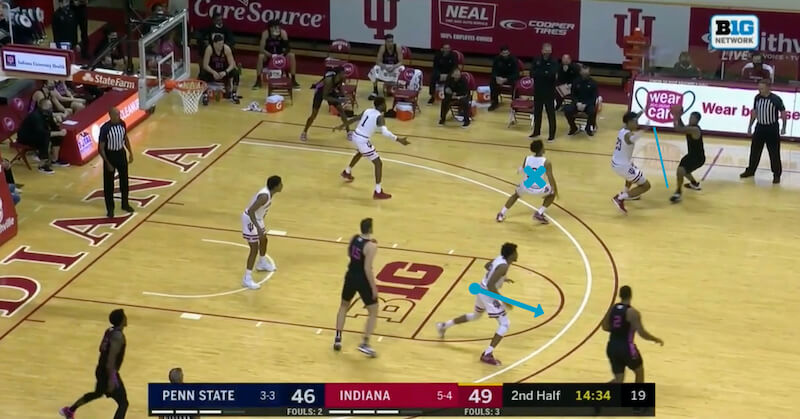 With Jackson-Davis hedging to the opposite side of the court, he’s got a lot of ground to now make up to get back to Buttrick and he already lingered a little too much. Armaan Franklin is in help position on Buttrick in the lane, leaving Izaiah Brockington open in the left corner: 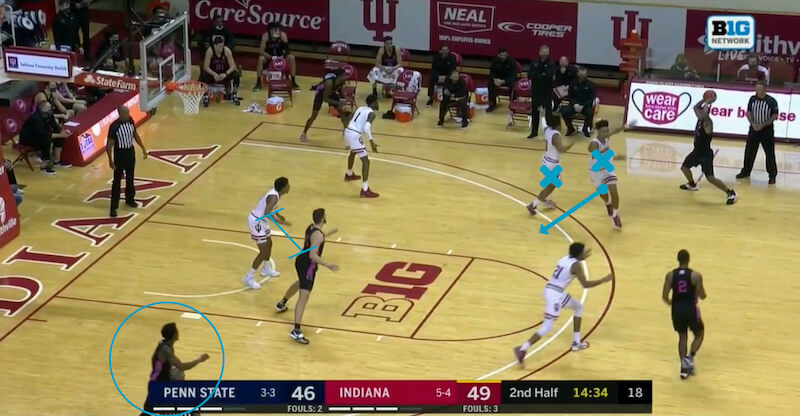 With Jackson-Davis still with ground to make up on his recovery and Buttrick posting up Franklin, Sessoms whips the skip pass across the court to Brockington: 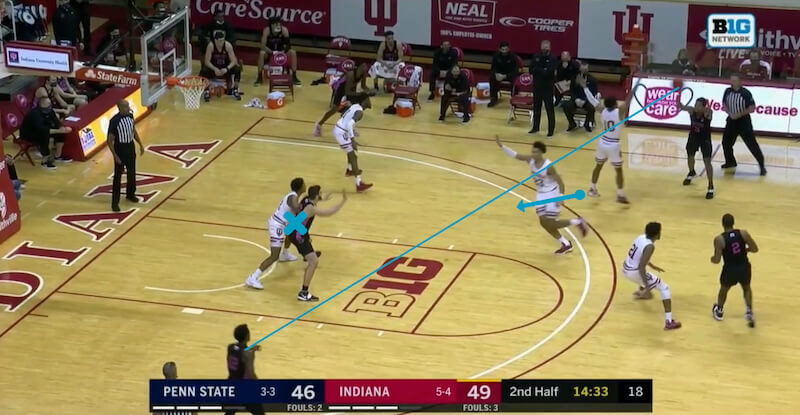 Franklin isn’t able to get close enough on his closeout to alter the shot and it falls in for three points as Jackson-Davis is now back on Buttrick: 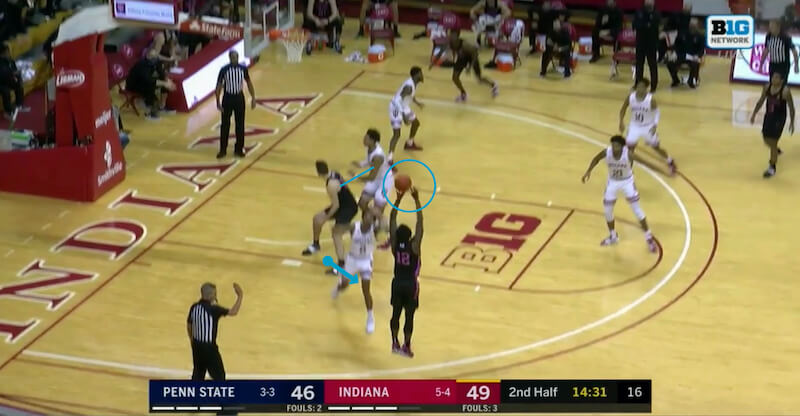 With Sessoms drawing Jackson-Davis out to the right wing on the hedge, all it took was a skip pass to find an open 3-point shooter.