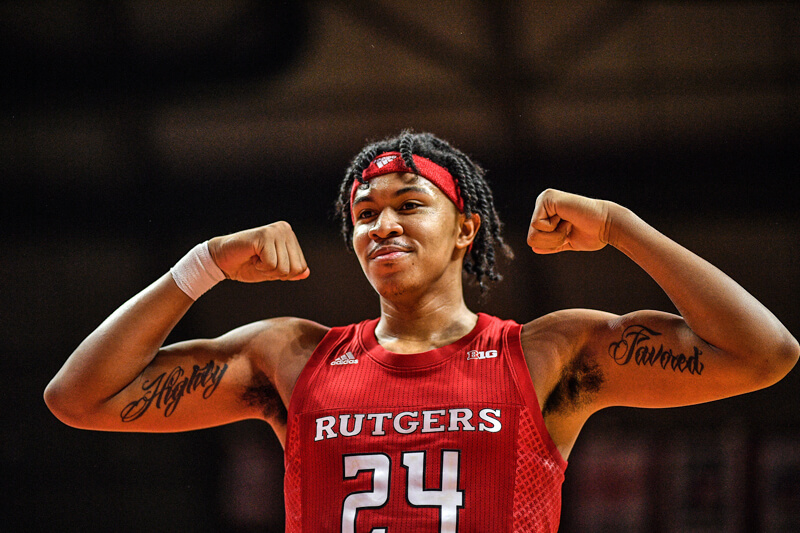 With the start of college basketball season slated for late November, we’ll be taking a long look at the conference at large as well as Indiana’s roster over the next month. Today, we preview Rutgers.

No Big Ten program was more disappointed in the ending to the 2019-20 season than Rutgers.

The Scarlet Knights had been a doormat in the conference since joining the league beginning with the 2014-15 season. But the 2019-2020 campaign was different as Steve Pikiell’s vision for turning Rutgers into a respectable program finally came to fruition.

At 20-11 overall and 11-9 in the league, Rutgers was well on its way to its first NCAA tournament bid since 1991. But the abrupt ending to the season due to the COVID-19 pandemic extended the tournament drought another year and now the Scarlet Knights must prove that last season was no fluke. That could be a challenge if no fans are allowed at Big Ten games this winter. The Scarlet Knights were 18-1 in home games last season at the RAC, but will that advantage still exist if games are played in front of empty stands?

Despite the uncertainty regarding the homecourt advantage that Rutgers might lose, Pikiell should be optimistic about his most talented team yet in Piscataway. Outside of forward Akwasi Yeboah, the Scarlet Knights return every notable player from last season’s 20-win team. Rutgers could find itself ranked in the top 25 entering the season, an unthinkable feat given how dreadful the program’s first five seasons in the Big Ten went.

The top ranked Scarlet Knight on our list of the Big Ten’s best players with UMHoops was junior wing Ron Harper Jr. At 6-foot-6, Harper Jr. made a team-high 38 3-pointers and led the team in scoring at 12.1 points per game. He shot a respectable 37.3 percent on 3s in conference play, was 16th in the league in block percentage and finished second on the team in rebounding at 5.8 per game. Harper Jr. may never play in the NBA like his father, but he’s a winning player who makes Rutgers better on both end of the floor.

Baker made a lot of big shots for Rutgers and was second on the team in scoring at 10.9 points per game. He was 11th in the Big Ten in assist rate, but has never been an efficient shooter from the perimeter. He shot a career-worst 29.4 percent on 3s as a junior and battled a thumb injury that forced him to miss three conference games.

Sixth man Jacob Young provides a scoring punch off the bench (8.5 ppg), but the senior guard struggles with his efficiency. Young had the 10th highest usage rate in the Big Ten, but shot just 25.4 percent on 3s and 44.4 percent on 2s. Young is a strong defender as evidenced by his steal percentage of 3.4, which was tops in the league.

Junior guard Caleb McConnell is redshirting this season due to injury concerns, but depth isn’t a concern in the Rutgers backcourt as sophomore Paul Mulcahy and junior Montez Mathis both return. Mathis is a rugged guard from the DMV who can defend. Mulcahy made 58.2 percent of his 2s in Big Ten play, which ranked in the top ten of the league.

In the frontcourt, 6-foot-11 junior Myles Johnson returns to anchor the post. Johnson averaged 7.8 points and 7.9 rebounds last season in 23.6 minutes per game. He was the second-best offensive rebounder in the Big Ten and fourth-best shot blocker.

Freshman Cliff Omoruyi was a big recruiting win for Pikiell last spring. The No. 48 player in the country according to the 247Composite rankings, Omoruyi chose Rutgers over Arizona State and Auburn. He is a strong post presence who can block shots and rebound. While it’s unlikely that Omoruyi and Johnson will play much together, Rutgers should not have to worry about a dropoff in production when rotating between its two centers.

Another freshman potentially in line for minutes is Mawot Mag, who could claim some of the minutes vacated by Yeboah’s graduation. A native of South Sudan, the 6-foot-7 forward is reportedly a physical, hard-nosed defender.

Bottom line: Rutgers won last season because of its defense and that won’t change this winter as Pikiell coaches his teams to play with a chip on their shoulder. Rutgers upgraded its frontcourt talent with the addition of Omoruyi and the backcourt-wing duo of Baker and Harper Jr. is one of the best in the conference. The Scarlet Knights don’t have the ceiling as some of the other teams picked to finish in the middle of the pack in the league, but the preseason accolades are justified after last season’s 20 wins. Assuming the defense stays at or near the same level and the offense doesn’t regress significantly, Rutgers should make the NCAA tournament for the first time in 30 years.

Quotable: “We had a great year last year but the year is over. I think they learned a lot of lessons. I think we accomplished a lot of firsts for the program. The players had to learn to play with pressure. They had to learn to play being ranked. They had to learn to play with the winning streak at home that we wanted to keep intact. And we play in the best league in the country. I think they learned a ton of lessons last year and they got through a ton of obstacles. You always hope as you get older as a program that those obstacles will help you to attack the new obstacles that are coming. Right off the bat, we’re preseason ranked. That’s a huge new obstacle this program hasn’t had in how long? You would know that answer.” – Pikiell to OnTheBanks.com last month.